Did you know that the Democratic Party defended slavery, started the Civil War, founded the KKK, and fought against every major civil rights act in U.S. history? Watch as Carol Swain, professor of political science at Vanderbilt University, shares the inconvenient history of the Democratic Party. Donate today to help us reach more people with this video! http://l.prageru.com/2eB2p0h

entitlement mentality, for the good of the collective, greater good, Progressivism, Slavery 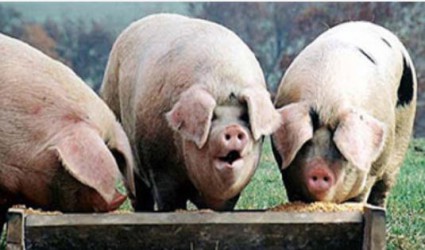 Once there was a tribe of wild pigs who lived in a remote area of the woods.

As anyone who’s spent time around pigs will tell you, they are by no means the most unintelligent of animals, and these pigs had learned to adapt quite well to their circumstances. They had fashioned dens and had gradually learned to piece together a tribal law that allowed them to work as a group when necessary to ensure an adequate if not over generous food supply, care for their young and defend themselves against any natural predators. In their little corner of the woods, they were pretty much the dominant species, and were reasonably content.

One day, a pig named Andy went missing. The others searched for him throughout their part of the forest, but they were unable to find him no matter where they looked. Andy’s fate became a major topic of conversation among the pigs. It was totally unheard of for one of them to simply disappear like that….

What is that about a free lunch? [I have bookmarked the above post under “required reading” for my younger family members and their friends.] 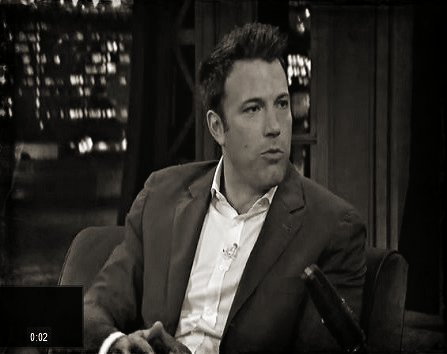 Zo explains why he will not let go of Ben Affleck’s links to slavery and Democratic politics.

In the case of Ben Affleck, it matters because he is such a hypocrite, elitist and up to his eyebrows in white guilt, something no amount of money or hubris can erase which is the reason that the skeletons that continue to tumble out of his family’s closet.

Hollywood movie star Ben Affleck has two additional slaveholding ancestors. S.L. Speisseger, who owned 3 slaves in Chatham County Georgia in 1840, according to 1840 U.S. Census, and Georgia A. Speissegger Cole, who owned 1 slave in 1863 and 1864, according to Savannah and Chatham County, Georgia tax digests found by the Daily Beast.

There would be no “scandal” had Affleck owned his family history from the jump and because he opened the door of opportunity; the grievance industry have got to be ringing the Progressive elitist’s phones off the hook for their fair share reparations.

Finally, America needs to get over this and move on. There is much at stake. The success of those with an agenda that is un-American, unconstitutional is incumbent upon the nation distracted, divided and shamefaced about the past.

It is done, should be dead and buried. Move on and stop empowering race baiters.

‘The first nation to recognize my country was Morocco,’ stated President Obama in Cairo, Egypt, June 4, 2009.

Governor William Bradford described the incident in the History of the Plymouth Settlement.
Two Pilgrim ships had been sent back to England carrying dried fish and 800 lbs of beaver skins to trade for supplies:

‘They…were well within the England channel, almost in sight of Plymouth. But…there she was unhapply taken by a Turkish man-of-war and carried off to Morocco where the captain and crew were made slaves…

Now by the ship taken by the Turks…all trade was dead.’

Muslim pirates of Morocco raided European coasts and carried away over a million to the North African slave markets, where also tens of millions of Africans were sold into slavery.

In 1627, Algerian Muslim pirates, led by Murat Reis the Younger, raided Iceland, and carried 400 into slavery.

One captured girl, who had been made a slave concubine in Algeria, was rescued back by King Christian IV of Denmark.

On June 20, 1631, the entire village of Baltimore, Ireland, ‘The Stolen Village,’ was captured by Muslim pirates. Only two ever returned.

Thomas Osborne Davis wrote in his poem, ‘The Sack of Baltimore’ (1895):

‘The yell of ‘Allah!’ breaks above the shriek and roar;
O’blessed God! the Algerine is lord of Baltimore.’

Des Ekin wrote in The Stolen Village: Baltimore and the Barbary Pirates (2008):

‘Here was not a single Christian who was not weeping and who was not full of sadness at the sight of so many honest maidens and so many good women abandoned to the brutality of these barbarians.’

‘I arrived in Algiers, that city fatal to all Christians and the butchery of mankind.’

25,000 white slaves to build his enormous palace at Meknes. He was witnessed killing an African slave just to try out a new hatchet he was given.

The Catholic Order ‘Trinitarians’ or ‘Mathurins,’ collected alms to ransom slaves.
Morocco recognized the new country of the United States in 1785 by capturing two American ships and holding them for ransom.

‘There is an order of priests called the Mathurins, the object of whose institution is to beg alms for the redemption of captives.

They keep members always in Barbary, searching out the captives of their country, and redeem, I believe, on better terms than any other body, public or private.

It occurred to me, that their agency might be obtained for the redemption of our prisoners at Algiers.’

In 1786, Thomas Jefferson wrote to William Carmichael regarding Tripoli’s demand for an extortion tribute payment, 1786:

‘Mr. Adams and I had conferences with a Tripoline ambassador, named Abdrahaman. He asked us thirty thousand guineas for a peace with his court.’

When Jefferson asked the Muslim Ambassador what the new country of America had done to offend them, he reported to John Jay, March 28, 1786:

‘The Ambassador answered us that it was…written in their Qur’an, that all nations who should not have acknowledged Islam’s authority were sinners, that it was their…duty to make war upon them…and to make slaves of all they could take as prisoners.’

Jefferson purchased a Qur’an to understand the enemy.

Nearly 20 percent of the U.S. Federal budget was used to make extortion tribute payments to the Muslim pirates, yet they still continued their piracy.

When Jefferson became President, he finally sent in the U.S. Navy and Marines to stop Morocco’s Barbary pirates.

‘Tripoli…of the Barbary States, had come forward with demands unfounded either in right or in compact, and had permitted itself to (announce) war on our failure to comply before a given day. The style of the demand admitted but one answer.

I sent a small squadron of frigates into the Mediterranean, with assurances to that power of our sincere desire to remain in peace, but with orders to protect our commerce against the threatened attack. ‘

On December 29, 1803, the new 36-gun USS Philadelphia ran aground on Morocco’s shallow coast.

Muslim pirates surrounded and captured it, imprisoning Captain William Bainbridge and his 307 man crew for 18 months.

Decatur set fire to the captured U.S. frigate ‘Philadelphia’ and escaped amidst fierce enemy fire.
British Admiral Horatio Nelson called it the ‘most bold and daring act of the age.’

The Navy and Marines later captured Tripoli and forced the Pasha to make peace on U.S. terms.
Frederick Leiner wrote in The End of the Barbary Terror-America’s 1815 War Against the Pirates of North Africa (Oxford University Press):

‘Commodore Stephen Decatur and diplomat William Shaler withdrew to consult in private… The Algerians were believed to be masters of duplicity, willing to make agreements and break them as they found convenient.’

‘Our gallant Commodore Stephen Decatur had chastised the pirate of Algiers… The Dey (Omar Bashaw)…disdained to conceal his intentions;

‘My power,’ said he, ‘has been wrested from my hands; draw ye the treaty at your pleasure, and I will sign it; but beware of the moment, when I shall recover my power, for with that moment, your treaty shall be waste paper.’‘

‘From the halls of Montezuma to the shores of Tripoli.’

Reprinted with permission from AmericanMinute.com.

Strong language from people who know the border in the latest press release for the National Association of Former Border Patrol Officers.. In their last release they came right out and said the so called Humaitarian Crisis at the border had been orchestrated by the Obama Administration, this time they’re calling for military intervention, because:

This is not just another of the administrations manufactured crises, this time The Republic hangs in the balance.

For those who might still doubt that the massive surge of illegal aliens coming across the U.S.-Mexico border is a “manufactured crisis”, I direct you to an earlier post, “BUSTED! DHS, Obama Admin posted request for “Escort Services for Unaccompanied Alien Children” Back in January 2014.”

This is not a humanitarian crisis.

You don’t have to be a big conspiracy theorist or a paranoiac to see a connection, or a common thread, among trends being pushed by the Progressivist Movement at this stage of American history. And by Progressivist Movement, we do not mean a strictly coordinated conspiracy. Marxism, Fascism are not conspiracies, they are movements. Evil in their implementation and their ultimate result, to be sure, but based upon ideologies always created under a “theme” of some Utopian or Utilitarian ideal. It’s only in the aftermath of the implementation of these ideologies, or adoption of these “movements” by governing or ruling factions, when the human tolls in subjugation,misery and death begin mounting up, that people start crying “Oh, my God! How could this happen?”