In between dozing off last night with the television on in the background  I caught tidbits of The Next Revolution with Steve Hilton which airs Sunday night’s on the Fox News channel.  One such block was Hilton’s discussion on “The Right kind of Populism” and the left’s. 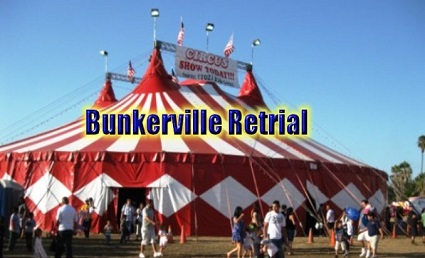 Judicial activism?  The fix is in?

Judge Gloria Navarro has made new rules for her courtroom that (I would bet) stun even the prosecution.

Last week, Judge Navarro shocked the courtroom with her manipulation of jury selection in the Bunkerville retrial in Las Vegas, Nevada. She refused to allow the defense to have their allotted peremptory challenges and selected the jury for them.

Today, during the questioning of the first witness of [then Under-sheriff] Lombardo, Judge Navarro’s control issues took a very bizarre twist[…]

The swamp extends to the judiciary.

Barack Obama, Obama’s administration, including the likes of Eric Holder, Loretta Lynch, John Kerry and that racist scum, Harry Reid [in addition to his band of thugs down to state and local offices] have committed crimes against the Republic.

Obama’s legacy ended with a nation traumatized and divided because of his war and unconstitutional acts against Americans from the Operation Fast and Furious, IRS targeting, gun control, the war on gun owners, gun businesses, James Rosen, whistleblowers, Conservatives, Christians and worst of all, humiliation and dismantling of the U. S. military, the Veterans Administration scandal in which our veterans have been refused decent and TIMELY medical services, betrayal of our allies and the Republic and befriending Islamic jihadists. The list is of crimes is endless.

We, the people, must deserve and accounting and justice justice beginning with a full investigation of everything Barack Obama tainted during his tenure in the White House.

In addition, Senator Ted Cruz (R-TX) has compiled reports of Barack Obama’s “Lawless Abuses of Power” which are posted on his website, Cruz.senate.gov.

…Operation Fast and Furious: Obama partisans seem to think any given example of abuse or ineptitude by their man stopped being a “scandal” the moment it seemed clear he wouldn’t be impeached over it. Operation Fast and Furious, the Obama administration’s insane program to use American gun dealers and straw purchasers to arm Mexican drug lords, is a scandal with a huge body count, prominently including Border Patrol Agent Brian Terry and Immigration and Customs Enforcement Agent Jamie Zapata, plus hundreds of Mexican citizens. Agent Terry’s family certainly thinks it qualifies as a scandal.

It is difficult to imagine any Republican administration surviving anything remotely close to Fast and Furious. The media would have dogged a Republican president without respite, especially when it became clear his Attorney General was putting political spin ahead of accountability and the safety of the American people. Remember, AG Eric Holder escaped perjury charges by claiming he didn’t know what his own subordinates were doing – a pioneering, but sadly not unique, example of an Obama official using his or her incompetence as a defense. For years afterward, we would hear some version of “I’m not a crook, I’m just completely inept” everywhere from the Department of Health and Human Services to the Department of Veterans Affairs….

A petition was posted last evening on the WhiteHouse.gov petition site demanding an investigation into the illegal activities of Barack Obama, his senior advisors and cabinet members. Please share. 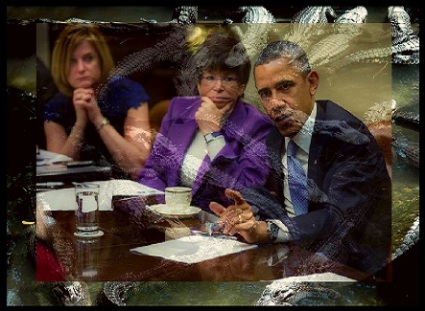 The problem with socialism is that eventually you run out of other people’s money and once the voters send Progressive bureaucrats packing, failed policies and all, there is the need to revise history.

In the case of Barack Obama, voters rejected a third-term presidency via Crooked Hillary but that is not stopping Obama’s sidekick, Tonto, correction Valerie Jarrett from pushing the fallacy that the Obama’s White House has for both terms been scandal-free.

Jarrett a pathological liar like her boss is repeating a statement made by Barack Obama several weeks back.

.@POTUS: “I’m extremely proud of the fact that over 8 years we have not had the kinds of scandals that have plagued other administrations.” pic.twitter.com/Uv6ZVHl4H8

To which Ex Dem Latina responded:

@FoxNews @POTUS guess if he keeps saying it all including him will believe it pic.twitter.com/VlIgvqdb9U

But try as they might, not even the Obama monarchy can erase the truth that Barack Obama has been up to his eyebrows in scandals one right behind and often on top of each other courtesy of draconian regulations thrust upon Americans against our will by a Progressive bureaucracy.

Just because Obama and his minions spin the lie that there has never been “a scandal” in the Obama White House, do not make it so.  From Operation Fast and Furious included among the many Eric Holder scandals to Obamacare to the IRS targeting scandal to the Benghazi and Bowe Bergdahl scandals and so on, John Hayward of Breitbart News has compiled a small list of Obama scandals:

…The great “stimulus” heist: Obama seems to think nobody will remember he grabbed almost a trillion dollars for “stimulus” spending, created virtually zero private-sector jobs with it, allowed a great deal of the money to vanish into thin air, and spent the rest of his presidency complaining that he needed hundreds of billions more to repair roads and bridges.

Vast sums of taxpayer money were wasted on foolish projects that came close to the Keynesian economic satire of hiring some people to dig holes, and others to fill them in. Obama added insult to injury by appointing Vice President Joe Biden as the “sheriff” who would supposedly find all that missing stimulus loot[…]

For the record, until this day, the vanishing funds never resurfaced.  In addition, Americans remain in the dark as to whom absconded with trillions of taxpayer dollars.

Alfonso Rachel and the Dr. of Common Sense sets the record straight:

The nanny state never takes a break, not even in the middle of a hot summer day.

Every summer, Justyn Myers and Jake Long organize Philadelphia’s Cedar Street Block Party, a day of fun and festivities for residents in the Olde Richmond neighborhood. Like any good block party, there’s plenty of music and food, but in the middle of a heat wave on the Eastern seaboard they wanted to up the ante with an impromptu pool.

So the organizers rented an old dumpster, cleaned it out, sealed it, put down a tarp on it and filled it with water. Voila! Instant pool for a hot summer block party.

There’s only one problem: Philadelphia bureaucrats.

Yes, this little dumpster pool was highly illegal, according to the Philadelphia Department of Licenses and Inspections. 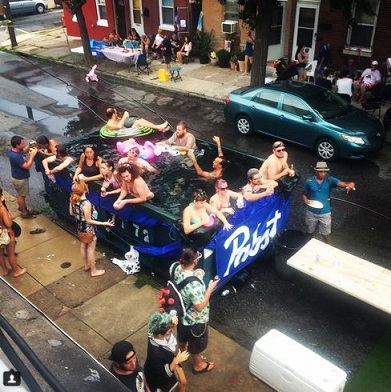 “A building permit is required to put up, even temporarily, any pool that is longer and/or wider than 12 feet and that holds water at a depth greater than two feet,” said Karen Guss, communications director for L&I, to Billy Penn.

Indeed, according to Myers, the day of the pool party, L&I left signs on their soon-to-be-dumpster-pool with the word “permits?” on them.

If that weren’t enough, the city then decided it had been too soft: City Hall issued a statement through Guss that, even if these kinds of pools were technically legal if permitted correctly, they would refuse to issue permits should anyone attempt something similar — and that the Cedar Street block party would not receive any permits, pools or otherwise, to operate in the future[…]

Permission to republish w/attribution granted by the Franklin Center for Government & Public Integrity.