In the meantime, while New York City is on its way to becoming a bigger shithole than Detroit, Chicago and parts of California, corrupt bureaucrats and the State’s judiciary are plotting to indict President Donald J. Trump.

This is outrageous and corruption at its worst. 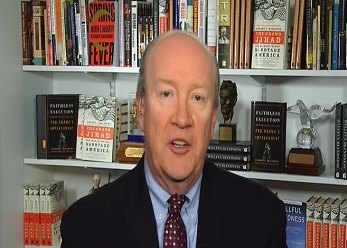 A former federal prosecutor and Fox News contributor Andy McCarthy said Sunday that “it’s clear” President Trump is the target of a Southern District of New York investigation and prosecutors will indict him.

“The Southern District of New York case on Cohen, They are clearly going after the president on campaign finance violations, and I think if you read the sentencing memo the Southern District filed in Cohen’s case, it’s clear that Trump is the target and he’ll be indicted eventually,” McCarthy said on ‘Fox & Friends Weekend’.

McCarthy wrote in an op-ed that the DOJ guidelines say they can’t indict a sitting U.S. president. The statute of limitations will run out if he serves two terms, McCarthy said.

The Democrats made certain Republican Dinesh D’Souza was put in prison but when Barack Obama had a violation of $2 million, all his campaign had to do was pay a fine. The violations were arguably minor, however.

Below are a few other articles from Independent Sentinel that are worth checking out:

And that is just the front page.