European authorities are becoming increasingly concerned about the impact of Islamist online content in the wake of the Paris attacks. Shown here: a still from an Islamic State propaganda video titled “The Feast Day of a Muhajid.” In the video, an Islamist is shown strolling through a market and buying a toy machine gun for his son. (screenshot)

Nations all but admit that they are helpless when it comes to the Islamic State’s social media talents which include recruitment. Yet, these same countries are enormously successful at scrubbing the internet and sanitizing social media thereby keeping its citizens in the dark regarding the extent of Islamic terrorist attacks, the occurrence of the terrorist attacks and the savagery of their misdeeds.

Until last Friday, there had been only one incident in which suicide bombers blew themselves up in a major European city — in London in 2005. Now German security experts believe almost anything is possible. The German government reacted promptly to the Paris attacks, increasing controls at borders, train stations, airports and other vulnerable locations. The Federal Office for the Protection of the Constitution (BfV), Germany’s domestic intelligence service, began paying even closer attention to the roughly 420 individuals in Germany classified as potentially dangerous Islamists. The surveillance network in the Salafist community was tightened to the greatest extent possible.

Nevertheless, the security services were forced to acknowledge that their hands are tied in other respects. The attacks in Paris were greeted with cheers in part of the German-language web, and young Islamists repeatedly shared images of the dead and of shell-shocked citizens on Snapchat and Twitter.

“And never pray for one of them who dies, nor stand at his grave, for they do not believe in Allah and his envoys, and they died as evildoers” supporters of “Wacht auf” (Wake Up), a Salafist group in Offenbach near Frankfurt, wrote on Facebook. A German-speaking fan of jihad wrote, supposedly from the “heart of the caliphate”: “IS is strong and capable of revenge.”

In the world of social media, the Islamic State is having a devastating effect — and, so far, the authorities in Germany and beyond have been hopelessly at a disadvantage…. 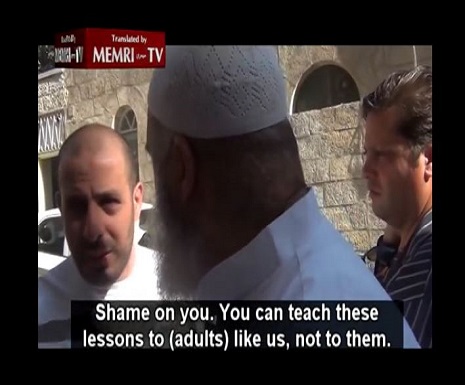 The Middle East Media Research Institute recently posted stunning video of a sheikh preaching radical Islam — focusing particularly on the glories of martyrdom and how to attain 70 virgins in paradise — with a group of young children in Jerusalem.

Many similar videos leave viewers sitting in horror, wishing they could reach through the screen to interfere. In this case, an apparent Arab passerby interfered on the viewer’s behalf.

‘Listen, sheikh,’ he interrupted. ‘They do not understand what you are saying. They are children….’

The low life in the video is Sheik Khaled Al-Maghrabi. Al-Maghrabi who is preaching jihad to children attending his summer camp at the Al-Aqsa Mosque in Jerusalem once said that women who keep their social media passwords secret from their husbands are violating Shariah Law.

Sheik Khaled Al-Maghrabi: I would like to draw your attention to something, brothers. In marital relations, the wife must not keep any secrets from her husband. If the wife has a cell phone and she uses a password, but refuses to give her husband the password, this constitutes a violation of Islamic law. This is prohibited. A woman is not allowed to block her cell phone from her husband.

If, for example, she has a Facebook account with a password, but her husband does not know the password, this constitutes a violation of Islamic law, because her husband must be able to check her Internet account at any time. That is his right! He is entitled to demand this.

Under no circumstances whatsoever may a woman have a cell phone, a laptop, or any kind of Internet account, which is locked with a password that is unknown to her husband. This would constitute a violation of Islamic law regarding marital relations….

The world is far too tolerant of Muslim indoctrinators like Al-Maghrabi who in another video can be seen promoting “blood libel.”

Sheikh Khaled al-Maghrabi, a religious teacher at the Al-Aqsa Mosque who is on the payroll of the Waqf (the PA religious authority), for using his class to promote the infamous “blood libel” screed that “explains” why the Nazi Holocaust took place.

The “Blood Libel” is a Christian medieval canard that accuses Jews of using the blood of children to make Passover matzah. In a video posted on YouTube, Al-Mughrabi says, “The Children of Israel… would look for a small child, kidnap and steal him, bring a barrel called the barrel of nails… They would put the small child in the barrel and his body would be pierced by these nails. In the bottom of the barrel they would put a faucet and pour the blood.” He told his students to Google “Jews’ Bread” for proof…..

If unable to view above video, you can see it here and the transcript here.

I suspect that I am not the only voter who sensed that Americans were manipulated these past election cycles into electing candidates that gave the appearance of being in touch with voters only to witness a sharp pivot away from the interest of voters by elected officials to do the bidding of lobbyists.

How did this happen and what are the odds of history repeating itself? You decide.

Both parties have contracted the tech industry to mine and collect data from our cell phones, credit cards, discount cards, social media down to the Google Play Apps we download, a major invasion of privacy intended to control the message and for the purpose of manipulating voters.

The Intercept, by Farai Chideya

…In 2012 the two major parties spent about $13 million on data mining (while the individual campaigns spent untold millions more), with larger outlays predicted this time around. And while we can’t opt out of being a part of political data any more than most people can opt out of having a credit score, we can be aware of how we’re being measured; how our social media behavior and contacts are being used; and how to pay attention to our own interests in a world rife with political messaging. “The more people understand how people are being marketed to through their stuff is important,” says Frank Pasquale, a University of Maryland law professor….

Continue Reading – Political Data is Everywhere — But What Does It All Mean?

Be afraid, America. Be very afraid.

As expected of Marxist rags, Salon and Alternet under the pretense of choking on gobs of white guilt roll out the Alinskyite tactics because Black lives is all that matters. NOT. For those pushing the lie, it sounds good and gets useful idiots riled up.

Because, you know, liberals hating police is so in right now, why care when they’re murdered?… Via Salon : We’ve all heard it now a thousand times. If not by our brain dead cousin on facebook or our racist uncle over dinner, we’ve all heard it. If not in person we saw it ferment in rightwing media. If not from Geraldo we heard it on Hannity. If not on Hannity, we had the misfortune of reading it in the New York Post: Another NYPD officer shot — and no one will march to protest No demonstrators will block traffic […]

Outraged Americans decrying the lack of outrage and protests over the killings of first responders are a thorn in the sides of Communist White House sock puppets who for months have pushed “Hands Up, Don’t Shoot” propaganda long after proven to be untrue.

Yet, who would they call up when up a creek without a paddle? FIRST RESPONDERS. So, there — #BLUELIVESDOMATTER – -Where is the outrage.

One more thing to the Commie media slinging mud and accusing others of that which they themselves are guilty, i.e., supporting the protests of those calling for “dead cops” is revolting. 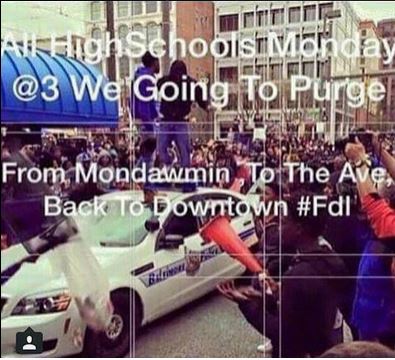 Megyn Kelly “The loudest people always get heard.” Kelly is right but while they are head, it does not mean that they are right.

Communists are not only pushing the agenda, they have co-opted the legacy of Dr. Martin Luther King, Jr., the Civil Rights movement are guilty of revisionist history and have indoctrinated the rioters/thugs who actually believe that they are following King’s example when in reality, they sully the legacy. 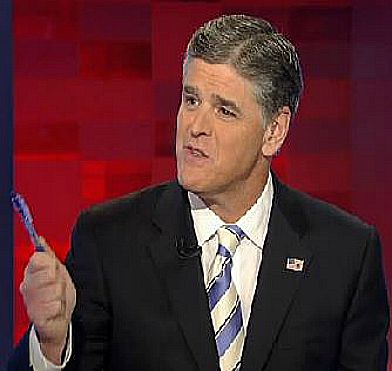 It appears that a Twitter brawl broke out earlier today between Sean Hannity, ISIS’ Jihadi John and Twitter followers. (I wonder what role the State Department played in this social media fracas. Oh wait, the Obama administration wants to give the barbarians jobs).
God bless America. America has your back @seanhannity.

“@PatrickRoe353: @seanhannity @islamujahideen the power of Sean compels you” This is funny! — Sean Hannity (@seanhannity) February 17, 2015

“@islamujahideen: Shaykh Usama used this policy against the U.S. The Shaykh who hid behind his wife when a US Seal shot him in the head DEAD

“@Payne_RJ: @secupp Hope your security is on point looks like you got their turbans in a bunch” Live Free or Die. We r Americans!! — Sean Hannity (@seanhannity) February 17, 2015

“@islamujahideen: @seanhannity We’ll see you in New York.” LIKE THE GUTLESS COWARD YOU ARE, YOU HIDE YOUR FACE. MAN UP, SHOW THE WORLD.

“@islamujahideen: @seanhannity The blood of our people will be remedied with revenge of equal quantity.” Blah blah. Show your face coward — Sean Hannity (@seanhannity) February 17, 2015

@islamujahideen @seanhannity hey John, if you’re such a badass take off your mask