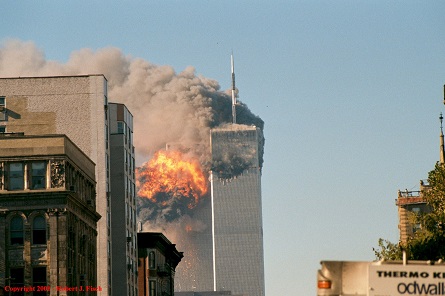 I was an Observer/Controller at the Joint Readiness Training Center, Ft Polk, LA.  The Command took care of us, when we weren’t in the “box” we worked half days and three or four day weekends.  Ft Polk is the middle of nowhere but is within five hours of Houston, Shreveport, Baton Rouge and N’Orleans.  Talk about some places to party!  Party during the 90 odd days of the year you aren’t in the box.

Every month a Brigade from the US Army comes to train in the box at JRTC.  It is the premiere Light Infantry training site in the world.  The 509th Parachute Infantry Regiment (Geronimo) provides the Opposing Forces (OPFOR) and they are good at what they do.  I learned more by watching my peers fail at JRTC more than anywhere else in my career.  I must thank every one of them for sharing those lessons with me.  I suffered some shitty times with my Blue Force (BLUFOR) counterparts, wading thru Louisiana swamps chest deep, being lost like forty m*therf*ckers.  Having 10,000 mosquitoes bite and lift, threatening to carry you away.  Waking up with swollen lips from the nasty stagnant water the mosquito had been dragging it’s proboscis through.  We averaged 250 days in the field each year.  Way more than half, but we did trade in and out, we called it “refit” when we could go back home shower and be human for a day.

September eleventh, 2001 was my day for refit.  My partner came out to the box, relieved me and I drove my HUMVEE to the rear.  I parked, carried my dirty gear to my truck and drove home.  It was about 0800, Central Time.  I stopped and got a six pack on the way home.  My wife was already at work and the kids were at school.  I got home, cracked a beer and turned on the TV.  The first thing I saw was the first plane hit the tower.  The rest, the jumping bodies, the second plane, the collapsing buildings is all a blur.  A blur of outrage and growing anger.  I stared at the TV all day long, uncomprehending, lost in anger and the desire for vengeance.  Anger helped me hold back the tears.

The growing anger grew as I remained stuck in Louisiana and other units deployed to take vengeance.  I couldn’t participate but that was the one thing I wanted.  I helped train the 101st Division to go to Afghanistan but couldn’t go myself.  Finally in early 2003 I was re-assigned to the 82nd Airborne Division[…] 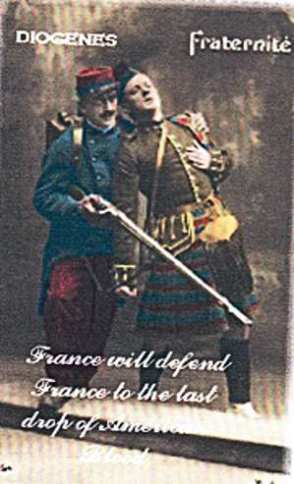 “Trade War” is a term the enemies of Donald Trump use to denigrate his proposals for restoring a balance to American trade policies.

Only it’s not “trade war” but trade brinkmanship, which, as it was first used to define JFK’s strategy against the USSR in his years in the White House, were intended to prevent a war, not execute one.

I’m actually old enough to remember those days, and the term’s use so know it’s not unlike the principle’s laid down by Donald Trump in his best seller Art of the Deal.

JFK’s use of the term vis a vis the USSR and Khrushchev was not unlike Reagan at Reykjavik in ’86 or Trump-Putin at Helsinki only a few days ago. In each case the American president, out of the hearing of the media, laid all their power cards on the table, making it clear to the other side we could not be matched. Out of sight of the kibitzers this could be done by allowing them to save face, and go home and give it some deeper thought. Khrushchev brought the missiles out of Cuba, Gorby threw in the towel as he knew they could not match our economy in developing our Strategic Defense Initiative (SDI), and likely Putin got the same message, for of three Russian versions, 1962, 1986 and 2018, his position is weakest. Yep. Weakest.

Trade issues with the European Union and China are essentially no different; known strengths versus known weaknesses.

All of China’s plans for regional political hegemony are based on the success of their economy, and most of that would go up in smoke if America quit buying their stuff. The sheer size of our market dwarfs all others.

(There are dozens of fatal flaws in the Chinese internal management system and the way they did their book that made them vulnerable to even regional competition, with US private sector support, which I first set out to prove in 1989, before the fall of the Berlin Wall which directed me elsewhere. In Asia I liked working with local entrepreneurs but found American partners impossible. The American manufacturing ethos has since changed, so if I were to midwife relationships today, I’d look for American small business entrepreneurs who are a little more hands-on.)

I meant the to post some of this content yesterday but Saturday got away from me as I was catching up on three days of CPAC 2018, footage of which I will begin posting  tomorrow.

However, before getting to Grumpy Daily Headlines, I thought it worth sharing with you two videos.  The first is a video of President Ronald Reagan’s February 11, 1988 CPAC Speech:  ‘On The Frontier of Freedom’ which is immediately followed by President Donald J. Trump’s CPAC speech this past Friday (2/23/2018).

And one for the books.  Enter Candace Owens and her review of the movie, “Black Panther” which would surely cause the likes of Al Sharpton and Black Lives Matter to blow their tops. 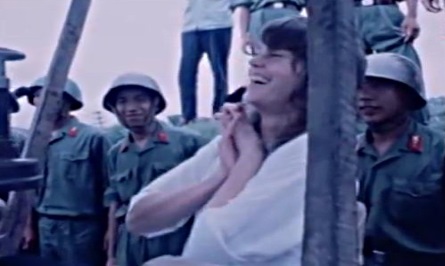 Q: Has America had any enemy or antagonist since W0rld War II which the Democratic Party has NOT made common cause with?

To make “Common cause” generally means “to unite one’s interest with another’s” and since the 1970s the term has been associated with a liberal leaning political group by the same name, who first came into being to urge the United States out of its war in Vietnam….but only after a safe distance (four years) could be established between the Vietnam War and the Democratic Party administrations, (Kennedy and Johnson), who started it.

(The Vietnam War was once called by National Review and William F Buckley the “last Liberal war”, per John Roche, friend of WFB, and one of LBJ’s architects of that war.)

An apt name, Comm0n Cause, for although the Democratic Party of Franklin D Roosevelt did not make common cause with the Soviet Union of Josef Stalin, the American Left did, and they made common cause with the Democratic Party. It was a tawdry romance that had existed since Wilson, but rings and vows would not be exchanged sealing their marriage until 1976 when the Left formally took over the Party. But if the Democrats had a state department, the Left had been it since the formation of the League of Nations in 1919.

But the proof was always there for people inside the loop. The “people” who were not in the loop where those whose only access to information was the national press corps.

In the 1930s, with the rise of Hitler in Germany, almost all of America joined to hate the Nazis. And Hollywood produced films about them, mostly B-action movies about G-men and derring-do. But no one in America knew that genocide was taking place inside the Soviet Union, especially the Ukrainian famine in 1932-1933, killing 7-10 million.

No one in America knew this had happened largely because the New York Times, who covered it, never reported it…even though they knew. In fact, their reporter there, Walter Duranty, earned a Pulitzer Prize for not reporting it, while instead sending back glowing reports of the Brave New World Stalin had chiseled out for Soviet citizens (who had not died or been sent off to the Gulag)[…]

“My life didn’t really begin until I met Ronnie,” Nancy Reagan wrote in her memoirs

Nancy Reagan, left, brings out a birthday cake for a surprise birthday party in honor of her husband President Ronald Reagan in the Press Room on Feb. 4, 1983. Courtesy Ronald Reagan Library

Continue — Relive the Romance of Nancy and Ronald Reagan in Pictures

While I would love to post all of the other photographs provided in the article, there is the matter of copyright infringement. The photographs can be viewed at the link above. Enjoy.