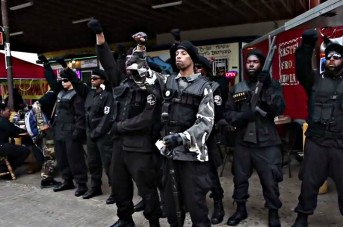 In a radio interview that was set to air Sunday night, national minister of defense for the People’s New Black Panther Party, Babu Omowale informed journalist, Aaron Klein, that the NBPP is laying out plans to establish “a Black nation” with their own government on U. S. soil.

“A nation within a nation,” the plan is to get Blacks to move south to states “claimed” by the NBPP, i.e., Louisiana, Mississippi, South Carolina, Alabama, and Georgia and to take control of the economy is said states.

…Omowale was speaking in an interview set to air Sunday night on this reporter’s talk radio program, “Aaron Klein Investigative Radio,” broadcast on New York’s AM 970 The Answer and News Talk 990 AM in Philadelphia.

The revolutionary stated: “We just need to start migrating back to those states and taking control of the economics in those states. If black people move in, most definitely white people will move out. So it’s not a hard process for us to have our own country within a country….”

Omowale is confident that once Blacks begin migrating south en masse (really?) that Caucasians would flee for their lives. (Sounds like a Richard Pryor joke.)

How would Black gain control of the economy? By land ownership.

And how would they procure land ownership?

Under Omowale’s plan, not through securing employment but reparations.

Asked by this reporter what his group’s endgame is, Omowale replied:

We just need to start migrating back to those states and taking control of the economics in those states. If black people move in, most definitely white people will move out. So it’s not a hard process for us to have our own country within a country….

Communists and their utopia, the tab of which is to picked up by the American taxpayer.

Either Omowale has not read Agenda 2030 or he’s being intentionally deceptive.

Omowale derived his talking points from Marcus Garvey who one century ago called for ” the separate self-development of African Americans within the United States.” Garvey also called for Blacks to return to Africa.

In the 1960’s, the Back to Africa resurfaced as many Blacks immigrated to Africa. Many returned to the USA disillusioned because of the chilly reception and rising tensions between South African blacks and American blacks.

That would explain Omowale’s endgame calling for a “Black nation and economy” except this time around rather than expect Blacks to achieve their means by educating themselves and work to achieve the endgame, he simply wants to achieve via the doling out of free stuff.

See Disrupt the Narrative’s post, Of Course we’re upset by the Media Complex Cover Up of Radical Obama in 2008. What about 2012?

Michael Eric Dyson, member of the Democratic Socialists of America (DSA) knows damn well that Barack Obama has not done a damn thing for the Black community.  He also knows that four more years of Barack Obama will totally demolish the Black community setting it on the road to no return; but oh to have a Black man in office even if his ideology is to the detriment of us all.

Just received the following email from Bond Action and thought it worth sharing.  Please feel free to pass it on and expose Progressives for daring to defraud and deceive Americans in the name of Dr. Martin Luther King, Jr. 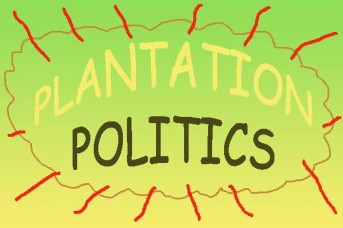 Shame on them and shame on the pastors and leaders in the Black community for participating in the perpetration of this scam.

OWS And M.L.K.? No Way! Conservative Black Minister Speaks Out Against Occupy The Dream Events

LOS ANGELES—Rev. Jesse Lee Peterson, Founder and President of BOND Action and The South Central L.A. Tea Party (SCLA TP) is blasting a coalition of liberal black pastors who have teamed up with organizers of the Occupy Wall Street movement for a series of protests labeled ‘Occupy The Dream.’ The first major action is scheduled for Monday, January 16 during the Martin Luther King Jr. holiday. Occupy The Dream leaders have put forth the following demands: 1.) Absolute funding of Federal Pell Grants (which, unlike loans, do not have to be repaid); 2.) A moratorium on foreclosures and reparations from banks for ‘predatory lending’ practices; 3.) Lastly, $100 Billion from Wall Street for job training and placement.

‘Occupy The Dream is a scam that seeks to rob American taxpayers and exploit Dr. King’s good name,’ said Rev. Peterson. ‘The black ministers taking part in these protests are shameless problem profiteers who have nothing in common with M.L.K. and are clueless about the spiritual aspect of King’s struggle for equality,’ added Rev. Peterson

Occupy The Dreamorganizers have called on their supporters to leave crutches and other prosthetic devices at the various Federal Reserve offices around the country to show how financial institutions are crippling residents and the economy. Leaders of the scheduled protests include Rev. Ben Chavis, the former head of the NAACP; Rev. Jamal Bryant, of Baltimore’s empowerment Temple Church; and rap mogul Russell Simmons. 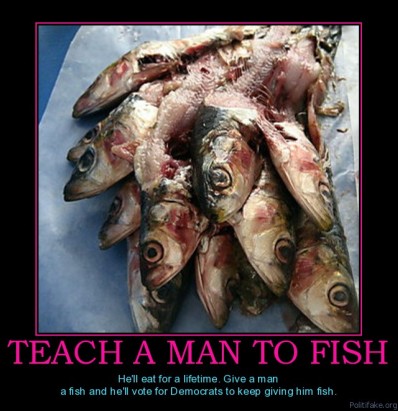 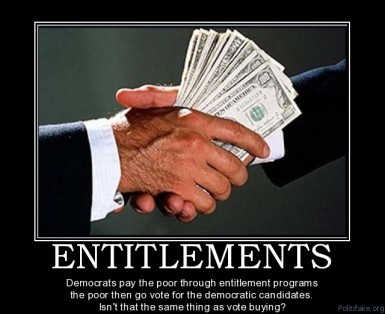 Take a stand and say NO TO PLANTATION POLITICS.

Stossel on the Pigford Scammers, posted with vodpod

According to the census, there were 18,000 black farmers in the country when the lawsuit was filed. But 97,000 black “farmers” have applied for the money.  Something is very wrong here.  This whole deal stinks to high heaven.

To the scam artists and frauds who filed for Pigford funds, do not feed me the line about reparations and getting ours.  There is nothing that can validate grand larceny and fraud.

Reparations hell.  Freeloading, swindling and fraud are immoral.  Even more repulsive is that many of the people cashing consider  themselves Christians.  Shame on them.

Moreover, this attorney should be disbarred.

Where there is smoke there is bound to be fire and finally some are coming forward to sound the alarm.  I find it hard to believe that out of 18,000 farmers who received reparations restitution that only 15 committed acts of fraud.  We know better.

“If the Obama administration is telling the truth and there are only three cases of fraud out of 15,000 settled claims, then there’s no story here. If the fraud does exists, the attempt to silence people like Rep. Steve King or Andrew Breitbart aren’t just wrong but are a clear sign that some people will say anything to keep the truth about Pigford from coming out.”

How much are they financially gaining from the commission of this swindle?  They all should be investigated and disbarred.

I find it even more ghastly and disconcerting that many of these fraudulent artists were assisted through the church.  We are talking self-proclaimed Christians with larceny in their hearts.  One can only wonder how they will justify flouting the eighth and ninth commandments in the name of reparations?

Such fraud is perpetrated in the name of reparations when in reality it is fraud and IT IS WRONG.

Clyburn is full of it.  He is a party to the swindle.

Pursuant to an email I received from Christian Newswire.

“Dr. Martin Luther King, Jr.’s legacy, like the Lincoln Memorial itself, belongs to all Americans. I am participating in Glenn Beck’s Restoring Honor Rally not to advance any political agenda, but to advance the concept of honor in our nation.

“The Book of Proverbs teaches that before honor comes humility. The Restoring Honor Rally has been organized for the purpose of giving honor to those who have humbled themselves to serve each and every one of us by defending our freedoms. If our soldiers don’t deserve honor, I don’t know who does.

“My Uncle Martin’s dream was not that we should be judged by our support for bigger or smaller government, but rather by the content of our character. His dream was that everyone be guaranteed the unalienable rights to life, liberty, and the pursuit of happiness. His dream goes beyond politics, it’s about the condition of our hearts. That is what I intend to address on August 28.”