Four years later, enter the 2012 re-election campaign season and suddenly Obama who is accusing Romney of flip-flopping does a flip-flop himself, when earlier this year, he endorsed gay marriage.

Because of Obama’s sudden change of heart and pandering to the gay community for votes, many Black Americans and Christians feeling betrayed are rethinking their support of Obama.

In 2008, the black community as a whole voted almost as a single block for Mr. Obama. Blacks also overwhelmingly approved Proposition 8 in California, which banned homosexual “marriage” in favor of natural marriage during the same election. Conservative morals and values run deep in the black community. In the current election, we need to remember those roots when we go to the polls.

In 2008, many blacks voted for skin color. They, along with millions of others in the country, were so enticed by making history and were so caught up in the ‘hope and change’ Mr. Obama promised to bring that they pulled the lever for Mr. Obama out of euphoria instead of voting according to their values and morals.

This time, in 2012, I beg my brothers and sisters in the black community to look past color and vote for God’s values, not those of a particular political party…

For Black Americans (and Christians) who would stay on the Obama train even when the trains is heading over the edge of a cliff, THINK AGAIN.  The endorsement by Obama of gay marriage does not excuse those who betray their values and God.  H/t Booker Rising.

It is only fair to note that Obama’s war on religion and the placing of Black America on the back burner for four years are other reasons that Black Americans and Christians are rethinking their support of Obama this fall. 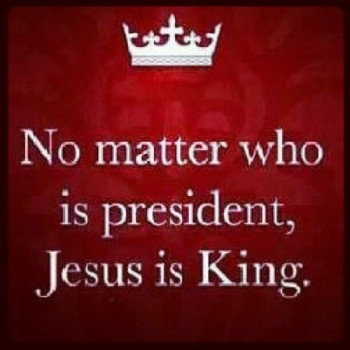 Let us also not forget the removal of “God” from the Democratic Party’s platform last September at the 2012 Democratic National Convention, which resulted in a nationwide uproar.  “God” was re-instated into platform over the objections of many Progressives not because of the conscience of Progressives but for the sake of power, pursuing an ideology, Obama getting re-elected and VOTES.  Progressives need the votes of Christians and Black Americans like a crackhead needs crack.

The evil that is the Democratic Party has been exposed and no matter how hard they try, they cannot walk it back nor will they.

They will deceive, lie and trickery but walk it back and repent, NO.

Among other things, this election is about choosing, good v. evil.

Some Blacks have announced their plans to sit out the elections this November while others will vote for Mitt Romney or a third party candidate.

It is essential that Americans exercise their right to vote and in two weeks when Americans go to the election polls, we must vote our values, correction God’s values and not the color of one’s skin or ideology.

A video on religious freedom and traditional values released a few months ago as part of an effort to highlight anti-Christian initiatives by the Obama Administration has now gone viral, generating over 2.1 million views on YouTube. The filmmaker, Jeremy Wiles, tells Accuracy in Media that the idea for the video came from a dream and that he now sees “God’s fingerprints” all over the project.

The 3-minute ‘Test of Fire’ video says voting for the sanctity of life, traditional marriage, and religious freedom are of grave importance and poses the question, ‘Will you vote the values that will stand the test of fire?’ It shows a blacksmith pounding out words signifying various election issues but putting, ‘life,’ ‘marriage,’ and ‘freedom’ in the forefront and then being placed on an American flag….

There are two versions of the ‘Test of Fire’ video.  One version is intended to appeal to Catholics and the other, Protestants and Evangelicals. 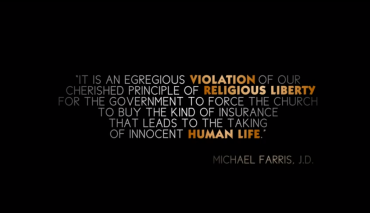 To view these videos in Spanish, you can visit the Creative Labs YouTube page here.

The upcoming election next month is about so many things.  Included and most important among so many issues on the list is religious freedom.

As Children of God, we must take heed.  We must vote our values.

“Your vote will affect the future and be recorded in eternity…”

Good grief, Doofus Wasserman Schultz is a horrible liar.  How can her constituents stand her?

Deception and Betrayal is in the Air

How incongruous is it that Obama suddenly deems himself an ally of Israel?

How incongruous is it that Obama recalls that he is supposed to be playing the role of a Christian?

How absurd is it that twenty-four hours later Progressives hemming, hawing, making excuses, feigning ignorance and even blaming Republicans for the call that they alone made suddenly

backtrack from their original 2012 platform?

For a while, Progressives have been nudging the country down this long, dark road but an Obama presidency was supposed to hurl the United States spiraling into a Godless and anti-Semitic state.

Underestimating the intelligence and faith of Americans, removing “God” and the Pro-Israel language was a major play for Progressives.  The national response caught them off guard and scared the heck out of an already desperate Barack Obama.

Be assured patriots, Progressives are not backing down.  They are merely delaying what they consider the inevitable should Obama win in November, which is why we, must ensure that he is a one-term president.

Obama wants to be his re-elected and Monday evening he made the call to deceive people of faith, Israel and its supporters in order to succeed.  If re-elected, Obama will judas kiss America and Israel by personally revisiting this setback.

For Progressives, having exposed themselves as Godless and anti-Semitic, backtracking is purely window dressing.

The Pot Calling the Kettle Black

How duplicitous is it that Progressives (a) just one week ago, accused Republicans of being angry when it is they who are angry as they espouse propaganda and expel vitriol throughout the nation; and (b) reported that the Republican Party split when it is the Democratic Socialists of America who are clearly split over Wednesday’s vote.

“…In a time of deep economic struggles for many Americans, a time when their inclination is as President Obama once said, ‘to cling to their guns and religion,‘ the primary question tied to morning-after responses to Michelle Obama’s Democratic National Convention speech was not about anything Michelle said. It was: ‘Why did Democrats drop God from their party platform?’…”

Let that be a lesson to Progressives, your arms are too short to box with God.

Remember, nothing with the left is ever as it seems America.

WAKE UP AMERICA.  THIS IS NOT YOUR PARENTS’ DEMOCRATIC PARTY.

“WASHINGTON – The author of a soon-to-be-released book on Christian apologetics, “The Magic Man in the Sky: Effectively Defending the Christian Faith,” is questioning the motives behind the termination of the immensely popular PPSimmons Ministry account on YouTube.

Where once one of the more popular God and Country YouTube Channels – with more than 23,000 subscribers, 530-plus videos and 21 million views – could be accessed, now a barren page is found, save for a message. The message reads:  ‘This account has been terminated due to repeated or severe violations of our Community Guidelines and/or claims of copyright infringement…

…Of more than 530 videos released over a three-year time span, with a number of them having more than a million views, only three had come to the attention of YouTube and been ‘flagged’ for potentially inappropriate content…”

As one commenter under the above article so adeptly put it, “Youtube = Google = Federal Government.”  This is about controlling the message.

“In recent days, Americans of every faith and political persuasion have mobilized in objection to a rule put forward by the Obama Administration that constitutes an unambiguous attack on religious freedom in our country.

‘This rule would require faith-based employers — including Catholic charities, schools, universities, and hospitals — to provide services they believe are immoral. Those services include sterilization, abortion-inducing drugs and devices, and contraception.

‘In imposing this requirement, the federal government has drifted dangerously beyond its constitutional boundaries, encroaching on religious freedom in a manner that affects millions of Americans and harms some of our nation’s most vital institutions.

‘If the president does not reverse the Department’s attack on religious freedom, then the Congress, acting on behalf of the American people and the Constitution we are sworn to uphold and defend, must.

‘The House will approach this matter fairly and deliberately, through regular order and the appropriate legislative channels.

‘Because it has primary jurisdiction on the issues involved, the Energy & Commerce Committee is taking the lead on the legislative process that will be necessary to enact an effective and appropriate solution. Chairman Upton convened a hearing last year and began laying the groundwork for legislative action when this flawed rule was first proposed. I welcome his efforts to consider all possible options as his committee proceeds with its work.

‘This attack by the federal government on religious freedom in our country must not stand, and will not stand.”