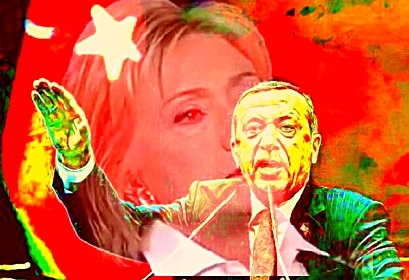 The insanity continues. Neither Hillary Clinton or Barack Obama will ever say the words Islamic terrorism or radical Islam yet both are will not think twice to accept political donations from foreign nations, many of whom would grind America into the ground if given the opportunity.

Is the Obama campaign financing itself through foreign money funneled in through a website owned by a private businessman, living in China, that uses the name Obama.com?

In 1997, we learned — too late — that the Clinton campaign had relied heavily on thinly disguised Chinese government money for much of its early blitz of issue ads in the 1996 election. The early intimations of funding fraud in the campaign (Al Gore’s exploits with the Buddhist monks) shaved off half of Clinton’s margin, cutting his lead from 14 to 7 points in the weeks before the election. But the full dimensions of the scandal were not apparent until then-Sen. Fred Thompson (R-Tenn.) held hearings the following year revealing the depth of the campaign’s reliance on foreign money.

Now, in the last month of the 2012 race, Newsweek magazine has raised serious questions about Obama’s fundraising and its possible reliance on foreign donors and outright fraud to generate its funding.[…]

John, heard this second hand but more than once. Seems Erdogan faction is making substantial investments in U.S. to counter opposition (CHP, Kurds, Gulenists etc.) outreach to policymakers and USG. Am told that the Erdogan crew also tries to make inroads via donations to Democratic candidates, including yours. Two names that you should be aware of are *Mehmet Celebi* and *Ali Cinar*. Happy to elaborate on the phone, provided you are not shopping at the liquor store.

The United Food and Commercial Workers Union endorsed Clinton in January, less than one month after Walton contributed more than $353,000 to a pro-Hillary fund.

International president of the UFCW Marc Perrone wrote in a statement, “It is our members’ strong belief that Hillary Clinton is not just the strongest presidential candidate, but the right one.” The union has sparred for decades with Walmart, going so far as to create the ‘Making Change at Walmart’ union group, which represents Walmart workers and frequently tangles[…]

Apparently, Hillary Clinton is not the only corporate Democratic whore out there. Let me correct that. Bernie Sanders does not want his supporters to use that language but then I am not a supporter.

In any event, I stand corrected; Hillary Clinton is not the only corporate Progressive whore out there. Big labor leaders are obviously in line not far behind Clinton.

Who would have guessed, the hypocrites!

At a GOP debate in February, in response to a question on illegal immigration and amnesty, John Kasich responded, “I couldn’t even imagine how we would even begin to think about taking a mom or a dad out of a house when they have not committed a crime since they’ve been here, leaving their children in the house…That is not, in my opinion, the kind of values that we believe in.”

Kasich’s response is almost verbatim to the more than 50 instances in which Barack Obama stated, “that’s not who we are” on everything from illegal immigration, Obamacare, national security to opposition for his Progressive policies.

As such, voters should not be surprised to learn that puppet master, George Soros, is a major donor to Kasich’s campaign.

According to the Center for Responsive Politics, Soros Fund Management is one of John Kasich’s top financial contributors.

George Soros–a liberal progressive donor– has been a top funder of the push to open America’s borders. According to a 2013 CNS News report, “Soros’s Open Society Foundation proudly claimed to have given $100 million dollars to ‘immigrant rights‘ projects in the United States.” According to the report, those that have been the beneficiaries of that $100 million include La Raza (Soros funding $2.4 million), the Immigrant Legal Resource Center (Soros funding $1.6 million), as well as Amnesty International (Soros funding $844,088) and Immigration Equality (Soros funding: $301,667)….


Hillary Clinton is the gift that keeps on giving to Bernie Sanders, to the GOP, to the voters who do not trust her because of her Wall Street connections. Yet Hillary, Bill and Chelsea continue to host Wall Street events in her honor raking in millions to fund her campaign. 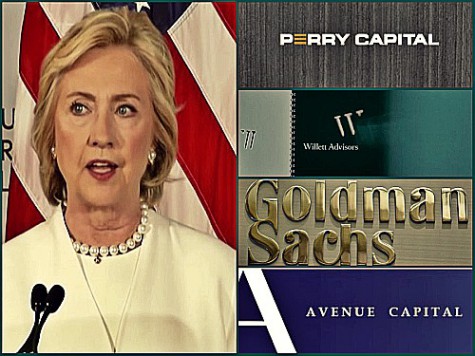 Brent Scher of the Washington Free Beacon has compiled a rather extensive list of events hosted by Wall Street fat cats/corporate moguls/donors on behalf of the Hillary Clinton just in the past nine months.

…Here is a list of 31 fundraising events that have been put on or will be put on for the Clinton campaign by the financial industry since she started campaigning early last year:

May 13, 2015 in New York, New York, hosted by Steve Rattner. Rattner is chairman of Willett Advisors, the investment arm of billionaire Michael Bloomberg’s personal and philanthropic assets. He previously worked at Morgan Stanley and founded his own investment firm, the Quadrangle Group.

May 13, 2015 in New York, New York, hosted by Marc Lasry. Lasry is president and CEO of Avenue Capital Group, an investment firm that focuses on distressed assets and private equity.

June 5, 2015 in Greenwich, Connecticut, hosted by Malcolm Weiner. Weiner was chairman of investment management firms the Millburn Corporation and ShareInVest before he retired[…]

Clearly, the Clintons who to date remain untouchable never met a half million dollars that they did not like.

The faces in the above collage are the traitors in the House of Congress and U. S. Senate who have accepted political donations from IAPAC (Iranian American Political Action Committee) and, therefore, in support of Iran’s nuclear deal.

The Democrats are becoming a party of atom bomb spies.

Senator Markey has announced his support for the Iran deal that will let the terrorist regime inspect its own Parchin nuclear weapons research site, conduct uranium enrichment, build advanced centrifuges, buy ballistic missiles, fund terrorism and have a near zero breakout time to a nuclear bomb.

There was no surprise there.

Markey had topped the list of candidates supported by the Iran Lobby. And the Iranian American Political Action Committee (IAPAC) had maxed out its contributions to his campaign.

After more fake suspense, Al Franken, another IAPAC backed politician who also benefited from Iran Lobby money, came out for the nuke sellout.

Senator Jeanne Shaheen, the Iran Lobby’s third Dem senator, didn’t bother playing coy like her colleagues. She came out for the deal a while back even though she only got half the IAPAC cash that Franken and Markey received.

As did Senator Gillibrand, who had benefited from IAPAC money back when she first ran for senator and whose position on the deal should have come as no surprise….

In addition to accepting political donations from IAPAC, Joe Biden and John Kerry are benefactors of Iranian dollars from key Iranian lobbyists as well.

Sports commentators are criticizing an Obama bundler with ties to the Russian mob for hiring a convicted domestic abuser to coach his professional basketball team.

Kidd’s criminal past—he pleaded guilty in 2001 to domestic abuse after assaulting his now ex-wife and was convicted of a DWI count last year—and past instances of poor sportsmanship have earned Lasry criticism in some quarters.

“This one move, this deal to land serial jerk Jason Kidd when the team already had a coach and a general manager—neither of whom had any idea this flirtation was happening—tells us what we need to know about Marc Lasry. That he’s a meddler,” wrote CBS Sports columnist Gregg Doyel.…

Can we assume that another Obama donor is being rewarded?

After all, Marc Lasry who was forced to withdraw his name an ambassadorship to France because of his ties to the Russian mob for the past two decades has donated $460,000 plus to Progressive candidates and entities.

Lasry has also donated $9,600 to Barack Obama’s 2008 and 2012 presidential campaigns while bundling a half a million dollars plus to Obama’s reelection efforts. 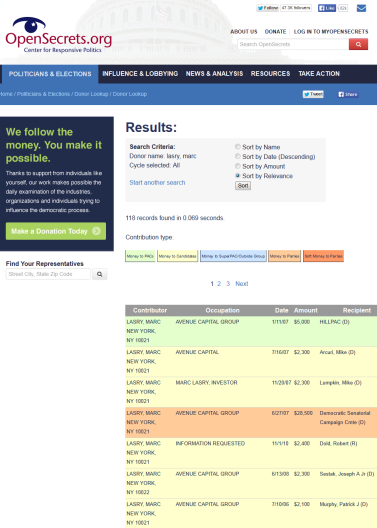 Well then, yes. It is safe to assume that another Obama donor, correction major Progressive donor is getting his.

What a darned shame. Nothing is off limits in America anymore, not even sports.