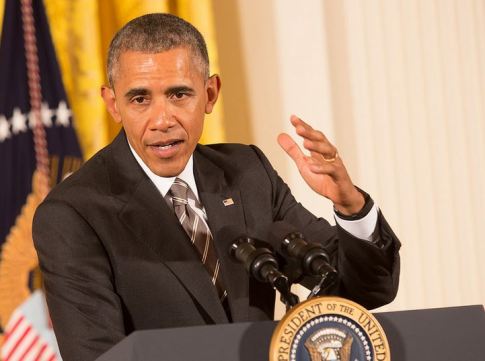 This post substantially revises and supersedes my earlier one on how the political parties will likely approach the Scalia vacancy, in which I had concluded that Ninth Circuit Judge Paul Watford was the most likely nominee.  On reflection, I think that Attorney General Loretta Lynch is more likely.  I also think that the Republicans will eventually permit the nomination to proceed on the merits and reject it on party lines.

In thinking about how to respond to the vacancy on the Supreme Court, the administration has two priorities.  First, fill the Scalia seat by getting a nominee confirmed.  The stakes could not be higher:  the appointment could flip the Supreme Court’s ideological balance for decades.  Second, gain as much political benefit as possible and exact as heavy a political toll as possible on Republicans, particularly in the presidential election.  Precisely because of the seat’s importance, this is the rare time that a material number of voters may seriously think about the Court in deciding whether to vote at all and who to vote for.

Those priorities reinforce each other.  The Republican Senate leadership has staked out the position that no nomination by President Obama will move forward.  Because Republicans hold the Senate majority, they have the power to refuse to hold confirmation hearings before the Judiciary Committee and/or a floor vote on the nominee.  So, any effort to replace Scalia is dead on arrival unless the political dynamic in the country forces Republicans to change their minds and allow the nomination to proceed.

Not surprisingly, Republican priorities are the exact opposite.  Fundamental conservative legal victories over the past two decades hang directly in the balance.  To take just one example, Ted Cruz is exactly right to say that a more liberal replacement for Justice Scalia is very likely to overturn the Supreme Court’s recent recognition of a Second Amendment right to possess firearms or at least render it a nullity as a practical matter.  There are dozens of other examples.  Conversely, a Republican appointee would not only preserve those victories but continue the Court’s steady move to the right.

In addition, blocking President Obama’s nominee is good politics for important subsets of Republicans.  Most directly, the Supreme Court is a signal issue for the conservative Republican base in a way that it is not for core Democratic constituencies.  Since at least Richard Nixon, conservatives have effectively rallied against the Supreme Court as a liberal institution that is out of control.  We see that dynamic today in Republican candidates’ remarkable attempt to frame even Chief Justice Roberts as a failure, based on his votes to uphold the Affordable Care Act and the administration’s implementation of the Act.

Those competing priorities put the political parties in a deadly embrace from which neither will easily budge.  The administration feels a constitutional responsibility to press for the confirmation of a nominee and every political advantage in doing so.  Republicans cannot accede to that effort because their base will not permit it.

In all of this, it is impossible to overstate the importance of Ted Cruz, who will make the appointment a central issue in the campaign and who will drive enormous pressure against proceeding with any nomination.  That pressure is likely to be too great for the Republican Senate leadership to overcome, even if it concludes that it would be better politics to do so….

Barack Obama plans to wait until after the November elections to announce Eric Holder’s successor.

Message: Obama has screwed his fellow Progressives enough already but not nearly as much as he is about to screw Americans and businesses if Obama appoints Tom Perez Secretary of the Department of Labor as Holder’s successor.

Other message: Perez is allegedly so far left that he makes Holder look like Mother Theresa Miss Kitty.

Numerous publications close to the White House have reported that Labor Secretary Tom Perez has emerged as the leading candidate to replace Attorney General Eric Holder. That Perez has a documented and repeating history of dishonesty, racialism, and radicalism shows that this administration feels unrestrained by conventional political wisdom. That the White House is dropping his name before an election should demonstrate to every Republican that Obama is fundamentally transforming politics in corrosive ways that the GOP seems ill-equipped to contain.

So who is Tom Perez?

Perez ran for Maryland attorney general in 2006. But his campaign ended when he was thrown off the ballot for the embarrassing reason that he didn’t practice law.

To Democrats, Perez is the charming, articulate, and politically savvy secretary of Labor. He is the president’s point man on Hispanic and labor issues. But to anyone objective who has paid close attention, Perez is a menace to the rule of law in ways that make Eric Holder seem like a kitty cat….

The end game is to have Perez who handled all of Holder’s dirtiest jobs in place before the new senate session goes into effect in 2015 so that Obama can skate through the duration of his term pushing through his ideological agenda of fundamentally transforming America. Damn, how much more can we take.

Maureen Faulkner, the widow of murdered Philadelphia Police Officer Daniel Faulkner, has launched an online petition to stop President Obama’s nomination of cop killer advocate and Mumia Abu Jamal supporter Debo Adegbile to head the Civil Rights Division at the Department of Justice. The vote for Adegbile’s confirmation by Senate was scheduled for Monday March 3, but has been postponed due to a snowstorm until Tuesday March 4….

While Barack Obama prepares to nominate Debo P. Adegbile, advocate for Mumia Abu Jamal to head the Civil Rights Division of the Department of Justice, the Communist Party and other far left organizations are scheduling three days of events to be held at the end of April in celebration of Jamal’s 60th birthday.

These individuals and groups who decades continue to demand Abu Jamal’s release do not deny his guilt.  Neither they nor Abu Jamal have expressed remorse for the murder of Officer Daniel Faulkner in 1981, which until this day is still referred to as a “racist cop” by supporters of a cop killer.

Rest assured, Obama will nominate Adegible and the U. S. Senate will confirm the appointment.  Then, it will be only a matter of time before Abu Jamal, an alleged former member of the Black Panther Party is set free.

This being a new day, rest assured, Obama will nominate Adegible and the U. S. Senate will confirm the appointment.  THEN, it will be only a matter of time before Abu Jamal, an alleged former member of the Black Panther Party is set free.

Please sign and share petition:  Vote “No” to the Confirmation of Debo Adegbile to the Department of Justice
Source: http://www.workers.org/articles/2014/03/02/free-mumia-60th-birthday-events/