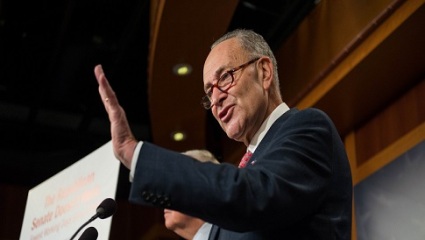 If you haven’t noticed, our war with the Left has taken a turn for the better.

So, in keeping with my general opinion that ideologies that are counter to our constitutional understanding of freedom should be sent packing as unceremoniously as possible, it follows that when I find the Left down, if only for a moment, the most logical thing to do is kick them…only not in a way that sates my appetite, but rather make them hurt.

Intentions matter in this war.

So by hurt, I mean to make them despair, to make them doubt themselves. To hold them up for mockery in front of their own, for they have built-in defense shields against our mockery. I want their followers to come away so disillusioned with their rhetorical heroes that in their despair, they may actually turn to self-reflection. Then I want to be there leading their way back to the light. If leftwing leaders lose face with their herd, to the extent they can known shame, they will feel it, and they will retreat, if for no other reason than to avoid being strung up by their own mobs.

We need to define, then undermine, the pillars they have erected themselves prop up their self-image and vanities.

Going forward, our operating rules should be based on Proverbs 26: 1-12, the first eleven verses outlining the universally-understood deficiencies of the “fool”, all rules worth digesting as they apply to the minions of the Left; from college students to petty politicians to internet trolls..

But those eleven verses merely set up how much more degraded is the King of Fools by comparison as defined in verse 12:

“Do you see a person wise in their own eyes?
There is more hope for a fool than for them.”

The pillars that hold up the so-called “intellectual Left’s” self-image, Barack Obama being a prime example, are all based on an image of self that while largely false, and often funny, as in ha-ha funny, also contain the ingredients of their own self-destruction[…]