Below is Dr. Duke Pesta’s latest presentation entitled, “Common Core: From Farce to Failure.”
Published on Nov 11, 2015 by Mert Melfa

Dr. Duke Pesta is Academic Director of FreedomProject Education, a fully accredited, Common Core Free, online Classical school, built on Judeo-Christian values for students from Kindergarten through High School. As part of FPE’s outreach ministry, Dr. Pesta has delivered more than 350 talks around the country alerting parents to the Dangers of Common Core.

As you read Dr. Ileana Johnson Paugh‘s article below, and get ready to watch the debates tonight, remember that Jeb Bush’s Father, President George H.W. Bush, signed United Nations Agenda 21 for the United States… Since then every President has implemented portions of the treaty through regulation and executive orders, none more aggressively than Barack Obama even though the treaty has never been presented to the Senate for ratification.

They’re doing it that way because, like Bush Senior, subsequent president’s realized the American people would revolt, and hang any Senator who supported it.. The scheme would wipe out every freedom guaranteed in our Constitution.. Want to know why the Federal government wants to know who has guns, there’s your answer.

I found out a little over a year ago, the blueprint for Common Core is included in Agenda 21..

Why are our children being taught what seems to be an anti-American version of history and civics, people with a strong sense of Nationalism are not going to be compliant uncomplaining subjects of a of a Global Government. For Agenda 21 to succeed, our children must be trained to be global citizens….

They wanted to extinguish free thought, and the spark of questioning and dissent.

This is how oligarchs gain power: they circumvent the representative government to establish public/private partnerships which then face no public accountability. Current oligarchs taking over public education would include the ed reformers supportive of The Common Core State Standards Initiative that does indirectly tellsteachers how to teach:

‘Additionally, the conformity induced by Common Core undermines the very diversity and innovation that give parental choice its value. While Common Core does not directly mandate a specific curriculum, its testing regime will drive what is taught in the classroom, when it is taught, and even how it is taught. For example, Common Core tests algebra in 9th grade, which has already induced states like California to abandon their previous practice of teaching algebra in 8th grade…. 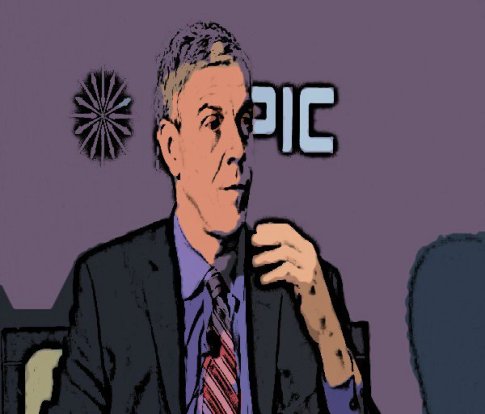 Education Secretary Arnie Duncan is reminding parents in America “that all your children belong to them”. In a not-so-very veiled threat Secretary Duncan states the Federal Government will step in if parents continue to opt their children out of Common Core testing.

(Via Doug Ross Journal) Secretary of Education Arne Duncan issued a veiled threat to the parents and students who choose to opt out of Common Core testing – The Feds “have an obligation to step in.”

Federal law, under No Child Left Behind, requires 95 percent of students in a state to take the annual standardized tests in reading and math from grades 3-8. It is a requirement which until now has never needed enforcement or consideration….

While there are many parents in New York of all ethnicities who do not involve themselves in the education of their children, those parents who do play a role and opted out of the Common Cores exams the past week and a half were diverse.

For Duncan, to imply that only Caucasian parents opt out of Common Core because they are racist and Blacks and parents of other ethnicities are not opting out is in itself racist and hyperbolic.

Moreover, it implies that the latter are all too ignorant and lazy to make educated choices on behalf of their children.

Marxist elites such as Duncan are a trip. They are incapable of comprehending that they have overused of the race card. No one is buying the talking points or threats from the bullies in Washington, DC. H/t Lady Raven.

On a final note, what does it say about Common Core when an assumed Progressive state such as New York has so many parents opting out?

Someone please sign everyone at the USDoEd up for a refresher course on the constitution. They are really struggling with the concept of the 10th amendment.

The latest from Arne Duncan et al continues the tradition of the federal government inserting its nose into local school district decisions which the constitution does not allow for and ESEA expressly forbids. They are now going directly to local school districts and asking 16,000 Superintendent across the country to sign THEIR Future Ready technology pledge.

From the letter sent to Superintendents,

The U.S. Department of Education seeks to encourage and support superintendents who commit to taking a leadership role in this transition with recognition and resources to help facilitate this transition to digital learning.

The main goal of this initiative is to get districts, charters and private schools to commit to maximizing their use of digital learning and broadband access to the internet. They want schools to fund the resources necessary to “leverage their maximum impact on student learning…

Communist Propaganda, No child left behind, Race to the top, Six One Seven Studios

A textbook example of #CommonCorePRFail

How’s that revamped PR campaign to make the Common Core more palatable to parents and taxpayers compelled to pay for education reform directed/developed by private non-governmental organizations who have no accountability to those parents and/or taxpayers going?

It’s off to a bumpy start for the education reformers. The first casualty of the ‘warmer, more emotional’ Common Core PR campaign is the video from Six One Seven Studios and ‘Grandad Learns About the Common Core’. It caused quite a firestorm on many blogs as portraying an elderly veteran as not very smart on Common Core issues. It didn’t deal with any facts about the Initiative, rather, it sought to dismiss concerns of the grandfather by the teacher that Bill Gates was not going to determine what his grandson read. It was up to the teacher and the student to determine reading materials. That’s the video’s message (other than the fact that the grandfather is portrayed in an extremely unflattering light) in a nutshell: Bill Gates is NOT the boogeyman […]