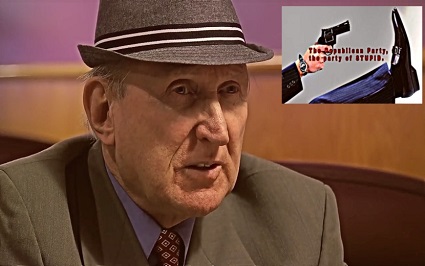 The Republican Party elites and pundits in their quest to de-legitimize President Donald Trump has shot themselves in the foot and the self-inflicted wound is a biggie.  So focused on ensuring that the Mueller investigation continues and sabotaging the President’s agenda, these simple-minded NeverTrumpers allowed the ball to whiz right past their heads.

How the HELL did the Illinois’ Republican establishment miss Arthur Jones, a Holocaust denier and Nazi candidate, now running on the Republican Party ticket and who by the way is bragging to the world that he snookered the GOPe?

You won’t believe this story. An actual Nazi says he “snookered” the GOP and sneaked into the nomination in Illinois’ 3rd congressional.

Politico posted a story earlier about the candidate in Illinois Arthur Jones. He is a Holocaust survivor and an avowed Nazi. His views of people are disgusting and he’s a Socialist. You can’t be a Republican if that’s your view. Rep. McSweeney agrees.

Republicans messed up. They didn’t try to run anyone against him as a third party candidate and they had failed to recruit someone to primary him[…]

There exists the possibility that Jones is a Democratic plant and yes, Chicago is as Communist as Jones is a Holocaust denier but still, how did Illinois’ Republican Party establishment allow this to happen?

When one’s enemy has a gun trained on you, you don’t feed them the ammunition.  I can see the 2018 AND 2020 ads now. They will write themselves.

Those that fail to learn from the mistakes of the past, are doomed to repeat them.

Forty-three years later the violence and chaos that encompassed the 1968 riots are long forgotten or were never taught in the first place.

Negative elements of the past and that which has been allowed to fester for decades will come together this summer, its end game will be to create chaos and destroy the economy.

Adbusters, the organization that brought the world Occupy Wall Street has placed a cattle call for 50,000 Marxists from across the world to converge upon Occupy Chicago’s G8 and NATO Summit aka G8 Chicago 2012 this coming May. 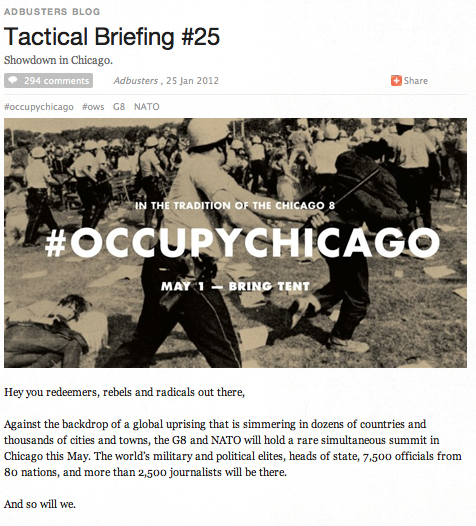 The notice entitled, “Tactical Briefing # 25:  Showdown in Chicago” references the Chicago 8, a group of radicals who in 1968 during the Democratic convention (Chicago) incited riots.

The notice suggests that the 50,000 squatters set up tents, kitchens and “peaceful barricades” with the intention of invading Chicago for a month.  H/t CNS News via PJTatler.

The goal is to pull off the “biggest multinational occupation of a summit meeting” in history by any means necessary.

“…And this time around we’re not going to put up with the kind of police repression that happened during the Democratic National Convention protests in Chicago, 1968 … nor will we abide by any phony restrictions the City of Chicago may want to impose on our first amendment rights. We’ll go there with our heads held high and assemble for a month-long people’s summit … we’ll march and chant and sing and shout and exercise our right to tell our elected representatives what we want … the constitution will be our guide….”

Yeah right.  Why is it that the only time Progressives want to lay claim to the Constitution is when they are taken to task for trampling upon the liberties of others?

“…And when the G8 and NATO meet behind closed doors on May 19, we’ll be ready with our demands: a Robin Hood Tax … a ban on high frequency ‘flash’ trading … a binding climate change accord … a three strikes and you’re out law for corporate criminals … an all out initiative for a nuclear-free Middle East … whatever we decide in our general assemblies and in our global internet brainstorm – we the people will set the agenda for the next few years and demand our leaders carry it out.

And if they don’t listen … if they ignore us and put our demands on the back burner like they’ve done so many times before … then, with Gandhian ferocity, we’ll flashmob the streets, shut down stock exchanges, campuses, corporate headquarters and cities across the globe … we’ll make the price of doing business as usual too much to bear….”

The Marxists (community organizers, anarchists, behind the scene politicians and unions) running this show are now openly preaching violence and economic terrorism.

You can bet that Rahm “Dead fish” Emanuel is not going to be at all happy about this mass convergence upon his city but he will be prepared and it is said preparations that sit uneasy with those setting this potential disaster into place.

Below is an open letter from community and labor organizations dated January 13, 2012 addressed to Chicago’s City Council expressing their so-called concerns over the preparations being setting forth by the City of Chicago for the G8/NATO summit and invasion of anarchists. Take note of the co-signers at the bottom of the letter.  They are all the usual suspects.

The measures as proposed by Emanuel were overwhelmingly approved by Chicago’s City Council on January 18.  Depending on which side of the fence one sits also depends on how one feels about the measures being put into place by the City of Chicago.

Are the rules too stringent as some claim or is Emanuel kowtowing as Progressives usually do to this movement?  Time will tell.

In case you are unfamiliar with the 1968 Chicago riots, please check out the following video footage.

Heros of the Progressive Movement. Aren’t they …, posted with vodpod

If you want to read Grant’s book its at this Nazi website. I kid you not!
http://www.nazi.org.uk/political%20pdfs/GrantThePassingOfTheGreatRaceFirstEdi… 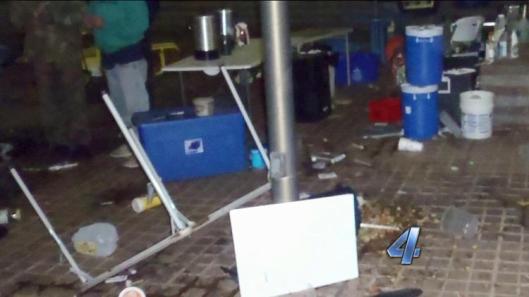 “The Oklahoma City Police Department shut down the #Occupy OKC squatters camp tonight after they discovered that only homeless people were camping there. It didn’t help that the hoboes all got drunk and beat their self-appointed security guard.
News OK reported:

‘According to a police report, officers were called to the park about 1:45 a.m. A transient who had been staying at the camp overnight said he was working security for the camp when other transients staying at the camp ransacked the encampment and threw chairs and trash cans at him after getting drunk.

Pictures taken by police show chairs, tables and trash cans overturned with food and other garbage strewed about….”

How Progressive is it that when all else fails, blame the homeless becomes the name of the game?

As usual these Marxist invaders insists upon blaming others for their being evicted from public lands that they themselves commandeered two months ago.

It is both an insult and an hypocrisy that these haters of the U. S. Constitution has the audacity to selectively invoke the Constitution when convenient for their selfish agenda while trampling upon the liberties of millions of Americans for more nine or ten weeks.

That being said, the useful idiots still don’t get it as they refuse to accept accountability for their own actions.  They continue to lash out blaming everyone else for that which they themselves are guilty. 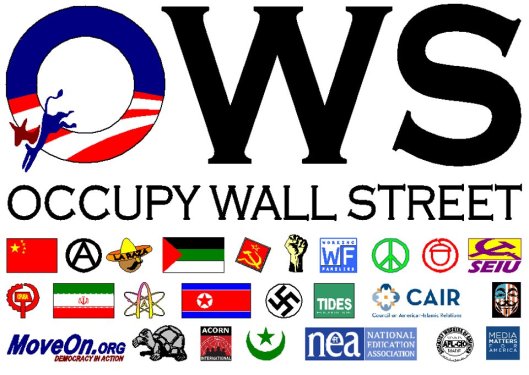 No doubt Barack Obama, Nancy Pelosi, Progressive politicans and the OWS purse strings are damned proud of the creation.

P.S.  It is only fair to note that while the aforementioned article states that the persons in the park causing trouble are hoboes, taking the history and behavior of the invaders into account these past few months, said claims must be taken with a grain of salt.

After all, we know who the trouble makers are and continue to be.

In other words, give them enough rope and they will hang themselves.  Enter OCCUPY WALL STREET.  They are their own and our worst enemy.  See:  OCCUPY WALL STREET: NYPD IN THE PROCESS EVICTING SQUATTERS (It’s About Time!)