Below is an excerpt of my follow up to Monday’s post entitled, Both Parties are Guilty of Manufactured Outrage against Trump, which I posted on affiliate blog Grumpy Opinions earlier today. 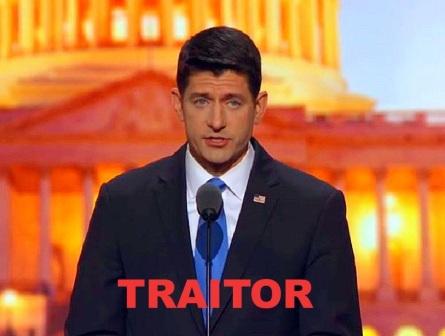 The timing of a private taped discussion between Donald Trump and Bill Bush eleven years ago surfacing one day before Paul Ryan was due to attend a rally with Donald Trump, two days before the second presidential debate AND on the same day of two document dumps of Hillary Clinton’s emails leads one to believe that there was some major backroom plotting going on.

If true and I suspect that it is, did the Republican Party establishment who never intended to support Donald Trump to the end but just long enough to have secure their agenda, actually believe that the American electorate is so ignorant that we would not have pieced this horrible betrayal together?  Where did they get the idea that sabotage would force us to abandon Trump, a candidate chosen by the electorate not the establishment?

And did it ever occur to them that the retribution for said betrayal will be both forthcoming, swift and detrimental to the survival of Republican Party?