Just about two weeks ago I floated the idea that perhaps there is a subtext to the manner in which the Harvey Weinstein story has been breaking, namely that women can charge and convict men publicly of sex crimes on their word alone.

So far only powerful white men stand accused, and this will likely continue, as evidenced by increased twitter chatter from academic blogs about the evils of white privilege and masculinity and a widening list of unverified complaints against male celebrities.

These are still largely “Under Hedda’s Hat” sorts of whispers, rumors most people inside Hollywood circles have known about for years, and fans outside that circle had always been dying to hear about since before talkies, almost always falling short of actionable offenses.

But an “everybody knows” reputation is not supposed to be able to put people in jail. Harvey Weinstein seems to be the closest, and a more disagreeable man in any business, I’ve yet to hear about. If the stories are true that he runs around engaging in onanism in front of beautiful women as a way to impress them, with that Alberich quality about him, from Wagner’s “Der Rings des Nibelungen”, who Anna Russell described as “frightfully ugly”, that speaks to a genuinely sick man.

But so far many of those claims are unproved in the legal sense, nor are the likely ever to see the light of day in a courtroom where evidence might be weighed. The only proof we have is found in private cash settlements Harvey has made in the past, which are damning enough, I suppose[…]

Some years ago an old friend, now passed, told me how his mother had been his religious mentor for most his life. There wasn’t a spiritual lesson that he had studied that had not been annotated by his mom.

He told me this to explain one of his crucibles later in life, for it seems that when his parents were in their late 60s, his father had undergone major surgery, but when he came home to recuperate, Mom refused to allow him to get totally well again. Possibly in some spiritual pact with God she had turned her life over to caring for him, and care for him she would, whether he wanted it or not. God had put him in her care, and she was going to keep him there.

I’ve read of such things. So in hearing this story I could imagine either a comedy or a tragedy unfolding. And tragedy it was. His parents argued about his driving the car to MacDonald’s for coffee with his buddies, or, heaven forbid, play golf. He couldn’t leave the room without telling her where or why. She even stood by the bathroom door when he had to go. He confided to his kids that every day was a combat.

After about two years of this, his dad left and lived alone the last few years of his life.

The purpose of my friend’s story was to tell me of his re-visiting his own relationship with God because of these events. Without elaborating, he said his mother did many things to blight his father’s path; sneaky things, dishonest things, even mean things. And when the children would bring those things up to her, she would alternately cry, or deflect, or invoke God in what my friend, at least, believed to be an unholy defense.

His confession to me was that everything his mother had ever told him about God, every annotation in his Bible, every underlined passage, he said he had to go back and revisit, rethink and relearn all over again, just to make sure it could stand alone. He had to learn God all over again without his mother’s fingerprints.

Something like that needs to happen in America now. More of our personal history has been annotated by the American Media than we know. 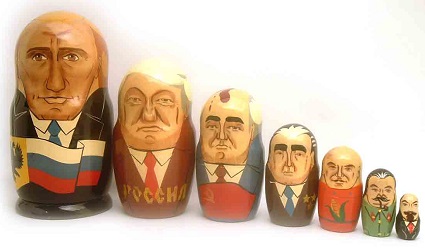 An AP analysis only this weekend (7/15/17) stated that “the day-after-day drip-drip-drip of revelations over the past week about Donald Trump Jr.’s contact with the Russian lawyer in 2016 underscores the White House’s inability to shake off the Russia story and close the book on a narrative that casts a shadow over Trump’s presidency.” (Jonathan Lemire)

Jonathan Lemire’s function at AP, it seems, is to paint a narrative of an isolated Donald Trump, beginning when he first took office. So the drip-drip of the Russia story merely feeds into an already established profile of a man standing alone, which, if things work out, will also be a tragic figure. It’s not yet clear what part of Trump’s portraiture the Associated Press is supposed to paint, perhaps his furtive eyes, or maybe the dark office corner in which he’s crouched, or perhaps the thumb he will be sucking, but what is seeming to become clear is that various members of the Media have accepted this assignment to paint one part of Trump into an official media composite that will someday be made public…should be ever actually fall[…]

There’s some talk that many Republicans in both the Senate and the House are getting wobbly about actually ending Obamacare.

My only question is:

….why did you only figure out this past week that maybe you couldn’t carry out those promises as promised after all?

I won’t ask any more questions and will only make a few very obvious comments:

The People who put Donald Trump into the White House have known from the beginning that many members of the Congress tend to go wobbly when they are told by the Media to be afraid, in this case that some of their constituents may be harmed or inconvenienced by Obamacare’s dismantling.

So, if the truth be known, it has always been known to us that many members of Congress are secretly un-anxious to actually pull the trigger against Obamacare and wander off into that great unknown of a genuine reformation of the American government more in line with the original Constitutional blueprint.

In short, we know the secret supplications of your hearts. We know many in Congress are afraid of that brave old world Donald Trump has suggested we return to, and our discarding the fat and sassy accommodations the People have provided them the past several years.

A little mathematics is in order.

First, the People who put Donald Trump into the White House are unafraid of the Media, or their co-conspirators, the Democrat Party, for we finally found an American “First Politician” who is totally unafraid of either of them.

Donald Trump has totally unmasked them. With regards to both the Democrats and the Media there are no longer any shades of gray. The criminal teat-fittery we have seen in only the first two weeks by the academic class, the entertainment class, and the rent-a-mob class, all to the condonance, even hoorahs, of the Democrats and Media, (with a few exceptions), exposes the breadth of this resistance any return to constitutional normalcy. That gauntlet has been thrown down, even if some Republicans still think this is only political theater[…]

Our friend/patriot Vassar Bushmills put the following post together. It is well worthe read. ENJOY! 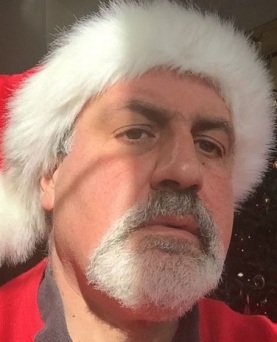 (We rarely publish other men’s works here, but I want to introduce a singular mind to our readers, for he is a genuine scholar, yet shares the views we’ve written about for many years about the vacuousness of the media in general, and #NeverTrumpsters. Mr Taleb affirms the entire Media Narrative-as-History myth as being just that, and why so many modern younger conservatives especially, seem so intent on taking themselves so damned seriously. Mr Taleb is a grown-up.

(I honor here his admonition at the end that I give credit to the book Skin in the Game, which I think is a novel. Please read, digest, and pass on at least to the known IYI’s at National Review, Resurgent, The Blaze and others. We are lucky to have found this.)

What we have been seeing worldwide, from India to the UK to the US, is the rebellion against the inner circle of no-skin-in-the-game policymaking (suffer the consequences of his talks or suggestions?) “clerks” and journalists-insiders, that class of paternalistic semi-intellectual experts with some Ivy league, Oxford-Cambridge, or similar label-driven education who are telling the rest of us

But the problem is the one-eyed following the blind: these self-described members of the “intelligentsia” can’t find a coconut in Coconut Island, they aren’t intelligent enough to define intelligence hence fall into circularities — but their main skill is capacity to pass exams written by people like them.

With psychology papers replicating less than 40%, dietary advice reversing after 30 years of fatphobia, macroeconomic analysis working worse than astrology, the appointment of Bernanke who was less than clueless of the risks, and pharmaceutical trials replicating at best only 1/3 of the time, people are perfectly entitled to rely on their own ancestral instinct and listen to their grandmothers (or Montaigne and such filtered classical knowledge) with a better track record than these policymaking goons[…]

Last night’s Fox/Google GOP debate, without the court jester, was finally a substantive conversation. I appreciate moderators who aren’t afraid to ask tough questions and not accept canned responses. Unlike the disastrous CNBC GOP debate, Fox’s Kelly, Baier, and Wallace didn’t rely on presenting lies in the form of supposedly objective questions.

But Fox failed miserably with one particular question. Their partnership with Google brought a young, Muslim Youtube “activist”, Nabela Noor, to the debate via video. She asked the following question: “In 2015, the number of hate crimes against Muslims in the U.S. has tripled and on social media, where I spend a lot of time, I’ve seen many attacks directed towards fellow Muslims. This culture of hatred is only driving ISIS to radicalize, recruit, and incite violence. As president, what would you do to address this toxic climate and promote increased tolerance in the United States?”

One would think a news network would fact-check a question for a Presidential debate. In an effort to appear “diverse” or to try to embarrass the absent and unfortunate frontrunner Donald Trump (who has expressed unapologetic, absurd, and sometimes unrealistic views about combatting Islamic terrorism) no one bothered to notice the premise of the question.

First of all, as someone who is half white and half black (or simply just American) I hate the label of “hate crime”. The only action that is not a hate crime today is violence targeted toward a white heterosexual male. Apparently, that kind of behavior is some form of retributive, racial and gender justice according to the subscribers of nonsensical “White Privilege” ideology. Who commits verbal or physical violence toward another out of love, anyway?

The revelations that not all Republicans are blind to their games must be a hard pill for Progressives to swallow.  Trump apparently saw them coming from ten miles away. 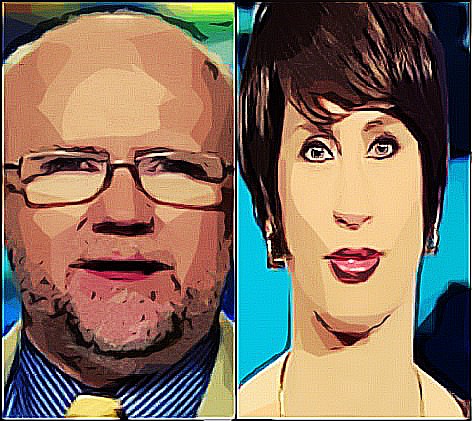 Re-blogged from Fellowship of the Minds by Dr. Eowyn

Fox News reports, Nov. 24, 2015, that as Donald Trump continues to dominate the polls (the latest Fox News poll has Trump with a record 28% support from primary voters), a “prominent GOP operative” and Republican donors with links to several other presidential candidates are pooling their resources in a new effort to go after Trump to keep him from winning the nomination.

The Republican Party establishment continues the shenanigans to their own detriment. I refuse to hold my nose in the voting booth next year.