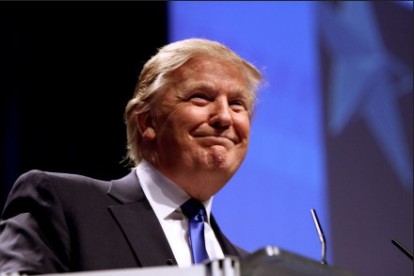 About nine days ago, a Hispanic anti-Trump protester on the west coast told CNN, “There will be casualties on both sides. There will be, because people have to die to make a change in this world…”

Since that day, protest, fear mongering and attacks against President-elect Donald Trump have continued with no signs of letting up.

Those leading these rallies on the ground, on Communist network news and politicians still reeling from massive losses this past Election Day refuse to accept that the American voter has spoken and that they have lost.

Their response is to double down with a viciousness that the United States may have never experienced in the history of our nation’s existence.

Atop the pile of news that the mainstream media refuses to report are the consequences of the hate, false allegations of racism, vicious attacks, etc. being levied by Communists against Donald Trump to turn the United States on its head to regain their stronghold on America.

For many who are unable to drown out the noise, there can be severe consequences.  Unfortunately, the rationalization of those pushing the buttons is that, “There will be casualties on both sides. There will be, because people have to die to make a change in this world…”

The following article written by Dave Schuler of the Glittering Eye (also a council member of Wow! Magazine) is a must-read.  Please read it through to the end after which I urge parents, grandparents and/or guardians share the article and have a conversation with their teens and young family members.

The Glittering Eye via Wow! Magazine
By Dave Schuler

I strongly recommend you take a little time and read this post by medical professional (and Trump opponent) Scott Alexander. Here’s the context:

I work in mental health. So far I have had two patients express Trump-related suicidal ideation. One of them ended up in the emergency room, although luckily both of them are now safe and well. I have heard secondhand of several more.

Like Snopes, I am not sure if the reports of eight transgender people committing suicide due to the election results are true or false. But if they’re true, it seems really relevant that Trump denounced North Carolina’s anti-transgender bathroom law, and proudly proclaimed he would let Caitlyn Jenner use whatever bathroom she wanted in Trump Tower, making him by far the most pro-transgender Republican president in history.

I notice news articles like Vox: Donald Trump’s Win Tells People Of Color They Aren’t Welcome In America. Or Salon’s If Trump Wins, Say Goodbye To Your Black Friends. MSN: Women Fear For Their Lives After Trump Victory.

Vox writes about the five-year-old child who asks “Is Donald Trump a bad person? Because I heard that if he becomes president, all the black and brown people have to leave and we’re going to become slaves.” The Star writes about a therapist called in for emergency counseling to help Muslim kids who think Trump is going to kill them. I have patients who are afraid to leave their homes.

Listen. Trump is going to be approximately as racist as every other American president.

Allen B. West.com by Allen West

Neighbors of Akram Musleh, an 18-year-old American-born Muslim and local high school student, were shocked to learn that little Akram apparently wasn’t your average American high schooler. Most teenagers would be planning for college, playing soccer or football, or texting friends. Akram instead was arrested by the FBI on Tuesday at an Indianapolis Greyhound station where he planned to travel to New York, then catch a direct flight to Morocco….

Indystar says, Musleh had been on the FBI’s radar for years, the criminal complaint indicates. Agents spoke with him in 2013 while he was in high school after he posted videos online of terrorist leaders. The teen replied that he was simply trying to understand Islam’s history. Brownsburg police in 2015 were called to a park after people there told police Musleh was asking young people to join the Islamic State.

Sorry to disappoint the Muslim witch-hunt, but it wasn’t Muslims who rioted the day after Christmas, it was Obama’s rotten sons: Thousands of them terrorizing malls and US Citizens in the name of America’s false prophet, Obama.

Click Here To Read The Rest of: .#Muslims Riot At Mall Day After Christmas, Media Blackout

TMJ is right. Have a good look at WHAT THE MEDIA is not reporting:

Follow dear progressive IF YOU CAN: Were you to acknowledge the truth about black mob violence, THEN we could confront/help solve it.

‘Egypt’ as a woman in a noose. Image courtesy of Urban Infidel Blogspot.

As not reported by the mainstream media, the 29th Annual Muslim Day Parade took place in New York City this past Sunday.

This year, there were no black flags of Al Qaeda in sight. However, the absence of black flags did little to tamp down the message that with terrorism being the order of the day Islam is not a religion of peace and the Muslim Brotherhood is running the show.

On top of it all, the mainstream media was missing in action.

As reported by Urban Infidel, this theme was “Islam & America Share Common Values.” (Oh, those ideologues, proselytizing in the name of Allah.)

These guys actually thought they were going to march down Madison avenue brandishing rather real looking ‘guns’. As part of the Egyptian Black Hand Muslim Bro Brigade. Whipping. Hanging. Beating. Death. What a nice family parade meant to celebrate the common VALUES held my Americans and Muslims. Guess the Muslim Brotherhood didn’t get the message. Much more to come after I write my posts and go through videos and pictures. And yes, I know, some kid SCREAMS MOMMA MOMMA over and over and OVER.

For the record, there is no other group in New York City who could have flashed around fake firearms on Madison Avenue on any given day for more than sixty seconds in the company of NYPD without NYPD blowing them off the planet.

Stay stupid, New York. One day those fake weapons are going to be real.

One more thing. Where is the media? Apparently, the streets have to run red with blood before they show up.

… Undoubtedly these flight restrictions are in response to the intense media presence now surrounding Bundy Ranch.

‘Keeps the media choppers away so the BLM can do what it wants,’ a contributor named SkyDancer pointed out on the Free Republic.

It’s quite obvious that this is the case considering that news helicopters routinely fly at an altitude under 3,000 feet in order to capture the best footage.

Recently, cowboys who are supportive of Cliven Bundy have been successful at rounding up Bundy’s cattle before the BLM could impound them, so it certainly appears that the agency is using the flight restrictions as a cover to target these cowboys without any fear of potential brutality being leaked to the media.

BLM agents have already assaulted several protestors, including a pregnant woman and a cancer victim, which was fortunately caught on tape….

… Amy Lueders, the Nevada state director for the BLM, said in a conference call Thursday evening that the agency does have a “protocol,” but would not release any numbers for animals they have found dead or that they have euthanized….

‘In terms of the number that we’ve found, animals who are, I think, deceased on the range, or if we’ve had to euthanize an animal, we don’t have an answer to that question at this time,’ Lueders said. ‘We will euthanize an animal during the impoundment if they exhibit dangerous characteristics, threaten the health and safety of the employees, display a hopeless prognosis for life….’

In other words, BLM is low-flying helicopters over the heads of cattle stressing them out while at the same time denying them water both of which will add to their further discomfort thereby guaranteeing the cattle a dreadful end. At the same time, the FAA has put into place a no fly zone for media helicopters in order to implement a media blackout of the atrocities being committed against the Bundy family, their supporters and cattle under the cover of darkness. Regardless of what side one is on in this discussion, it does not the wrongs being committed.

Back to the cattle.

… ‘So, we do have a protocol in terms of when we would euthanize animals,” she said. “But we don’t have any answers at this time in terms of the numbers….’

B.S. How does any of this sound humane, where the hell is PETA and does said protocol include the euthanisation of tortoises? See: Before Nevada Cattle Rancher Standoff, BLM Killed Off Hundreds of Endangered Tortoises.

The Bundy family is correct, their cattle are being mistreated and slaughtered.

“…We don’t have a gangs, guns (and) drugs problem. We have a nepotism, cronyism and patronage problem….”

That was just one of the many shouts that were to be heard at last Thursday’s meeting in Chicago, excerpts of which have been selectively omitted by the mainstream media.

Al Sharpton, pit bull and race baiter to the chief converged upon Chicago, Illinois not to discuss that pains and suffering of Chicagoans but to push for gun confiscation, correction control.

To Sharpton’s surprise, the crowd had no intention of engaging Sharpton and Chicago’s Progressive regime on the subject of gun confiscation.  Instead fed up Chicagoans assailed Progressive elites from Rahm Emanuel to Sharpton to Barack Obama….