Posted a little while ago to the White House’s YouTube channel.

Donald Trump has a habit of heading down a rabbit hole where only he knows he hopes it will lead. He keeps friend and foe alike guessing, so even when he comes out of that hole smelling like a rose, no one can be sure whether he just got lucky, or that was how he planned it all along. Even Rachel Maddow, the most pragmatic of his media enemies, will have to admit he’s done this quite a few times.

I don’t know what President Trump’s knowledge about how large “face” plays in the cultures and politics of the Far East. But it’s Yuge. Moreover, no one is really sure if Kim Jung Un really runs the North Korean crime machine, or is the face of a larger collective.  Personally, I lean toward the latter.

And by agreeing to meet with Kim face-to-face what has been proffered is a kind of Face never offered to the North Korean regime before. And since the South Koreans served as the middleman, no one even knows who actually laid this rabbit hole on the table.

We were at war with Kim’s grandfather for nearly three years in the 1950s, ending with an armistice that locked North Korea away from decent society, literally, a condition that persists today. It was Kim’s father who made the giant strides toward developing a nuclear capability, only no one is absolutely certain why. Self-defense? A source of income? Or the Korean idea of equality in the comity of nations? The Nuclear Club and the bragging rights?

Bill Clinton sent Madeleine Albright, his Secretary of State, to iron out a deal with Kim Jung Il’s representatives, which turned out to be a masterful swindle, where we gave them billions, boatloads of frozen chicken wings, and they gave us a promise on a piece of paper which they never truly intended to keep and we never intended to enforce. And they knew it.

Madeleine may as well have been Stormy Daniels, her signature was so worthless[…]

While channel surfing today, I caught Dennis Rodman in yet another rant with the mainstream media puppets who follow his movements to and from  North Korea just to present Rodman’s latest cry for attention dog and pony show for the sake of ratings.

Although a national embarrassment, Rodman came through as expected. 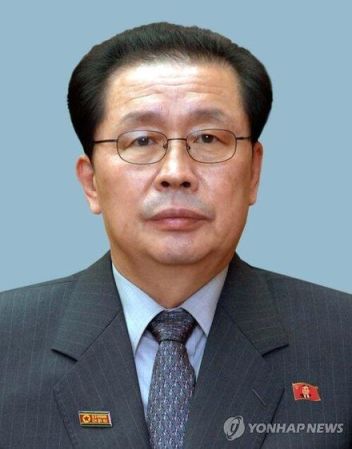 Well if putting a death sentence on the heads of Kim Jong-Un’s uncle, Jang Song-Thaek, and five aides, stripping them down naked and throwing them into cage with 120 wild dogs that have not been fed for three days isn’t enough to strike fear in the hearts of the North Korean people, nothing will.

Jang Song-Thaek, 67, along with five close aides, was stripped naked and thrown into a cage of hounds which had been starved for three days, according to new details emerging from China.

The pack of animals spent more than an hour mauling the group in a punishment called ‘quan jue’, or execution by dogs, a report in Chinese newspaper Wen Wei Po said.

Continue Reading – Kim Jong-Un had uncle stripped naked, thrown into a cage and eaten alive by pack of dogs

Satire or propaganda, you choose.

One of the few lucky enough to escape to the west, Shin Dong-hyuk, born in Kaechon #14, a North Korean labor camp and now human rights activist penned a letter last week to Dennis Rodman, who is now on his third visit to North Korea to its leader and friend, Kim Jong Un.

I have never met you, and until you visited North Korea in February I had never heard of you. Now I know very well that you are a famous, retired American basketball player with many tattoos…I want to tell you about myself. I was born in 1982 in Camp 14, a political prison in the mountains of North Korea…

The terror campaign of North Korean dictator, Kim Jong-un aka bff to Dennis Rodman has begun.

One week ago, Jong-un in his first large scale public execution forced crowds as large as 10,000, many of whom were children to watch the as his military carried out the execution of 80 people in seven cities across North Korea for such minor offenses as possessing a Bible or watching South Korean movies.

Alleged accomplices and family members of those executed were sent to prison camps.

…About 10 people were killed in each city, which included Wonsan in Kangwon Province, Chongjin in North Hamgyong Province, Sariwon in North Hwanghae Province and Pyongsong in South Pyongan….

…The idea that executions would be held simultaneously on a weekend in seven cities suggests an extreme measure by the central government to stamp out public unrest or capitalistic zeal accompanying its development projects.

The victims seem to be guilty of crimes related to South Korea – like watching South Korean films – or accused of corruption of public morals, especially sexual misconduct.

North Korean law allows executions for conspiring to overthrow the government, treason and terrorism. But North Korea has also been known to order public executions for minor crimes such as religious activism, use of cell phones and stealing food to intimidate the public….