Streamed live on Apr 27, 2017 by RonPaulLibertyReport

Wikileaks Founder and Editor-in-Chief Julian Assange joins the Liberty Report to discuss the latest push by the Trump Administration to bring charges against him and his organization for publishing US Government documents. How will they get around the First Amendment and the Espionage Act? The US government and the mainstream media — some of which gladly publish Wikileaks documents — are pushing to demonize Assange in the court of public opinion. Wikileaks is registered as a 501(c)3 organization in the US. Find out more about the organization and how you can help: https://wikileaks.org/ 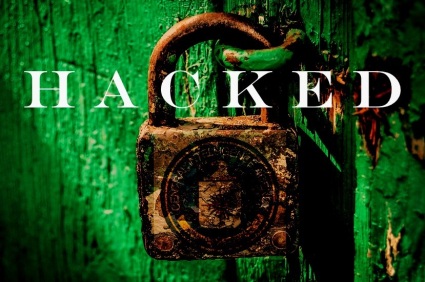 The CIA, Barack Obama and administration have displayed TOTAL INCOMPETENCE. They have spent so much time going after Americans opposed to Marxist ideology and of late, President Donald Trump, before and after the election that they dropped the ball. The business of spying on Americans must FINALLY be dealt with.

Julian Assange holds press conference in London on 3/9/17. The WikiLeaks founder addresses a range of issues including the CIA hacking and President Trump’s wiretapping claims.

Today, Tuesday 7 March 2017, WikiLeaks begins its new series of leaks on the U.S. Central Intelligence Agency. Code-named “Vault 7” by WikiLeaks, it is the largest ever publication of confidential documents on the agency.

The first full part of the series, “Year Zero”, comprises 8,761 documents and files from an isolated, high-security network situated inside the CIA’s Center for Cyber Intelligence in Langley, Virgina. It follows an introductory disclosure last month of CIA targeting French political parties and candidates in the lead up to the 2012 presidential election.

Recently, the CIA lost control of the majority of its hacking arsenal including malware, viruses, trojans, weaponized “zero day” exploits, malware remote control systems and associated documentation. This extraordinary collection, which amounts to more than several hundred million lines of code, gives its possessor the entire hacking capacity of the CIA. The archive appears to have been circulated among former U.S. government hackers and contractors in an unauthorized manner, one of whom has provided WikiLeaks with portions of the archive.

“Year Zero” introduces the scope and direction of the CIA’s global covert hacking program, its malware arsenal and dozens of “zero day” weaponized exploits against a wide range of U.S. and European company products, include Apple’s iPhone, Google’s Android and Microsoft’s Windows and even Samsung TVs, which are turned into covert microphones.

Since 2001 the CIA has gained political and budgetary preeminence over the U.S. National Security Agency (NSA). The CIA found itself building not just its now infamous drone fleet, but a very different type of covert, globe-spanning force — its own substantial fleet of hackers. The agency’s hacking division freed it from having to disclose its often controversial operations to the NSA (its primary bureaucratic rival) in order to draw on the NSA’s hacking capacities.

By the end of 2016, the CIA’s hacking division, which formally falls under the agency’s Center for Cyber Intelligence (CCI), had over 5000 registered users and had produced more than a thousand hacking systems, trojans, viruses, and other “weaponized” malware. Such is the scale of the CIA’s undertaking that by 2016, its hackers had utilized more code than that used to run Facebook. The CIA had created, in effect, its “own NSA” with even less accountability and without publicly answering the question as to whether such a massive budgetary spend on duplicating the capacities of a rival agency could be justified.

In a statement to WikiLeaks the source details policy questions that they say urgently need to be debated in public, including whether the CIA’s hacking capabilities exceed its mandated powers and the problem of public oversight of the agency. The source wishes to initiate a public debate about the security, creation, use, proliferation and democratic control of cyberweapons.

Once a single cyber ‘weapon’ is ‘loose’ it can spread around the world in seconds, to be used by rival states, cyber mafia and teenage hackers alike[…]

If Obama grants Manning clemency Assange will agree to US extradition despite clear unconstitutionality of DoJ case https://t.co/MZU30SlfGK

According Assange’s attorney, conditions of the extradition pledge were not met.

WikiLeaks last week reiterated Assange’s offer to agree to be extradited to the United States in exchange for clemency for Manning. However, a lawyer for Assange based in the U.S. described the commutation as falling “well short” of the clemency requested by Assange.

“Mr. Assange welcomes the announcement that Ms. Manning’s sentence will be reduced and she will be released in May, but this is well short of what he sought,” Barry Pollack, Assange’s lawyer, told The Hill in an email. “Mr. Assange had called for Chelsea Manning to receive clemency and be released immediately”[…]

Assange is still happy to come to the US provided all his rights are guarenteed despite White House now saying Manning was not quid-quo-pro. 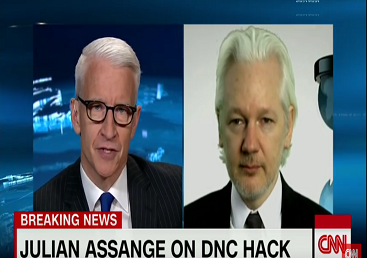 CNN talking head Anderson Cooper is doing his best to take the attention away from the damaging content of the hacked emails and the lack security that resulted in the hack by trying to make it a personal vendetta by Wikileaks founder Julian Assange against the “human security breach,” Hillary Clinton.

As a totally bought and paid for shill for the leftist establishment, Cooper appears to have a hard time grasping the concept that Assange is acting purely in service to the public interest with his releases. He’s exposing to America a few of the many improprieties, irregularities and criminalities of much of the Democrat leadership. The part that seems to get to him the most is that which involves Hillary Clinton the grim reaper of American liberty.

The last thing Cooper and his Democrat masters need is another guy who can’t be bought. Attempting to torpedo Donald Trump was already more than a full time job for their entire network, as well as MSNBC, NBC, ABC, CBS, much of print and online as well as the entertainment world. That’s a lot of firepower against one guy and his campaign. Now Assange has emerged out of nowhere, throwing curveballs that they might not be able to hit.

Below is the full interview between Cooper and Assange.

There was a time when any journalist would have exposed those emails but not today.  Journalism has been corrupted in America and with integrity having been thrown out the window, socialist and communist shills turn a blind eye to please their Marxist masters.

In the above interview nearly three weeks ago, Julian Assange, WikiLeaks founder, said that this year he will leak information on Hillary Clinton that could be extremely damaging to the presumptive Democratic nominee.

On March 16, 2016 WikiLeaks launched a searchable archive for 30,322 emails & email attachments sent to and from Hillary Clinton’s private email server while she was Secretary of State. The 50,547 pages of documents span from 30 June 2010 to 12 August 2014. 7,570 of the documents were sent by Hillary Clinton. The emails were made available in the form of thousands of PDFs by the US State Department as a result of a Freedom of Information Act request. The final PDFs were made available on February 29, 2016.

A search for the terms, iraq|baghdad|basra|mosoul will net you 1258 results which can be viewed here.

Actually it is more like the Obama administration will use Wikileaks as an excuse to silence the voice of opposition in the United States which by the way is an assault on our first amendment rights.

The infamous Sedition Act, which criminalized speech critical of the federal government and which was passed by the Federalists during another of America’s undeclared wars (that time, against France), lasted only three years, from 1798 to 1801. However, if the congressional critics of WikiLeaks founder Julian Assange have their way, a new and revised version of the Sedition Act may be in the offing.,,,”

WAKE UP AMERICA, WAKE UP!