“These occupiers and the Democrats behind them, can no more disown the violent agitators, than they can disown the stench that comes from these filthy encampments!”  (4:15) 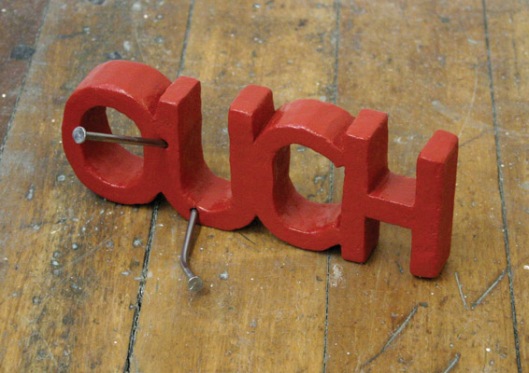 Now was that as painful as it looked?  You betcha!

No contest Williams.  Malkin is DEFINITELY a baaaaaaaaaaaad arse!

“If we amplify everything, we hear nothing. There are terrorists and racists and Stalinists and Theocrats. But those are titles that must be earned. You must have the resume. Not being able to distinguish between real racists and Tea Partiers and real bigots and Juan Williams or Rick Sanchez is an insult not only to those people, but to the racists themselves who have put in the exhausting effort it takes to hate.”

Is Jon Stewart and the other person, ah hem, Stephen Colbert moving slowly to the center or am I imagining it?  I guess it is all about survival and smelling which way the wind is blowing.  If today’s rally were held two years ago, both Colbert and Stewart would have skewered patriots and members of the Tea Party this afternoon.  However, today is a new day and they have chosen self-preservation instead. Interesting.

The only thing that I could see that may have been accomplished today was Stewart successfully exposing the MSM as the jackrabbits that they are.

I wonder if the audience got it or were some of them too stoned to get anything. In any event, turning our backs on these two Benedict Arnolds could prove disastrous.  Let us not forget and REMEMBER TO GET OUT AND VOTE on Tuesday.

Received the following email from Keep America Safe I thought worthy of sharing.  Please sign petition and feel free to pass it on.  Thank you.

On Wednesday, National Public Radio fired Juan Williams after remarks he made on Fox News’ “The O’Reilly Factor.” Williams said, “I mean, look, Bill, I’m not a bigot. You know the kind of books I’ve written about the civil rights movement in this country. But when I get on a plane, I got to tell you, if I see people who are in Muslim garb and I think, you know, they are identifying themselves first and foremost as Muslims, I get worried. I get nervous.” In response, NPR decided to fire Williams.

While NPR is funded primarily through grants and contributions, including millions from George Soros, it still receives millions of dollars every year from the federal government. In a time of crippling national debt when taxpayers all across America are struggling to make ends meet, why is the federal government spending our money to subsidize the left wing programming at National Public Radio? It’s time for this to end. Please sign our petition to end federal funding of NPR and pass it along to friends and families.

Please take the time to read the noteworthy stories from the week below — and don’t forget to visit KeepAmericaSafe.com throughout the week for breaking news. Also, remember to check out our store to pick up great Keep America Safe merchandise. Thank you for your support. 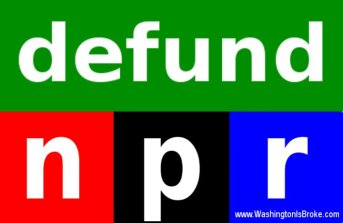 TELL NPR WHAT’S ON YOUR MIND

Have something to say, leave it on NPR Omudbudsman, Alicia Shepard’s, site here or call her at 202-513-3245.  NPR’s contact page may be accessed here.

Below is an excerpt from the statement Sarah Palin posted on her Facebook page calling for the defunding of NPR.

“At a time when our country is dangerously in debt and looking for areas of federal spending to cut, I think we’ve found a good candidate for defunding. National Public Radio is a public institution that directly or indirectly exists because the taxpayers fund it. And what do we, the taxpayers, get for this? We get to witness Juan Williams being fired from NPR for merely speaking frankly about the very real threat this country faces from radical Islam.”

Mike Huckabee is also calling on the defunding of NPR.

“NPR has discredited itself as a forum for free speech and a protection of the First Amendment rights of all and has solidified itself as the purveyor of politically correct pabulum and protector of views that lean left,’ Huckabee said in a statement provided to CNN.”

Bill O’Reilly announced tonight on the O’Reilly factor that Jim Demint will move to defund NPR. 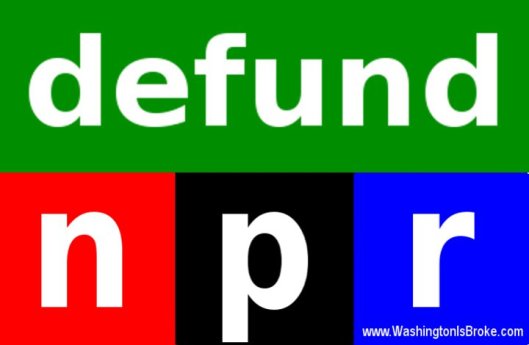 Have something to say, leave it on NPR Omudbudsman, Alicia Shepard’s, site here or call her at 202-513-3245 .  NPR’s contact page may be accessed here.


The firing of Juan Williams is an assault on William’s freedom of speech, journalism and on America.  This is about censorship, i.e., silencing the voices of Williams, Fox, Bill O’Reilly, Sean Hannity, Glenn Beck, Americans AND the Islamization of America.

Williams dared to be honest by uttering that which is in the back of all of our minds, if only for a second, when in an airport or on a plane in the company of Muslims.

NPR’s termination of Williams puts Americans on notice that anyone who utters a word that Muslims consider offensive will be demonized and punished.

NPR who receives taxpayer dollars had no right to break Williams’ contract. Defund NPR! After all, they have George Soros who donated $1.8 million to NPR for the hiring 100 news reporters, reporters who will spread Marxist propaganda in a declaration of war against all who repudiate progressivism.

Below is the video of the exchange between Bill O’Reilly and Juan Williams that cost Williams his job.

Of course, NPR’s Vivian Schiller, George Soros puppet is another nasty, condescending, elitist liberal who rather than handle this as an adult has sunk to the level we have come to expect from the left.

“journalistic rule of ethics”– NPR has none. Schiller should be fired for her remarks regarding the termination of Williams and for attacking the man’s integrity.

“not compatible with the role of a news analyst on NPR” – Juan Williams is the last of the news analysts on NPR.  NPR and all those who work there are Soros puppets and tools through which progressives will spread their lies and propaganda.

See JUAN WILLIAMS: I Was Fired for Telling the Truth