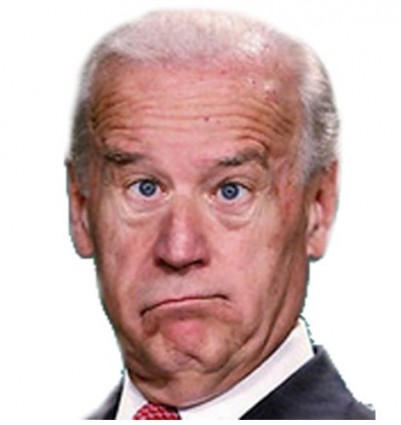 It’s not surprising that Joe Biden dropped out of consideration for the presidential race though he left his foot in the door. He just lost his son, he has a lot of skeletons in his closet that came out the last two times he ran, he might have waited too long, the gaffe master probably wouldn’t win, and who wants to buck the Clinton machine.

DC Whispers passed on a rumor that he changed his mind in one day after a “trusted” advisor warned the Clintons were “fully prepared and willing” to utterly destroy Joe Biden’s “past, present, and future.” They were going to destroy his reputation[…]

Click Here To Read The Rest of: Why Joe Biden Really Dropped Out 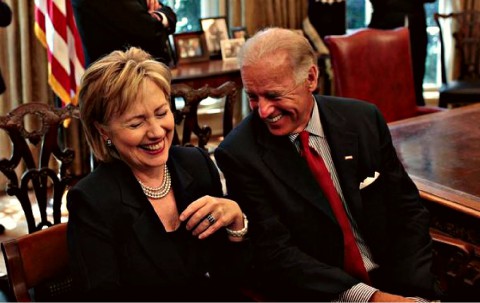 While the gap between Hillary Clinton and Joe Biden continues to narrow with 48% of likely Democratic voters leaning toward Clinton, 34% Biden and 11% undecided, the Clinton campaign is moving to checkmate or at least stymie Biden’s efforts to run.

Hillary Rodham Clinton’s campaign, increasingly worried about the threat of a challenge from Vice President Joseph R. Biden Jr., is making a sudden and urgent effort to throw roadblocks into his path.

After months of voicing doubt about a challenge from the vice president, Clinton campaign operatives are viewing Mr. Biden’s entry into the contest as a serious possibility and are trying to rally the party’s apparatus and its donors to her side. They have flooded uncommitted Democrats with emails, phone calls and a plea for them to sign a letter, a copy of which was obtained by The New York Times. In the letter, Democrats are asked to ‘pledge to support Hillary Rodham Clinton at the 2016 Democratic National Committee Convention with my unpledged delegate vote.’

A campaign aide said that given the mistakes of Mrs. Clinton’s 2008 campaign, they had always planned to make an early and aggressive push to lock down superdelegate support.

This Saturday, hours before Mr. Biden appears as the keynote speaker at the annual gala of the Human Rights Campaign, the most influential gay and lesbian political group in the country, Mrs. Clinton will have breakfast with the same group. And next Tuesday, former President Bill Clinton will appear on “The Late Show With Stephen Colbert,” after an emotionally powerful appearance by Mr. Biden that became a viral video among some in the Democratic Party….

According to last week’s telephone poll (Rasmussen), 67% of likely Democratic voters believe the possibility exists of Biden seeking the 2016 Democratic presidential nomination, 21% say” it’s very likely” and 26% who believe that a Biden candidacy is unlikely to happen.

Either way a vote for Biden or a vote for Hillary is a vote for Barack Obama and while one has been proven a liar, the other has proven himself a lecherous old son of a gun; yet, both are the face of failed social engineering policies that have destroyed our cities, government overreach, tyranny and the reflection of moral decline in America. 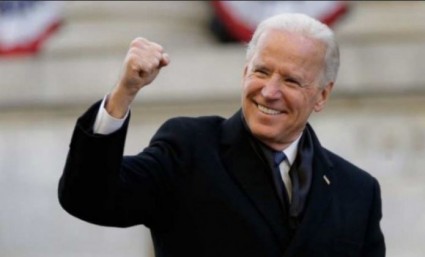 I come from a family of Christians who are loyal union members. My father belonged to the Millwright/Carpenter Union his whole life. My cousin and uncle were both Ironworkers. The sad part is, big parts of my family voted for Barack Obama… not once, but twice. Even sadder is that if Joe Biden runs, they’ll vote for him as well. Why? Because he’s pro-labor and that’s all they can see. It doesn’t matter if pro-labor means pro-worker or not. They have one issue and have blinders on. It has now caused an insurmountable schism in my family which saddens me greatly. If my father were still alive, as pro-union as he was until the last decade or so of his life, there’s no way he would have ever supported these craven Marxists. No way.

I fully expect Joe Biden and Elizabeth Warren to run on the Democratic ticket for the presidency in 2016. Hillary Clinton is damaged goods and cratering in the polls. She’s also under investigation by the FBI and sooner or later, she’ll be charged. Then some type of pardon will be forthcoming. The Democrats can’t abide Sanders, so Biden will fill the breach most likely. But trust me, if the nominee were to be Socialist Sanders, my family would vote for him. Once again, because he’s pro-labor….

Just as I was thinking about the family finally piecing itself back together after eight years of Barack Obama (but that’s another post), here comes Joe Biden and Elizabeth Warren.

My favorite Congressman, Trey Gowdy, ripped Obama a new one in a discussion last evening with Bill O’Reilly over the Manchurian candidate’s planned executive action on immigration.

During the discussion, the subject of impeachment comes up and Gowdy responds with five words, “Have you met Joe Biden?” (For years, Americans have asked, “Why did they pick Joe Biden?” Now we know why.)

I say let Gowdy loose on all of them.

Does Harry Reid look pissed or what?

During Friday’s post-election day luncheon at the White House attended by Barack Obama and leaders of the Republican Party and Progressives, a clearly irritated Obama in the midst of a contentious debate between the parties shut down an attempt by Joe Biden to discuss immigration with John Boehner.

A Republican aide reported to the Associated Press that John Boehner asked Obama for more time to work on the legislation.

Underscoring his intent to take executive action by year’s end, Obama responded that he has been waiting for Republicans to act since 2013 (no mention of all the bills collecting dust in Harry Reid’s office).

Biden then asked Boehner how long would Republicans need and it was at this moment that Obama angrily cut Biden off.

A Progressive aide insisted that Obama was “firm but courteous,” while denying that Obama cut his vice president off…yeah right.

Such actions by Obama would imply one or more of the following, (i) Obama and Biden strategies of implementing immigration differ; (ii) Obama does not intend to collaborate with Republicans on the subject of immigration; (iii) all appearances, photo ops, press conferences, etc. are an illusion aka another Obama deception; and (iv) Obama’s primary goal continues to be one party rule, i.e., the ultimate destruction of the Republican Party.

Three Weeks After Solyndra Scandal Began MSNBC Prime Time Programs Still Haven’t Reported It Today is the three week anniversary of the beginning of the Solyndra scandal, and the prime time programs of the so-called “news network” named MSNBC have yet to report one single word about it. This is despite daily revelations about the growing controversy for the Obama administration including the following from the San Jose Mercury Tuesday: The top ex … Read More

via Village of the Banned