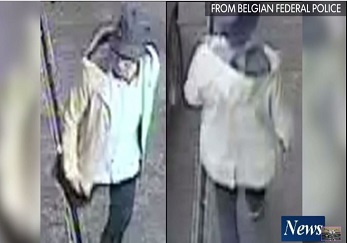 The Belgian police eventually released footage of Abrini aka the man in white as he made his way through the City to the town of Zavantem as people reacted to the terror around them.

Brussels and Paris terror attacks suspect Mohamed Abrini has admitted to being the ‘man in white’ who was seen with two suicide bombers at a Belgian airport.

Abrini, 31, who is thought to have played a major role in the Paris massacre that killed 130 in November and the Brussels bombings in which 32 people died last month, was arrested yesterday and has since been charged with ‘terrorist murders’.

Belgium’s federal prosecutor said on Saturday that Abrini admitted to being the ‘man in white’ – also known as ‘the man in the hat’ – who was seen at Zaventem airport on March 22 just before the attack that killed 16 people.

‘We confronted him with the video evidence prepared by our special unit,’ a spokesman for the prosecutors’ office said. ‘He had to admit it was him.’

After leaving the airport, Abrini threw his light coat in a dust bin and later sold his hat, prosecutors added.

Prosecutors charged four people, including Abrini, with terrorist activity for their suspected roles in the Brussels bombings and Paris attacks. They were arrested yesterday, along with two others who were later released….

Continue Reading — Jihadist, Mohamed Abrini owns up to being “man in white”, Roles in Brussels and Paris Islamic terror attacks

Before I rant against this insane, Communist, radical “Jewish” traitor to America, let me say…Than when I see a post like this, I really laugh my ass off at the likes of David Duke & his childlike supporters. Duke is a white Separatist who is madly in love with the brown people in “Palestine” and worries about these browns 7K miles away before he worries about whites in America. Gershon is an ally in the anti-Zionist cause with Duke. HAHAHA TOO COMICAL….

At any rate.. This is an excerpt of Gershon the Bolshevik:

“In the past month, GOP leaders and presidential candidates have celebrated bigotry and incited hate with unprecedented transparency. While the vast majority of such incitements have targeted Muslims in general and, more specifically […]

Long story, short, David Harris-Gershon is a loathsome Communist schmuck who is too blind to realize that the jihadists who arse he kisses will slit his throat and then play soccer with his head before any GOP official dares entertain the thought of bombing white men and spying on churches in America. 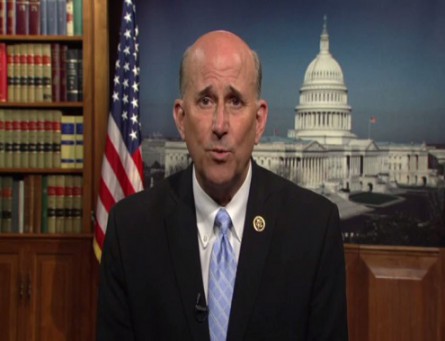 Just received the following email from Rep. Louie Gohmert regarding Barack Obama’s false claims regarding the screening of Syrian refugees. You know, those “moderate” Syrian rebels jihadists refugees that Obama’s talks about so much.

There is truly a war taking place throughout the world. Radical Islam is at war with Western civilization that is not currently part of its caliphate. Though the Obama administration is out to convince you that there’s no war, or that climate change is our country’s biggest threat, the bloodbath in Paris proves the contrary without doubt. Though we are not engaged in defending ourselves fully, the one-sided war goes on, allowing our enemy to get stronger and more radical.

America is now faced with a stinging reality, one that threatens the very heart of our national security. President Obama has instructed his administration to bring tens of thousands of Syrian refugees into our country without any real standard of document authentication or actual database of information that would allow us to effectively vet these people….

Continue reading – Despite Obama’s Claims, We Are Not Able to Properly Screen Syrian Refugees 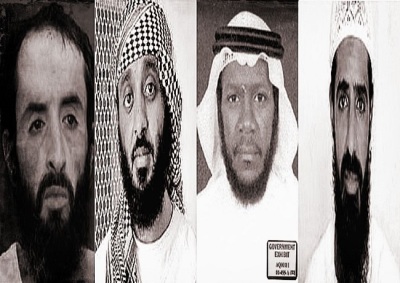 From left to right: Abu Faraj al-Libi, Abd al-Rahim al-Nashiri, Mustafa al-Hawsawi, Waleed bin Attash are among Gitmo’s most dangerous detainees now permitted to communicate with their families via Skype or pre-recorded video.

Permitted to transmit and receive correspondence via the IRS,the Obama administration is now allowing fifteen “high value” of the most dangerous Guantanamo Bay detainees to phone home (double face palm) via Skype. H/t Stars and Stripes.

Allegedly monitoring both sides of the conversations, the calls are being strictly monitored. Yeah sure.

A U.S. defense official, speaking on the condition of anonymity to discuss prison operations, confirmed the calls took place in ‘near real time’ and were subject to security screening.

‘We have concluded that increasing family contact for the High Value Detainees can be done in a manner that is consistent with both humanitarian and security interests,’ Lt. Col. Myles Caggins III, a Pentagon spokesman, said in a statement. He said Pentagon officials now planned to expand the calls to the 13 remaining high-value detainees….

Among the jihadists permitted to phone home or send video-recorded messages to their families are:

Abu Faraj al-Libi (Mustafa Faraj Muhammad Muhammad Masud al-Jadid al-Uzaybi), a Libyan national and proof that enhanced interrogation techniques do work, “played a key role in finding ‘safe havens’ for bin Laden and lived in the military town where he was finally found.”

Accused of orchestrating a 2006 plot to bomb an airplane, Al-Libi was operational chief of al-Qaeda with ties to both Osama bin Laden and Ayman al-Zawahiri.

Abd al-Rahim al-Nashiri (Abd al-Rahim Hussein Muhammed Abdu Al-Nashiri) is the mastermind of the 2000 bombing of the USS Cole in which 17 U. S. sailors were killed and 39 injured. Nashiri, a Saudi Arabian also had ties to OBL.

Mustafa al-Hawsawi’s (Mustafa Ahmad al-Hawsawi) legal counsel asked that their client on trial for his role in the 9/11 Islamic terrorists attacks be permitted a phone call with his family.

Al-Hawsawi, a Saudi Arabian, was a financier of the September 11th Islamic terrorist attacks and member of Al Qaeda.

The general population of detainees at Gitmo has been phoning home on landlines since 2008 and Skype since 2009.

Plans are in the works to allow at least ten other of Gitmo’s most dangerous detainees to phone home.

In the meantime, the traitors representing them (legal counsel) are now complaining that the restrictions placed on these jihadists hamper communications.

We have a bunch of idiots running this country.

Barack Obama’s jackboot of tyranny is depriving more Americans of their liberties every day. At the same time, he lavishes enemies of the Republic with that which he denies citizens.

JERUSALEM—In what may be the first time since the Japanese kamikaze attacks of the Second World War, the army of an organized state—if Syria can still be considered such—has formed a suicide unit.

A video clip posted Dec. 30 on the Internet shows a small group of soldiers from the Syrian Army’s Mountain Battalion wearing pouches around their waists, presumably for explosives, facing the camera. All wear white headbands and masks….

If unable to view above video, you can view it here.

A publication, released this week by the Institute for National Security Studies entitled “Suicide Attacks in 2014: The Global Picture” reported that in 2014, there were 592 suicide attacks that left more than 4,400 dead, i.e., a 92% increase from 2013 that resulted in the deaths of 3,200 people.

This trend was influenced by three main factors: The turmoil in the Middle East, which causes governmental instability and allows non-state organizations to grow stronger; the meteoric rise of the Islamic State (IS) as an influential player in the region and the world; and the US withdrawal from Afghanistan.

The figures for 2014 include some noteworthy trends:

Young jihadists in Syria who left the comfort of their homes in France to join the Islamic State are now contacting their attorneys and families hoping to return to their homeland without facing repercussions.

Because according to a series of letters published by Le Figaro newspaper earlier this week, as it so happens modern technology such as IPODS, IPADS do not fare to well in the middle of a caliphate, “winter is here” and “they want to send me to the front but I don’t know how to fight.”

Attempt to negotiate their return after months in the ranks of the Islamic State … Many young French contacted a lawyer or their families with this in mind. Their messages vary but pose these questions: “If I go back to France, what will happen to me? Can I avoid jail? What should I do in exchange? “And claim that they have been misled by visiting Syria.

‘I have almost nothing apart distribute clothing and food. I also helped clean up some weapons and transport the bodies of fallen soldiers in the clashes. Winter is here. It’s getting very hard,’ says in substance a candidate to return, based in Aleppo.

Sometimes words are of naivety or confounding unconsciousness, ‘I’m sick and tired. My iPod does not work here. I have returned! ‘The shock of modernity and medieval connected lifestyle imposed on Daech recruits. When the tone is not more whiny – ‘I’m tired. They make me do the dishes “- or frightened -” They want to send me to the front while I do not know fight ‘… Sometimes the question raised is very prosaic, as this pair of jihadists who is worried because her child, born in Syria, does not exist for the French civil status….

According to information from Figaro, several jihadist lawyers have decided to act.

‘We are in contact with the police as a criminal, but a hypersensitive subject, says one of them, which requires secrecy, wishes to remain anonymous. Everyone is aware that the types remain longer there, the worse it will be and that by seeing or commit atrocities they turn into time bombs. But from there to have a formal speech on the fate of France is ready to reserve for its ‘repented’ … No minister is willing to take the risk! Imagine that these ex-jihadists is then involved in an attack….’

In Aleppo, Raqqa, the inclination to leave the ranks of the Islamic state does not always go unnoticed. The French have been bludgeoned to spend their desire to desert. According to rumors, a “soldier” – French or of another nationality – was even beheaded after explaining to the local emir that he wanted to follow the path of his compatriot and friend who had already fled….

So much for the glory of jihad. France’s criminal attorneys are going to be quite busy as they race to attain the return of French jihadists the Islamic State starts beheading them.