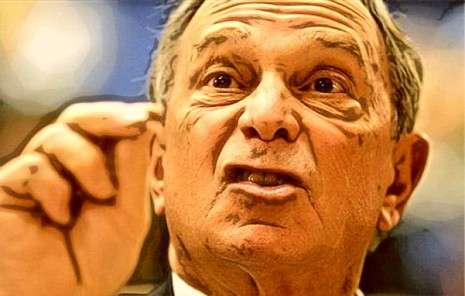 Former New York City Mayor, Michael Bloomberg, is planning on running for president of the United States as an Independent.

Perish the thought, America.  We, the people, have big enough problems with our politicians; we do not need Bloomberg in the Oval Office.

Former New York City Mayor Michael Bloomberg is considering running for president as an independent, according to a Saturday report.

The billionaire is frustrated by businessman Donald Trump’s strong support among Republicans as well as Hillary Clinton’s poor polling.

The New York Times reported Saturday morning that former New York City Mayor and Nanny Michael Bloomberg might run for president as an independent. Unfortunately, there’s no Fascist party for him to run on.

He’s not happy about New Yorker Donald Trump or Hillary Clinton’s poor polling against the communist Bernie. He wants to be sure Trump doesn’t win New York.

You can’t make this stuff up.

He will decide by early March, the latest he can throw in his hat, according to the Times and will fund it with $1 billion of his own money.

Refusing to exit gracefully at the end of his second term, Bloomberg circumvented New York voters by pushing through legislation in the NY City Council extending mayoral term limits to three terms so that he could stay on as mayor.

If Bloomberg were by some fluke to get into the White House, not only will he take our guns, soda pop over 8 ounces, buttered popcorn and put a match to the Bill of Rights, there will have to be a revolution in this country to get this Communist sob out of office.