Yesterday, I watched the laying of the Wreath at the Tomb of the Unknown Soldier, and then the visit to Arlington by our President. Listened to the speeches… and thoroughly enjoyed how many times President Trump mentioned God. If memory serves me correctly, Barack Obama didn’t go to Arlington his first presidential year; he had Biden do the traditional remembrance.

For the first time in over 8 years, Memorial Day felt like it was once again America’s special day. At least as far as the return of not only the “right” to honor our war dead, but more importantly, the feelings associated with such a solemn, sacred event were evoked, even encouraged. As always, the Left tried to be dismissive of our patriotism, but either I’m dreaming or it’s real; the sense of their power over us is weakening[…] 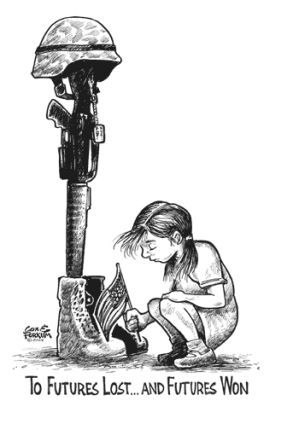 Today is Memorial Day, a day when we honor men and women fallen in the service of their country.

Back when America was more of a piece, such a day was universal it what it meant. Oddly enough, the holiday itself started from division after the Civil War, a conflict over 600,000 Americans never returned from.

Southern women, putting flowers on the graves of their fallen also decided to decorate the graves of the fallen Union soldiers as well, and the custom spread across the Mason-Dixon line. From such a great, painful division came unity.

In America today, we are now in the midst of another great division. And increasingly, we lack the common bonds of our ancestors.

At the present time, we have a volunteer military. What that means is that some young men in our society made a choice to restrict their own freedom and risk their lives to defend the rest of us.Increasingly, there is a socioeconomic and geographical divide between those whom chose to serve and those who don’t. In the past, most Americans knew someone who was serving or had served in our military…vets like Dad, your uncle or grandpa, somebody’s niece or nephew, the neighbors kid or perhaps your own. That’s no longer true[…]

Joshua Pundit (Rob Miller) is The Watcher of Wow! Magazine.  Feel free to check the archive of essays written by Joshua Pundit at Wow! and at his website, Joshua Pundit.


Here is a slightly improved view of the ceremony:

Our friend, Vassarbushmills of Unified Patriots prepared this touching essay in honor of Memorial Day. I will sit down with my grandchildren this weekend and we’ll read Vassar’s essay together after which there will be a discussion about Memorial Day. 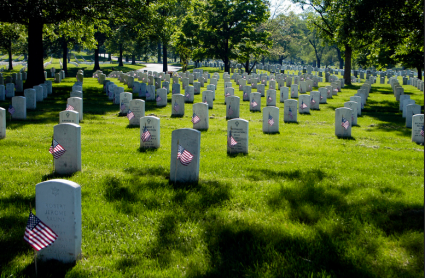 On Sundays, for over three years after my separation, I walked about a quarter of mile down the street to a Christian Church, in part because I liked the preacher, the son of an Army chaplain. And I liked the church itself. It was stranger-friendly. It was a rotunda, and the sanctuary was designed like an amphitheater, holding maybe 250. The back rows, the “sun pews” underneath stained glass windows, were called Bachelors Corner, although there were no corners in that church, and none of the men assembled there were bachelors…except me, sort of.

There were usually eight or ten of them, widowers, and mostly vets from WWII, then still in their late 60s, early 70’s. As I got to know them I learned they usually came thirty minutes or so early and would swap stories under the sun glass, while Sunday school in the adjacent building was still in session. So that became my habit, as well. There was one fellow especially, Bill, who was probably the best story teller I’d ever heard. A smallish man, he retired an Army major in the 1960s. And he was from “back home”, east Kentucky. His National Guard unit was called up en masse in 1942, and trained at Camp Shelby, Mississippi, and then fought as a unit in the Aleutians. After that they split up and Bill was commissioned, and went to Italy, then onto Germany. Bill said he was promoted to corporal his first day in camp as he was one of only a few who could read.

All those fellow’s stories were of camp life or slogging through mud, sleeping in water-filled fox holes, and the like. Bill Mauldin kind of stories. Cartoons almost. Never of fighting. But as a storyteller Bill was best. He had pards named Lester, Abner, Moses and the like. His tale of Abner getting his first store-bought haircut outside Camp Shelby, and them teaching him the etiquette of how to pay for it (“always carry nickels, never give ’em a quarter and have to ask for change”…Abner wasn’t too good as his sums and takeaways either”) was as funny a story I’d heard since Ring Lardner[…]