The caravans enroute to the U.S.-Mexico border are scheduled to arrive just in time for the 2018 mid-term elections next Tuesday.  Coincidence?  I think not.

Progressive bureaucrats have not mentioned the coming invasion or the odds of what could happen at the border when the invaders who are carrying their nation’s flag while burning the U. S. flag head this way.

In the meantime, the Communist media complex is spinning the story as if this wave of men old enough for enlistment are too hungry and weak to create the mischief that is no doubt planned. 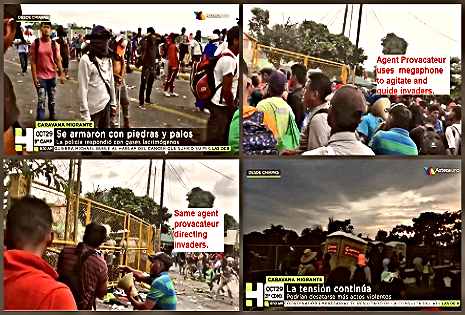 Honduran invaders storming the gate on bridge at Guatemala-Mexico border.

Just yesterday, another caravan on invaders from Honduras stormed the gates to the bridge at the Guatemala-Mexico border making it abundantly clear that (i) they are up to no good and (ii) they must be met with strength. U. S. Border patrol should not have to deal with these people alone.

Published on YouTube October 29, 2018 by U.S. Customs and Border Protection 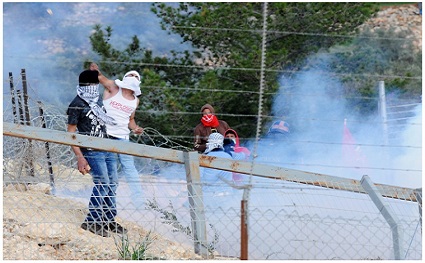 In 2013 when Obama was still president, I offered a piece entitled Ellis Island del Norte, Ellis C0rral deu Sur laying how we could open an orderly, relatively fast portal coming into the United States, much like Ellis Island stationed just off New York City, where millions would pass through, but also many quarantined and returned. Then some distance from this peaceful portal, we could build a giant corral where the accommodations would be less pleasant, and the journey back South less appealing for those who had been captured here while trying to sneak in.

You may have forgotten that another caravan from Central America, about 1500, approached the United States via Mexico in April, and the Media followed them all the way to Tijuana, with the belief was that many would apply for asylum, then be processed and returned. Then the story  evaporated. “Fizzled” is a better word.

What we learned then was that Mexico was at best a feckless partner in keeping these well-funded caravans away from a border show-down.

So, yes, it’s not just Honduras’ fault, but Mexico’s, that these people are once again on the march and nearing our borders.

Mexico is in a pickle, because the current president, Nieto, is scheduled to leave office Dec 1, just 45 days from now, when the new Mexican president Obrador,  will  move in. Nieto, a young, good looking man, is remembered unfavorably for the corruption of his administration, and of the PRI, the ruling party of  Mexico for most of the period since 1934, while Obrador represents a new Party that has never been in power. A blank slate and while they have spoken on the phone, they have never met.

This makes it difficult for President Trump to put his foot down on the toes of a man who won’t be in office long, and if history tells us anything, from a party who could care less[…]