And the Left is the author of hate in America. This is why they use gun control to cover their crimes.

This can be easily proved.

It only makes sense that when hate begins to replace the life-lifting human attributes of human existence, that a few of the haters will act out on it, and begin killing people. The greater the hate, the greater the number who will step out to kill instead of just screeching hateful words. And in a shameless society the wordsmiths, the purveyors of hate can even feel guiltless while others act on their words, even cheering them on. It’s a process that feeds itself, as we now see when late-night television “comedians’ trip over one another trying to out-hate each other to millions of viewers, then fall back on that old straw man, guns, when one or more take their cue and go out and kill someone.

But then someone stumbles and let’s the cat out of the bag that thousands of affluent, educated elites are cheering these killings on, as did a vice-president and senior counsel at CBS, Hayley Geftman-Gold, who gleefully identified the people she felt deserved being the victims of this sort carnage…but worst, for the Left, why they deserved it. This superior Columbia Law School critical analyst surmised that since the Las Vegas show was about country music, only illiterate, redneck, conservative Trump voters would have been the victims. And just desserts.

I’m obviously a better lawyer that young Ms Prissy-Pants, for she has provided the entire country with an insight into the justification and motive for mass murder in her leftwing world; hate. That cat is out of the bag, and there’s no way to put it back in.

She was fired by CBS. But she comes from wealth and didn’t need the job. Someone will hire her, for among the Left there is no such thing as damaged goods unless you flip sides. Still, just 3 days out and she’s complaining about anonymous threats to her safety threats on Facebook, for wishing 59 people dead! (A little irony there, but it does give us insights into the shallow thinking that passes as higher education these days. It’s not like she attended the Burbank School of Laffs. )

While we can look for less public crowing about political killing in America, sadly, you can look for more killings, although not on the scale of the Las Vegas massacre last weekend.

Indiscriminate killing-by-hate has been on an upward spiral for the past decade, simply because “wishing” other people dead has increased exponentially. In many respectable quarters of the United States, especially our universities, it’s not even considered a bad thing to wish mortal harm on an enemy. Quite the opposite. At Berkeley today they speak of Christians in terns, when I studied the Soviet Union in the 1960s, we didn’t even speak of the Commies.

What fuels all this, of course, is hate, which begins first as a hatred of things. Hating people or types of people comes later.

You need to understand hate and haters first.

In her important series of essays on the radicalism of the 1960s, The Return of the Primitive (1972), in one, “The Age of Envy” (remember she’s writing about people who are full professors now, at places like Berkeley) Ayn Rand sized up the description of the modern hater.

Since this new kind of hate seems to dominate our world today, from riots and beatings to mass killings, and has for close to a decade, I recommend you read this short piece , to get a sense of how vital “hate” is in the armory of the Left as it moves forward in its mission to end American constitutional democracy. (Irony No 2: If Lenin is any gauge, and the Left should someday triumph with this hate crusade, all the people you see today who teach in the schools and universities, as well as those screaming children they sent into the streets, will be unceremoniously taken out and shot, for in no way can the Left’s New World Order allow them to live beyond their usefulness. You can’t just turn hate off and on, and in that New World they will have no place for a million screaming brats.)

We have reached that point in America where hate has passed the invisible line of respectability. It is totally transparent[…] 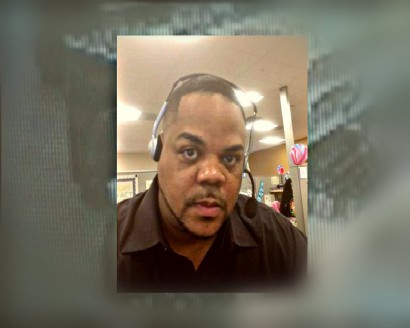 In her monologue Wednesday, “This Is A Bad Day For America” Dana Loesch/The Blaze called out the nasty hateful racist rhetoric from Communists that flooded social media in support of WDBJ On-Air shooter, Bryce Williams/Vester Lee Flanagan, mostly under the hashtag #Blacklivesmatter.

Leading the hate, as usual was DeRay McKesson, leader of Black Lives Matter, paid Soros puppet. DeRay who at first assumed that the WBDJ On-Air shooter was a Caucasian male posted and later deleted this tweet which he now denies (the assumption), of course.  (See, Twitchy, ‘Mega-FAIL’: DeRay McKesson deletes tweet, backpedals after realizing #WDBJ shooter not white)

Progressives from the White House down to the Department of Justice down to the mainstream media, grievance industry and George Soros’ many paid agent provocateurs own this.  Shamefully they have no remorse for the seeds sown nor will they admit to having the blood of Alison Park and Adam Ward on their hands.

They created their own Frankenstein monster which born the likes of Bryce Williams aka Vester Lee Flanagan. 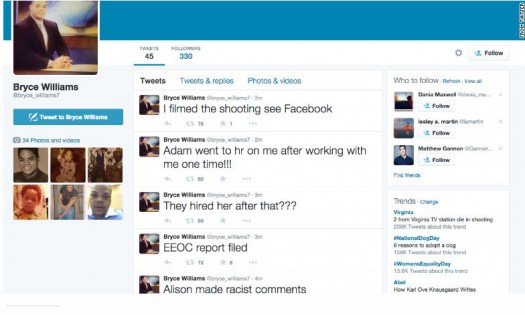 It is as with everything that comes after on their heads.

The following video produced by sixteen-year-old Madeleine McAulay has been banned by YouTube because it did not meet their “community guidelines.”

McAulay is a resident of North Carolina, the state just voted down a gay marriage amendment, joining the 31 other states… the gays came out in force and utube removed her video… I’m not sure why. There is nothing in it that violates anyone’s Term’s Of Service– except possibly the TOS rules of a handful of sites the cater to homosexuals.. I suppose with Obama in Office and Eric Holder running the Justice Department– politically incorrect speech. as defined as defined by the far left is considered hate speech..

PREPARE TO BE OUTRAGED!!! 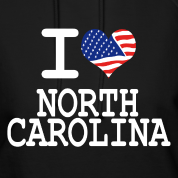 This video is as shocking as the caller is ugly and evil.

Why am I not hearing cries against such evil?

WHY? WHY so damned quiet America?

Those who harbor such hatred in their hearts for Jews, for Israel are as wrong as those who remain silent!

TAKE A STAND AGAINST SUCH EVIL TODAY, AMERICA!

To the TRASH espousing such evil, do not get it twitsted!

HISTORY MUST NOT BE ALLOWED TO REPEAT ITSELF.

DO IT and DO IT NOW!