In spite of the need for Benadryl, I love the smell of fresh cut grass and watching trees and flowers blossom in the spring;

and yup, I too, acknowledge that today is Earth Day.

That being said, I have a message on this Earth Day to share with those who hug trees 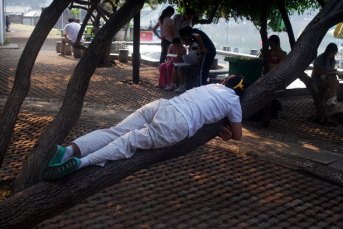 YET support and advocate the murder of innocent, sweet, precious babies in the womb.

I was going to post a photograph of an aborted fetus as provided by AbortionTruth.com but instead chose life (the video).  Choosing life is not as difficult as some make it out to be.

Back to my Earth Day message to green activists and tree huggers as mentioned above, here’s to you: 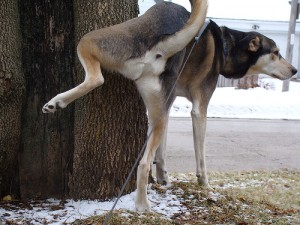 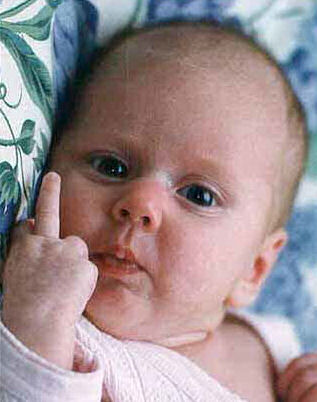 Celebrate life from its inception.  The family.

Just received the following email I thought quite interesting and worthy of sharing, especially since Democrats are always lecturing about the faux benefits of green energy.  Harry Reid was caught on film this summer being a hypocrite.  He and his fat cat buddies used several SUVs to drive across a parking lot 100 yards to and from an environmental protest immediately after attacking carbon-based fuels at a Reid sponsored summit.

“Senate Majority Leader Harry Reid has been caught using a fleet of SUVs at his Clean Energy Summit in Las Vegas, Nevada. While Reid, Center for American Progress CEO John Podesta, and other high-profile environmental activists blasted carbon-based fuels at the Reid-sponsored summit, Reid and other bigwigs were caught on film driving to and from the summit in several SUVs.

Heartland Institute Senior Fellow James M. Taylor was watching an environmental protest outside the summit when three large SUVs pulled up to the doors of the Thomas & Mack Center. Reid and a few aides hopped in. The SUVs then carted Reid and his aides 100 yards through a half-empty parking lot to the protest site. After telling protesters and assembled media about America’s need to cut down on carbon-based fuel emissions, Reid and his aides hopped back into the waiting SUVs for the 100-yard return trip to the Thomas & Mack Center.

Read more about the incident at Environment & Climate News.

‘I was absolutely astonished, not to mention appalled, that Harry Reid would retain a fleet of gas-guzzling SUVs so that he and a few aides would not have to walk the mere 100 yards to address environmental activists,’ said Taylor, who photographed Reid standing in front of his SUVs addressing the environmental protesters.

‘If greenhouse gas emissions are such a problem, you would think Reid might have actually made the short stroll through the parking lot, or at least retain Priuses rather than large SUVs for the summit,’ said Taylor.

Cap and trade, cap and tax, “spill response bill,” “energy bill,” whatever they are calling it this week, all celebration of its demise is premature.  In fact, Harry Reid’s proclamation of the end of cap and trade was intended to (business as usual) deceive, but you knew this already because we are smarter than the left gives us credit to be.  John Kerry is working to get this legislation pushed during this year’s lame duck session post the 2010 Election.

The Obama administration and Democratic congressional leadership, seeing their window for shoving the country to the hard left closing quickly, are intent on making one last major push for cap-and-trade. It starts with their ‘spill-response bill’ or ‘energy bill,’ but it’s really about cap-and-trade.

The irony is that the political genius of cap-and-trade was supposed to be that it hides a tax hike from the American people. The concept was developed largely as a response to the political price suffered by Democrats for their advocacy of outright energy taxes. As Al Gore explained: ‘I worked as vice-president to enact a carbon tax. Clinton indulged me against the advice of his economic team. That contributed to our losing Congress two years later to Newt Gingrich.’

Enter cap-and-trade: the code-worded way to impose a massive energy tax and pretend it’s not a tax. The political ‘innovation’ of cap-and-trade is that instead of levying a tax directly, it puts a cap on overall greenhouse gas emissions, and establishes a market for companies to buy and sell the permits. So it’s a tax with the added uncertainty of the tax rate being set at auction, making it a tax with an unknown rate. The Congressional Budget Office scored the House-passed Waxman-Markey bill as an $846 billion tax hike. They also admitted the costs will be passed onto consumers in higher prices.

It was supposed to be a hidden tax, but the American people broke the code. They know about cap-and-trade. They know it’s a huge tax hike and they don’t want it. Support is crumbling. So cap-and-trade true-believers turn to even deeper subterfuge.

The Senate will take up energy legislation next week and pretend it’s not about cap-and-trade. Democratic leadership had already scaled back the cap-and-trade provisions to just power plants (still enough to, as President Obama explained, cause electricity prices to ‘necessarily skyrocket’) and now have reportedly removed cap-and-trade completely — temporarily — although it remains the centerpiece of their real plan.

The key first step of the plan is to get something, anything, related to energy passed through the Senate. That will get it into a conference committee – likely an informal, backroom, secret one – where it can be ‘merged’ with the House-passed Waxman-Markey bill. The lead author of that bill, Henry Waxman, is openly telling reporters that at that stage he will reinsert the full-blown cap-and-trade program.

Both as a function of the legislative calendar and of electoral politics, neither the House nor Senate is likely to vote on the conference report before the election. It will instead, Senate cap-and-trade point man John Kerry has said, be considered in a lame duck session of Congress.

A lame duck session is a session of the old Congress – including those who have already lost re-election – convened after the election but before the newly-elected Congress can be sworn in.

If it gets that far it may be difficult to stop. It could depend on bringing pressure to bear on moderate Republicans like Olympia Snowe and Susan Collins of Maine, Scott Brown of Massachusetts, and Mike Castle of Delaware (who will likely win a special election and be seated in time for the lame duck session) to make a firm commitment not to support cap-and-trade in the lame duck. This would be about process more than policy – a simple stand that establishing far-reaching, expensive new programs should not be considered until after all of the duly-elected senators have been seated and the new Congress has started.

The best, surest way to derail the lame duck strategy is to prevent the Senate from passing any energy bill before the election that could get them into conference. That’s why the energy debate in the Senate next week is so high stakes. It’s really all about cap-and-trade, and senators who vote yes will have to explain to angry constituents why they voted to advance cap-and-trade and cause energy prices to skyrocket.”

We have our work cut out for us patriots, let us not sleep on the conniving antics of the left.  This legislation must be stopped.

Obama’s green initiative is a farce.

Now that has got to hurt.  Thank God someone out there is listening to the people because the Obama administration is definitely not.

They will do what they must to achieve their agenda even if it means turning our children against us.  Sounds paranoid and unreal, I know, but you never thought we’d have a socialist in the White House either.

“A California middle school and state university both apparently find extreme environmentalist indoctrination to be worthy of expending taxpayer dollars. Jehue Middle School and California State University at San Bernardio were both involved in the making and promotion of a video called “Environmental Police Agency” which features middle schoolers going around tackling and arresting “non-environmentalists” for crimes like having a refrigerator, leaving computer screens on, and throwing away a soda can. At the end they caution that drastic times call for drastic measures so we should institute this kind of green police state to save the world.”

No doubt, the jobs mentioned below or lack thereof are an element of Obama’s misleading notion that the stimulus plan has produced 2 million jobs.

“From the Maine Sunday Telegram:

Then two unexpected things happened: Oil prices collapsed and the country plunged into a deep recession.

The result was that fewer people had the incentive or money to insulate their homes. Today, the majority of those trainees are doing other jobs or are out of work.

‘It should be a cautionary tale,’ said Curry Caputo, president of the Maine Association of Building Efficiency Professionals.

Maine won’t need hundreds of new insulation techs or auditors in the near future, Caputo said, despite the sense that a flood of federal stimulus money and the state’s goal of weatherizing all homes will create a wave of new, green jobs.

‘The estimates are inflated,’ he said. ‘There’s no doubt about that.”