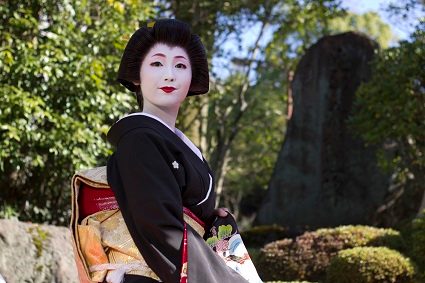 You already know the story of my first visit to Manos, the Russian spy-restaurant in Tokyo. It was 1972. It was run by two brothers from Pittsburgh, former OSS officers during WWII, and within shouting distance of the Soviet embassy, where, at the end of every visit, I’d pause to take a leak on their gate.

A small restaurant, Manos was known Tokyo-wide not for its borscht, which was horrible, but that it was the single place in all Tokyo that the upper echelons of the Japanese business, military and political community could meet, then know, (in the biblical sense) a bevy of foreign, many Caucasian, women. Maj Guy, my neighbor, and who’d gotten his CIB as an advisor to the Montagnards in Vietnam, and  chief liaison officer in our G2 section, was a regular at Manos, and had first introduced me to the girls there..

Guy’s wife Penny, of course, knew of Manos. It was part of his job. And she also knew, on a major’s pay, he could never afford any of the merchandise offered there. But my wife was leery. A couple of days after we came back from that night at Manos, we were all sitting around behind our quarters in the housing area having a beer on one of those big wooden spools they used to run the power lines on the post.  He was talking about Faye, the Australian girl who introduced me to all the others, and how most would come over and sit for a few minutes in between other chores, including hustling potential clients. (Every Japanese high-roller, the john, was escorted by another man, often a company official who was actually bankrolling the liaison, and as Guy had pointed out to me earlier, each person had his own personal tastes, and that the majority seemed to prefer the fair haired maidens of European extraction.)

My wife, no prude herself, had studied in Europe, from money, was not so much angry as cynical and disbelieving. No matter what Penny thought, she couldn’t believe that I, much less Guy and I, could go to a vineyard and not want to taste the wine. Guy used his “not on a major’s pay” argument, but she was having none of it. She was the daughter of an executive in a major manufacturing company (who Guy and I would introduce to Manos a year or so later) and just sort of assumed that if Guy were steering so much business their way, “commissions” might be involved. You know, freebies[…]