When Barack Obama was in the White House, he never addressed the concerns of seniors and the disabled.  His staple legislation, Obamacare, fundamentally transformed healthcare for many into a nightmare.

What can be worse than Obamacare?

Medicare for All (M4A) as is being pushed by red diaper baby, Bernie Sanders and his disciple, Progressive Congressional candidate from New York City, Alexandria Ocasio-Cortez this 2018 mid-term election season.

The polls will open early this coming Tuesday and it is the civic duty of every American to vote. As for seniors and the disabled, voting for Democrats would be the equivalent of shooting onself in the foot.

Bob Bennett posted a must-read over at Independent Sentinel on the elephant in the room, i.e., Medicare for All (M4A).

Would seniors vote for a party that has PROMISED to destroy Medicare? Maybe—if they believe the lies of Democrats and Socialists. SO, IT’S IMPORTANT TO SHARE THIS.

Democrats have gotten behind Socialist Bernie Sanders’s deranged plan, the Medicare for All Act (M4A), which is nothing more than single-payer health care—a long-time leftist dream for America; but a nightmare for those in other nations who have it.

Professional liars and Socialists Sen. Sanders—no, that’s not the fried chicken guy—and candidate Alexandra Ocasio-Cortez claim that Medicare for All would actually cost LESS than Medicare for seniors or disabled alone costs now. The latter actually told CNN’s Chris Cuomo, on August 8ththat a study “show[ed] that Medicare-for-all is actually much cheaper than the current system that we pay right now.” Sanders said in a video that the plan “would save the American people $2 trillion over a 10-year period.”

Of course, any fool knows that’s mathematically impossible. To support their ludicrous promises, these hucksters cite a study titled, “The Costs of a National Single-Payer Healthcare System,” published by the Mercatus Center at George Mason University. Alas, like everything the Socialists say in order to sell their lunatic agenda, this is a lie: the study doesn’t say that at all.

The true cost of M4A

The paper clearly says the cost of Medicare for All would dwarf what we’re paying now to finance health care insurance for seniors and disabled alone:

The Medicare for All Act (M4A), would, under conservative estimates, increase federal budget commitments by approximately $32.6 trillion during its first 10 years of full implementation (2022–2031)…. This projected increase in federal healthcare commitments would equal approximately 10.7 percent of GDP in 2022, rising to nearly 12.7 percent of GDP in 2031 and further thereafter. Doubling all currently projected federal individual and corporate income tax collections would be insufficient to finance the added federal costs of the plan. [Emphasis added.]

But, the study adds, “It is likely that the actual cost of M4A would be substantially greater than has been estimated from its legislative text. That text requires that healthcare providers —hospitals, physicians, and others—will be reimbursed for all patients at “current Medicare payment rates.”

That last part sounds good, right? But it’s not.

Sanders based this rule on a projection by the Centers for Medicare & Medicaid Services (CMS), that Medicare provider payments will be roughly 40 percent lower than those paid by private insurers during the first 10 years of M4A’s proposed implementation (by 2031.) [Figure 2, page 8]

“…In a move that could foreshadow decisions from larger agencies, Egan-Jones downgraded the US to AA from AA+.

The company on Thursday cited ‘the lack of any tangible progress on addressing the problems and the continued rise in debt to GDP.’

‘For the first time since WWII, US debt exceeds 100 percent,’ analysts said, predicting that would rise to 106 percent by the end of the year, calling that an ‘inflection point….'” 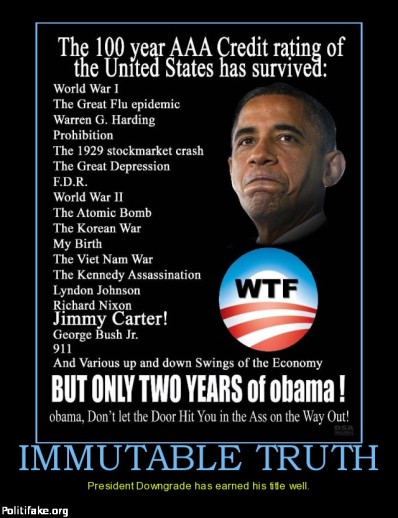