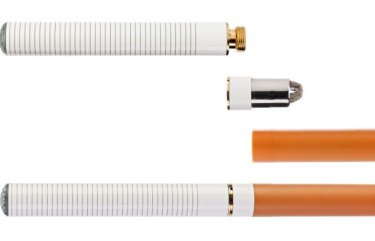 Uh, oh. A bunch of people are going to have to close not only their noses, but their ears. According to Reuters , scientists at University College London say smokers who turn to e-cigarettes are 60 percent more likely to quit than if they use nicotine products or go cold-turkey. “E-cigarettes could substantially improve public health because of their widespread appeal and the huge health gains associated with stopping smoking,” said Robert West of the college’s epidemiology and public health department. Commenting on the relatively scarce evidence about long-term e-cigarette use, West suggested they’re the lesser of two evils. […]

Now this is one bit of news that is going to piss off the Communist, money grabbing nanny state.