Below is an essay from Civil Truth who writes for Unified Patriots addressing the sham, correction, the search and destroy mission being waged against Judge Brett Kavanaugh by Democrats in Washington, D.C.

The Republican Party and the American people find ourselves teetering on the edge of the abyss. 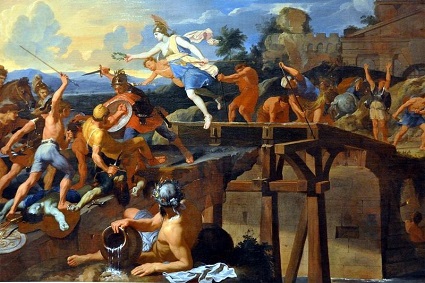 With the treachery of Jeff Flake coupled with the continued obstinacy of Susan Collins and Lisa Murkowski in demanding an impossible level of certainly, the time has come to put an end to the debacle of never-ending delay and continual bad faith dealings and to force the issue to a final confrontation.

Which is that the Republican leadership must make the following known to Flake, Collins, and Murkowski:

1) If they continue to ask for further delays, none will be given, but the nomination will go to a vote so that they and the rest of the Senate will have to go on the record with their vote.

2) If they vote against Kavanaugh so that the nomination fails, then the fall elections will be turned into an explicit referendum on Kavanaugh.

Three final words to this post, “game on, America.”

You can read more essays written by Civil Truth here.

How did I miss this five years ago?

We’ve been writing “dark alley” posts for several years now, telling readers they can blight the path of the Left; in government, in education, colleges and university.

Our rule was just don’t do physical damage (maybe a bloody nose) and harm any animal.

Misdemeanors. It was minimal risk if you got caught, but the idea was to not get caught because even in 2011 we knew the Left was organizing strong-arm brigades, especially in blue cities where they knew they could get away with it, and would do to you what you would never do to them, if they only knew where you lived.

They arose from the OCCUPY MOVEMENT, but it was just a matter of time before they would go full-throttle anarchist, which really does satisfy the inner needs of a large portion of a generation who could tear up an entire toy aisle at Toy R’Us  without actually suffering any consequences. Their misbehavior was always indemnified.

God only knows how many kittens and bunny rabbits in their neighborhoods were tortured and murdered.

Face-to-face, one-on-one, they aren’t very good or dangerous, but like most predators they like to separate the weak from the herd, old people, the helpless, the outnumbered,

then satisfy those inner. Not wholly unlike rapists.

These scenes are similar to many others you’ve seen.

Portland has been a hotbed lately, but expect it to move east…but still to hospitable places where the cops will not hit back…and let the rich kids have their way with car windows, even their own squad cars, and downtown store windows[…]

So, I guess the attempted assassination of Congressional Republicans by Bernie Sanders supporter, James T. Hodgkinson is all in our heads.  He meant well; besides, if you’re a Republican or Conservative, then you asked for it. (sarcasm)

The FBI report in the Virginia shooting of GOP officials removes all doubt that the Deep State is alive and well. It was as illogical as anything Jim Comey would say about the Clinton email case.

The FBI shared their findings on June 21st

This is the quick rundown of the incriminating evidence that the shooter’s goal was to kill Republican officials.

Who would’ve thought?
Who would dare make the connection?
Never mind.

Communist and domestic terrorist Bill Ayers is working with Antifa. Ayers is the terrorist who gave Barry Obama his start as a politician with a gathering of Chicago left-wing politicos in the Ayers living room.

Obama and Ayers ran a leftist school together for five years. Their offices were on the same floor. The left likes to claim that it was a Republican organization because it received funding from the Annenberg Foundation, which was started by a Republican Governor. The truth is that it was a radical left-wing school.

Ayer is leading “Refuse Fascism“, a fascist organization that is silencing conservatives. It is partially funded by George Soros. He is targeting youth, brainwashing them into violent opposition to freedom.

Ayers has been involved with Moral Monday and other Chicago riots, October Ferguson, and Occupy Wall Street. He embraces violence and terrorism[…]

Let’s just call it the Obama connection.
The skank is never far away.

Below is the second video released yesterday by James O’Keefe of Project Veritas exposing the plot by DisruptJ20 and operatives to disrupt activities around the presidential inauguration by creating chaos throughout Washington, DC as we’ve seen these domestic terrorists do in the past across the United States, take down the D.C. Metro system, block streets and access points to tomorrow’s Presidential Inauguration.

This video exposes the collusion between the various groups under the DisruptJ20 umbrella. The video shows that DJ20 is not simply a movement of fringe groups but instead a nefarious organization. 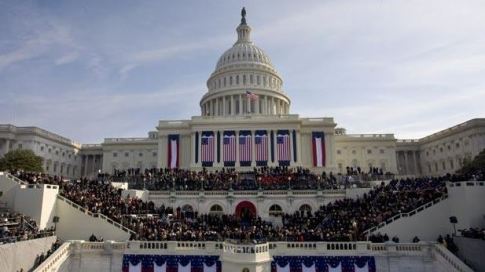 Communists have suffered a major setback with the presidential election of Donald Trump as witnessed by the extent of their vitriol, smears, propaganda, hate news, riots, protests and threats being levied against our nation and most of all, our incoming president.

While the chaos seemed to die down, it has flared up again since Barack Obama’s farewell campaign rally and dog whistles dispatched last week in Chicago, Illinois.

Then there are 40 plus Communist in the House (and the number is growing) who feigning outrage have announced that they will not attend Friday’s inauguration of our next president.

Besides playing for their global masters, what if their absence is connected to the threats of terrorism, massive harm and threats to lives of those engaging in this weekend’s inaugural activities which they themselves are guilty of fermenting?

Thus, the threat level surrounding inaugural activities from Thursday through Saturday and even after is at its highest level in decades courtesy of Islamic terrorism and domestic terrorists supported by bad actors in Congress, still in the White House and the global elites funding the threats to our liberty, faith, values and way of life.

WASHINGTON — Members of U.S. law enforcement will deploy countermeasures to prevent a large truck attack, such as those that killed dozens in Nice, France and Berlin last year, from happening during the inauguration of Donald Trump as president.

But Secret Service Director Joseph Clancy and his partners are convinced attempts to launch other violent and dangerous acts are well within the realm of possibility.

Clancy said the threat environment for this inauguration and the campaign that led up to it is “different” from previous ones.

He cited several episodes that took place during the campaign, “where people jumped over those bike racks or security zones into our buffer. In the past, it was very rare for somebody to do that. Today, in this past campaign, people were willing to do it.”

Clancy was quick to point out, without saying how, that Secret Service agents know what to do when it happens.

IMPULSIVE OR PREPLANNED incidences of people jumping barricades are among the least of their concerns, though. The willingness of lone wolves and terror organizations to develop more creative plots are worries.

“We know that this (Washington region) is a high-profile [terror] target. It’s been attacked in the past, historically,” said Paul Abbate, the FBI’s executive assistant director for the Criminal, Cyber, Response and Services Branch[…]