Recent revelations that China hacked Hillary’s illegal email set-up for most of the years of her service as Secretary of State, and probably beyond, are being underplayed in the media.

But it’s a game-changer, for no longer is Hillary the central bad guy in this little criminal escapade. In fact, she may even become the Democrats’ designated fall guy to protect even more culpable, and important crooks.

From the moment the world knew that Hillary was using an unsecured server, everyone knew of the security risks, and the possibility of a breach by the Chinese, the Russians, possibly even the Macedonians and Mongols. Even high school students could have listened in.

The cavalier indifference, not to mention criminality, was stunning.

And of course Barack Obama was part of those email exchanges, as well.

I don’t care if all Barack will admit to was telling Hilary about his hopes for own his daughters’ weddings someday, just as Hillary blathered on about daughter Chelsea’s, the salient fact is, now that they both have been caught in this public lie that they even corresponded, that it no longer matters what Barack Obama or Hillary Clinton discussed in those emails.

The fact that China and probably Russians, even those guys in Ulan Bator and Kavadarcii saw those conversations in real-time is just that…a FACT[…] 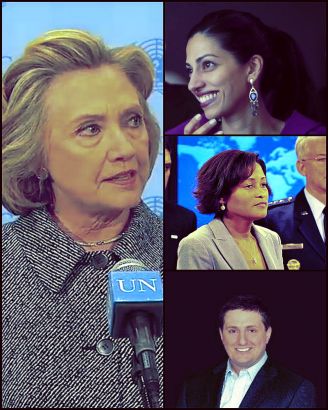 Suggested reading: So, Philippe Reines Sent Us an Email (it will make your day).

A member of the hacker community reported his findings after building “a virtual ‘replica’” of Bill Clinton’s server configuration “in a cyberlab” testing the server’s security defenses.

What the hackers were able to uncover should not surprise those of us who have been following the flaws and security breaches of other government servers such as Healthcare.gov and CentCom.

According to Hillary Clinton, “’there were no security breaches’ in her use of a private server” but hackers have proven otherwise.

Fox News has previously reported that, with the aid of software named Maltego, experts had established that the server is up and running, receiving connectivity to the Internet through an Atlanta-based firm called Internap Network Services Corporation. Clinton’s stern insistence at her news conference that her server ‘will remain private’ would appear to rest, then, at least in part, on the inviolability of Internap.

Now, working with publicly available tools that map network connectivity, experts have established that the last “hop” before the mail server’s Internet Protocol, or IP, address (listed as 64.94.172.146) is Internap’s aggregator in Manhattan (listed as 216.52.95.10)….

After entering the IP address for the Internap aggregator into their databases, hackers have concluded that Clinton’s server are in close proximity of lower Broadway, approximately two blocks away from Chambers Street, north of City Hall.

As it so happens, two blocks north of City Hall, right off of Broadway is Duane Street and besides the African American graveyard, that particular block is full of federal office buildings.

On one side of the street is the Internal Revenue Service, which happens to be directly across from 26 Federal Plaza (Jacob K. Javits Federal Building), which houses the U. S. Citizenship and Immigration Services, Social Security Administrative Law Judges, Federal Bureau Investigation, etc.

Coincidence? I do not think so unless we are being spoon-fed disinformation.

Good question, did Clinton sign State Department form OF-109? If so, where is it?

According to people who would know, like National Review’s Shannen Coffin, on or near her last day as Secretary of State, per government policy, Ms. Clinton was required to sign what is known as the OF-109 form. Coffin, a former senior lawyer at the State Department, says that the OF-109 is an acknowledgement that the departing State Department employee has returned and/or turned over all official documents and records….

Hackers claiming to be aligned with the Islamic State are sticking it to Barack Obama, the nation and our military by hacking U. S. Central Command’s YouTube, Twitter page and posting the names, contact information of United States service members, their families, etc. online.

Prior to the takedown of CENTCOM’s YouTube page, CENTCOM attempted to remove ISIS videos (many of which have long been available to the public online for viewing) as soon as they went up.

I have no confidence that the same media outlets who would not post Charlie Hebdo cartoons will extend the same courtesies to our service members.

Moving on….every time the emperor commits an unjustifiable offense before the world justifiably outraging the country, in this instance the planet, fellow Progressives and his media sock puppets there is a sudden occurrence to deflect our attention away from an inept self-anointed monarchy.

If I am right, then once again Obama has made our military a pawn in his quest to deflect the heat away from…who else? Obama. Just sign me….NOT BUYING IT.

@RT_America @RT_com That seems far too quick. It’s beginning to sound like a setup to increase surveillance

The @CentCom hack looks very bad… what we SHOULDN’T do is anything knee-jerk… like accept greater “NSA spying on citizens-type” stuff — Doc Thompson (@DocThompsonShow) January 12, 2015 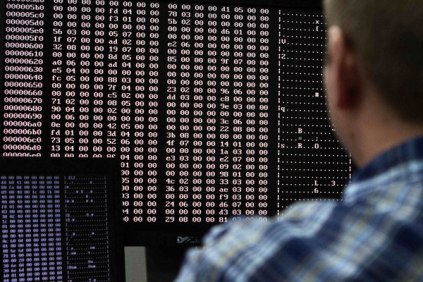 In addition, this illegal backdoor would compromise the personal information of millions of Americans who signed up for Obamacare vulnerable to identity theft and bank fraud.  Healthcare providers, government agencies and medical institutions are also vulnerable.

… Security officials urged HHS to immediately conduct inspections of the network software for malicious code. The software currently is used in all medical facilities and insurance companies in the United States. The officials also recommended that HHS use security specialists not related to software vendors for the inspections to reduce further risks….

U.S. intelligence discovered the problem when Valery Tsepkalo, director of the government-backed High-Technology Park (HTP) located in Minsk revealed their role in “helping Obama complete his insurance reform.”  Translation:  HHS is a client and those gullible Americans who signed up for Obamacare, our personal ATMs.

‘…Our programmers wrote the program that appears on the monitors in all hospitals and all insurance companies—they will see the full profile of the given patient,’ Tsepkalo said June 25 on Voice of Russia Radio….

The software enables hackers or government agencies to route data from the Obamacare website to foreign locations in stealth mode.

For the record, there has already been an occasion(s) when traffic from the Healthcare.gov sites was re-routed to Belarus enabling government officials and hackers to sift through the information of millions of Americans raising privacy concerns. (It is only a concern when other nations do it.)   H/t Grumpy Opinions.

HHS gets all the personal and financial information of Americans through their Healthcare.gov site, which is nothing, more than a personal ATM for felons globally.  Not to exclude the fleecing by the IRS, Americans will never know what hit them. Another privacy violation courtesy of the Obama administration.  Nice.  Real nice.  So tell me, how much is too much America?

House Permanent Select Committee on Intelligence Chairman Rep. Mike Rogers (R-Mich) was shocked to learn that overseas programmers wrote parts of the Healthcare.gov program and is now calling for an investigation into the matter.