Convention of the States, Vote No on Article V Convention 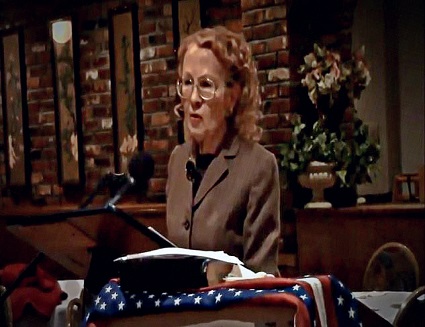 Publius Huldah, a Constitutional Attorney, speaks about the dangers of an Article V Convention at the Spotlight on Special Americas Forum Falls Church, Virginia Friday March 23, 2018. Camp Constitution is an all-volunteer association of Americanists. We run a week-long family camp, man information tables at various venues, have a book publishing arm, and post videos from our camp and others that we think are of importance.

In the last two years, 4 States have rescinded their applications for an Article V convention. The way that is done is by our educating the State Legislators. That’s where you come in!

Let’s educate the Alabama Senate – read below to see the tricks the convention lobby has to pull to get their stuff passed! Have the House vote on it and pass it even before the Public finds out about it! That’s an outrage!

Remember, you can copy and paste the addresses in your bcc line!

HJR23 passed Alabama’s House today (1/11/18) on a voice vote—on the same day as a supposed committee hearing and only 2 days after the Alabama Legislature opened! It is now in the Senate Rules committee and will probably be discussed early next Tuesday morning 1/16/18. If passed, it could be debated on the Senate Floor anytime thereafter!

The Alabama House gave HJR23 all the thought they’d give a non-controversial, non-binding resolution offering congratulations on the birth of a child or a wedding anniversary! It’s time to educate the Senate.

This is the latest tactic the proponents find useful: introduce and pass legislation in one house before the public can find out the bill exists. This is what passes for “returning government to the people” and has been necessary for many states to get their Article V convention (A5C) applications passed.

HJR23 asks Congress to call a convention ostensibly for the purpose of proposing amendments limiting the number of terms a person can be elected to the U.S. Senate and House of Representatives.

In this excellent JBS VIDEO (4:23 – 9:22) Robert Brown shows the absurdity of a term limits amendment when he explains why it should be called the “Lame Duck amendment.”

THIS ARTICLE by PH explains why term limits won’t cure the real problem: disregard for our Constitution.

Please write all 34 Alabama Senators and ask them to VOTE NO on HJR23. And let them know how the legislative process was circumvented in the House because the public received no adequate notice of the hearing until after the resolution passed!

Some people have a challenge sending to addresses without semi-colons. So, I included semi-colons at the end of each address this time. I think this will work for everyone—and if you experience any problem sending with the semi-colons, please let me know. 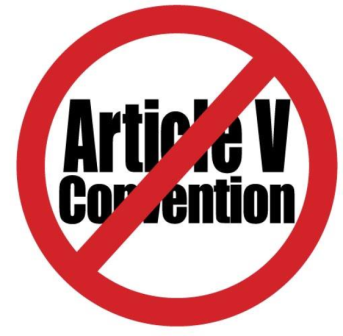 You can copy and paste the addresses in batches to your bcc line: One batch for the Republicans – the other batch for the Democrats.

The Democrats are the heroes in Nebraska – they understand the dangers of an Article V convention. The Republicans are the lemmings who are falling in line to implement the globalist agenda [thou they don’t know it]. [Have you heard the Republican party being called “the Stupid Party”?]

We are in grave danger of having an Article V convention and of getting a new Constitution which moves us into the North American Union:

See: How to use Article V of our Constitution to move us into the North American Union by Publius Huldah (Feb. 5, 2017)

The Nebraska Senate convened 1/3/18, and LR6 (COS) remains on the floor calendar, having been carried over from 2017. Last year it got as far as 3 hours of debate, but didn’t have the 33 votes necessary for cloture (ending the debate and causing a vote).

Here are talking points against COS and WP. Attached and HERE is a flyer specific to Nebraska covering the “limited” convention and Delegate issues.

Senators seeking assurance that a convention won’t “run away” may be interested in THIS VIDEO, where Robert Kelly, now COS general counsel, admits that the subject “the power and jurisdiction of the federal government” which is written into every COS application, is broad enough to amend the bulk of the Constitution!

Please educate the following 48 Nebraska Senators and give them good reason to VOTE NO on LR6 & LR268. And, ask them to VOTE NO on CLOTURE of LR6 and NO on any other legislation asking Congress to call an Article V convention, including Delegate limitation bills which give the false impression that the Nebraska Senate can control its Delegates. We beat them last year; let’s do it again!

Please send letters to the legislators – they need to hear from those who oppose an Article V convention – and please forward this to your lists.

Remember! You can copy and paste the addresses in the blocks provided – so once you have your basic letter of opposition drafted [it can be short!], it just takes a few minutes to blast all the legislators on the list!

Please be sure to read – keep handy – share – print out – the linked flyer. In two entertaining pages, it makes the case against an Article V convention. click on the hyperlinks for the proof.

Happy New Year and welcome to the 2018 legislative sessions!

Iowa is dangerously close to becoming state #13 for COS. The following COS applications are being carried over from Iowa’s 2017 session where they almost passed: HJR 12 and SJR 8. A proposed amendment to SJR 8 would make it identical to HJR 12.

These resolutions circumvented the usual legislative process where public opposition is heard. HJR 12 passed the House with less than an hour debate on a near straight party vote last March, just a week after it was introduced. The session ended soon afterwards, with SJR 8 on the Senate calendar.

At the close of the 2017 session last April, both bills were sent to the Senate State Government Committee which sponsored and previously passed SJR 8. They can be approved and sent to the full Senate for a final vote any time after the legislature convenes on Monday Jan. 8th.

Here are Talking Points against COS and GENERAL talking points.

This VIDEO (at 0:55) features COS General Counsel Robert Kelly explaining that COS intends to “amend” the bulk of the Constitution should a convention be called!

Below is a handout specifically for Iowa legislators explaining why they should OPPOSE these applications.

You could let the Republican legislators know that an Article V convention is highly controversial among conservatives. These bills were rushed through the legislative process without benefit of expert conservative opposition; the legislators should set the bills aside for further study so that they can understand the serious implications of their vote.

Please write to all 50 Iowa Senators and urge them to VOTE NO on HJR 12, SJR 8, and any other legislation asking Congress to call an Article V convention.

We need your help in Nebraska…

These are the bills we oppose in Nebraska: LR6 (COS) and LR181 (Delegate).

This coming Thursday, December 7th, the NE Government, Military and Veterans Affairs Committee will hear LR181 which asks the committee to look into ways of controlling convention Delegates, including fines and penalties. The purpose of this bill is to convince Nebraska Senators that an Article V convention can’t run away, because they’ll be able to control their Delegates. LR6 (COS) has already passed the committee.

Nebraska Senators have failed to pass COS legislation every year since at least 2015, but not for lack of trying. They now claim to be closer than ever. Passing LR181 will help them pass LR6. These bills are such a priority for some Senators that they are still on tour speaking and pitching it in during the holidays. We must stop them!

Attached (at bottom of post) and linked HERE is Publius’s latest paper adapted for Nebraska which gives reasons for opposing both bills.

And here are talking points against COS and Delegate bills.

Please write to the following 48 Nebraska Senators and ask them to VOTE NO on LR6 and LR181:

[Remember: You can copy and paste the addresses in the groups provided!]

Article V convention, Convention of the States, COS Newspeak, HJR V (COS), Michigan 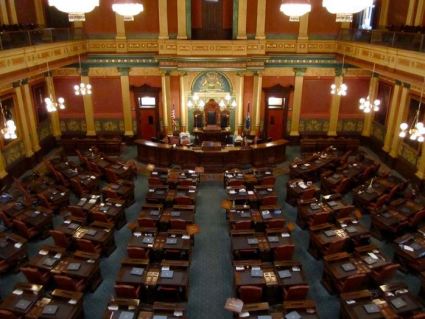 Remember, you can copy & paste the addresses in the blocks Judi provided – so you can get this done with just 4 emails – 2 for the Republicans & 2 for the Democrats.

Michigan HJR V (COS), introduced on Sept. 12, was pushed through the House committee the very next day, before the opposition could learn there was a bill to oppose. So much for returning government back to the people!

HJR V has been stalled on the House calendar since Sept. 13. Last Thursday, COS sent their Arm-twister-in-chief, former US Senator Tom Coburn, to the Michigan Capitol to round up Republican votes before the opposition gathers enough steam to stop COS.

HJR V can come up for a vote as soon as tomorrow. Our side needs 9 Republicans to join the Democrats to oppose HJR V and defeat it. We’re getting close, and we need more help!

Here are talking points against COS and general A5C bills.

This article on COS Newspeak explains how COS is manipulating legislators into believing a “convention of states” is just a “suggestion” convention, rather than a “constitutional convention” which can rewrite and replace our Constitution. A relevant article is attached as well.

At 40 seconds into THIS VIDEO, COS attorney Robert Kelly admits that the subject “the power and jurisdiction of the federal government” which is written into every COS application, is broad enough to “amend” the bulk of the Constitution!

Please write to all 109 Michigan Representatives and let them know why they need to VOTE NO on HJR V.