To those who haven’t figured it out yet, Facebook besides censoring what it has ordained to be hate speech is also at war with the truth.

Facebook’s latest volley against the truth is the censorship of anyone who reports that 32 year old, Gustavo Perez Arriaga, suspected murderer of Corporal Ronil Singh, law enforcement officer of the Newman Police Department, CA is an illegal alien.

The result of reporting such facts by Facebook is to label such reporting: Hate Speech, removal of the content and suspension.

Blue Lives Matter confirmed that Facebook is taking actions against Facebook accounts that call a cop-killer an illegal immigrant.

Corporal Ronil Singh was murdered within 100 miles of Facebook’s headquarters, but the company appears to be concerned about anybody pointing out that his killer was in the country illegally.

Corporal Singh’s murderer was a member of one of the violent Mexican gangs that have taken over parts of sanctuary LA, other areas of California, and other states.

A Sheriff’s Deputy posted this and it couldn’t be more factual:

After several hours, it was taken down by Facebook and the Deputy was suspended from Facebook for thirty days. What he said is not hate speech. It’s the truth.

This is the message he received:

Facebook user Dana Marie says that she didn’t even post a picture of the killer when she got flagged for “hate speech.” Dana posted images of Corporal Singh and his family, with the text: “This is officer Singh[…]

2019 promises more of the same, especially since Facebook is bound to be further empowered by Progressives in the House hell bent on controlling the narrative. 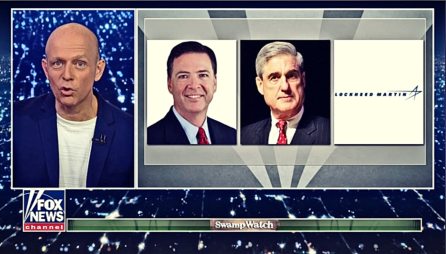 The Next Revolution with Steve Hilton on Sunday night during his “Swamp Watch” segment exposed the corruption and dirty dealings of former FBI directors and long-time bff’s James Comey and special prosecutor, Robert Mueller.

Hilton went from Lockheed Martin to Booz Allen Hamilton to Bridgewater Associates.  One of the most interesting parts of the segment was Robert Mueller’s connection to Apple CEO, Tim Cook.

Allow me to back track four months when during an interview, Tim Cook, who allegedly prides himself on Apple’s “strong stance” when it comes to protecting the privacy and data of its customers stated the following:

“We care about the user experience. And we’re not going to traffic in your personal life. I think it’s an invasion of privacy … Privacy to us is a human right.  It’s a civil liberty … [I]n something that is unique to America, you know, this is like freedom of speech and freedom of the press, and privacy is right up there for us….”

Of course, this is no newfound revelation on the part of Cook.   Just  two years earlier, Apple refused to comply with a California judge’s order to unlock an I-phone belonging to one of the San Bernardino Islamic terrorists by granting the FBI backdoor access to the device.

In an open letter to Apple customer’s posted on to its website, Cook wrote:

The US government has asked us for something we simply do not have, and something we consider too dangerous to create,” Cook wrote in an open letter posted on Apple’s website. “They have asked us to build a backdoor to the iPhone.

A few months later, the FBI aided by an “unnamed group” found a way to unlock the device.  Not passing the smell test? James Comey was the FBI Director at the time.

Yet when special prosecutor, Robert Mueller, asked former client, Apple (Tim Cook) for access to Paul Manafort’s data, Tim Cook without a second thought granted his former attorney, i.e., Mueller access to Manafort’s  iCloud account. So much for the sanctity and privacy of Apple’s customers.

And, that is just the tip of the iceberg when it comes to former FBI Directors, James Comey and pal, Robert Mueller.  Below is the segment in its entirety.

Fox News – The Next Revolution with Steve Hilton 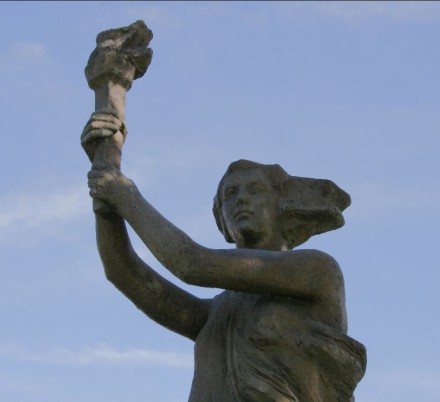 On Thursday, the U.N.’s Commission for Digital Development released a damning “world-wide wake-up call” on what it labels “cyber VAWG,” or violence against women and girls. They claim that Internet bullying of women is a crisis in CANADA and the U.S. that must be dealt with immediately by censorship of an august body selected by the U.N. – that august body of dictators.

Another goal is to eliminate online hate speech based on the opinions of statists. They think we need online “safe spaces” created by them and supervised by them.

Their conclusion clearly states that they expect to establish a POLICING REGIME to eliminate what they see as unacceptable content and behavior.

This is by the way part of the 2030 sustainable development goals we have written about extensively on the Sentinel. Gender equality is the umbrella under which they say this must be done.

It isn’t ISIS raping and slaughtering young Christian and Yezidi girls and women they are concerned about. They don’t have much concern for men or boys. It’s the same type of inexplicable delusion we see in the President of the United States….

Amazing isn’t it that the nations pushing the war on free speech and thought under the guise of doing it to save women and girls oversee nations that denigrate and commit the most horrific crimes against women and girls.

Wake up America! Get your heads out of Xbox games, music videos, fake reality television programs and Hollywood flicks that spew propaganda. America’s first Black president is auctioning off our liberties as if he’s running a yard sale. 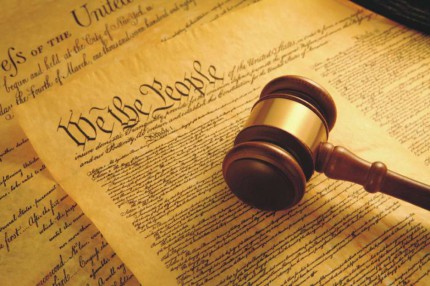 The courts have lawful authority under the supremacy clause of the federal Constitution (Art. VI, clause 2) to overturn SOME Amendments to State Constitutions and SOME State laws.

For example: Say a State law says you have to be 45 years old to run for President. That would conflict with Art. II, Sec. 1, clause 5, US Constitution, which establishes 35 years as the minimum age requirement. State laws can’t contradict the Constitution. So a court could properly strike down the State law which says Presidents must be at least 45 years old.

Suggested reading: Searching for “Marriage” in the Fourteenth Amendment by Publius Huldah

Pleas Retweet this. This violates Facebook standards and got Locked and Loaded deleted. @Talkmaster. @seanhannity pic.twitter.com/qskPROH9GC

Liberty Unyielding Late Monday, Facebook unpublished the popular pro-military “Locked and Loaded” page, while telling administrators that a picture of the United States Marine Corps emblem with a ribbon marked “In Remembrance” violated their community standards. Jason Light, an administrator from Atlanta, told this reporter in an exclusive interview the page was covering the funeral and burial of Marine Lance Corporal Skip Wells, who was killed in Chattanooga…. 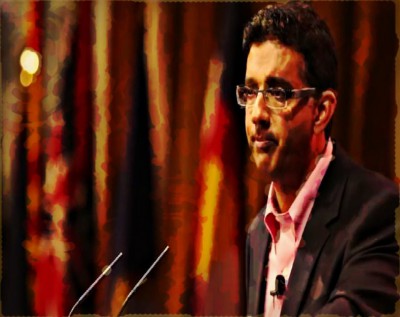 A judge ordered Dinesh D’Souza to seek psychiatric care. Did the judge declare D’Souza mentally ill because he is a conservative leader? Find out.

This is not about Dinesh D’Souza the man or whether one likes him or not. It is about putting a label on, gagging D’Souza through the 2016 presidential election season. After all, the Clintons, among others cannot have D’Souza out there doing movies and writing books about Bill, Hillary or even Bernie; and should D’Souza manage to do so, U.S. District Judge Richard M. Berman is more than willing to provide ammunition to be used against this political prisoner in a “pay that mad man no attention” kind of way.

NEW YORK – A psychiatrist’s report reviewed by WND confirms statements from defense attorney Benjamin Brafman to U.S. District Judge Richard M. Berman in a sentencing review hearing in Manhattan that his client, filmmaker and bestselling author Dinesh D’Souza, is not suffering from any psychological disorders.

WND reported after the hearing that Berman, a Democrat appointed to the federal bench by President Bill Clinton in 1998, said he considers D’Souza’s violation of campaign-finance laws to be evidence of a psychological problem and ordered further counseling….

In other words, Conservatism is a mental illness as ordained by a Clinton appointee. Killing two birds with one stone, (no pun intended); Berman is sending a message to all other voices of opposition that says, “You’re next.” Appalling and a disgrace to America’s judicial system.

What we have here is an extremist sitting on the bench wearing s black robe sentencing an American to be re-educated because one having viewpoints not in line with the collective means that one is psychologically unfit so let the retraining begin.

Wake Up America, a precedent is being set here. No longer can we say that that these things would never occur here.