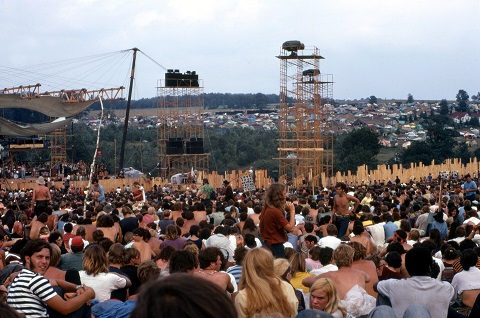 The lines of a ditty from the early 1960s suddenly popped into my head, recently.

It was late lest September, as well as I can remember

While strolling though the park in tipsy pride

Not a word did I utter, as I lay down in the gutter

And this pig came up and lay down by my side

When this high-tone lady came, and I heard her say…

“You may tell someone who boozes…by he company he chooses”

And the pig got up and slowly walked away

I was 17 at the time, 56 years ago and I still remembered those words. See the video below, only because of the song.

It was sung by the New Christy Minstrels, a very popular folk group from the early 60s. and I saw them sing this live in concert in 1963. It was part of a medley of humorous ditties called Bits and Pieces and this grainy piece of film shows the group and the audience, mostly college kids.

Pay attention to the way the students responded to what would today be considered childish humor.

(Sorry, no video link, so you gotta cut and paste)

This is a conversation I can only begin as I won’t live to see it finished, but we need to back and rethink some things.

In scrolling through YouTube videos of live performances filmed and recorded on college campuses by the top vocal groups of that period, the Kingston Trio, Peter Paul and Mary, and these New Christy Minstrels, I saw live in concert my senior year in high school in a sold out university basketball arena.

It never dawned on me then that this concert format would die before the end of the decade, as would the folk music craze in general. Pop bands and vocalists (both black and white) were popular since the mid-50s, Bill Haley, Buddy Holly and Elvis (I saw Elvis’ first appearance on Ed Sullivan in 1956, when the cameras only showed Elvis from the waist up.) the best examples, and I was a regular at a local youth center since 1957[…]

(I should have waited a day, too hasty on the Nullification part, needed a rewrite.)

(I originally titled this piece “Lincoln Fought a Civil War to Keep the South in the Union, What Will Donald Trump Have to Offer to get California to Leave?”. It started out a little tongue-in-cheek, but by the time I got to the punch-line I realized it isn’t a joke, and a secession isn’t feasible, even if negotiated, and jokes are funny if they don’t have an element of truth in them. Besides California, like the Democrats’ DACA issue which it tied directly to Nullification, can’t negotiate in good faith. They want their cake and eat to too. It’s just who they are.

This is becoming not only a serious issue, but an urgent issue, if we read the body language and words of California officials correctly.)

While visiting the Canada Maritimes in the 1980s, at the height of the Quebec secession movement, a poll was reported that 87% of Quebec voters favored secession.

But alongside the 87% of Quebecois desiring secession, a national poll showed that 92% of the rest of Canada wanted them gone. At least that was the joke going around Nova Scotia at the time.

Something like that exists in America about California. Most Americans would just as soon see California gone. And while unthinkable in the practical sense, as Britain is trying to do with the EU, I can’t think of a way all the constitutional requirements could be met for such a case of first instance. We have rulls for adding states (Hawaii, Alaska) but none for letting them go. Of course we fought a huge war to stop a bunch of them going 150 years ago. And, irony of irony, what Democrat in Congress would vote to let 55 guaranteed electoral votes walk out the door?

Democrats couldn’t run a decent gas station. They have shown they have no interest, or skill, in running a country unless they can run it as a fiefdom, totally in charge.

Unlike the CSA, who could muster enough troops, and the cream of the Union’s pre-secession military leadership, to lead the Union Army on a four-year chase around the South, California couldn’t muster enough police to round up the federal employees in the state, and expel them across the state line, much less repel an invasion at their border.

So if the United States wanted to use force to make California stay, California would have to stay. Remember, the South, the Confederacy, ‘started” the Civil War by seceding. Arguably, Abraham Lincoln ’caused” it, simply by his election, for they even warned the Government they would do this if Lincoln were elected.

But they didn’t give Lincoln a chance to negotiate, for seven states seceded  even before Lincoln was inaugurated in March, 1861. The federal government immediately declared this act to be illegal, but before any kind of conferences could be scheduled, in April, 1861 the South Carolinians fired on Ft Sumpter, in Charleston Harbor, the only federal property in the state, ending any chance for a negotiated settlement anyway. Game on…

Hollywood has screwed up so much in their war against President Donald Trump that they’re dying for relevancy.

Furthermore, since all efforts to destroy President Trump have failed, Hollywood in collaboration with former Obama officials have created a website full of propaganda, the endgame of which is to destroy POTUS45.

So how disingenuous is Meathead, really? Suggested reading: The white élites who fund Black Lives Matter

The Mad Jewess by TMJ

Gimme a friggin break. Seth Rich was the one transmitting information to Wikileaks and all of the info was against the DNC…..Rich winds up dead and the Democrat Mafia party wants us to believe they didn’t murder him? Please…Everyone now knows that the DNC is mob rule. And, if you don’t believe this, take meds.

The Podesta family and the Clinton family have gotten together with their Caporegimes in order to mock the murder of Seth Rich. This is so typical of these Communists. How many did the Commies murder in the last century? 100 million? That’s worse than Hitler. The Democrat Mob knows they’re all a bunch of murderous psychopaths.

Hillary made her bones long ago:

How do these Mafia Liberal bastards keep getting away with this!?

On Sunday, I posted a call to action on behalf of Progress Rose, president of NY ICE entitled, NY ICE Counter Demonstration THIS Thursday, April 14, at 5:30pm at Grand Hyatt!

NY ICE’s call to action is a counter-protest to a protest-taking place this Thursday in front of the New York City at the New York State GOP Gala in New York City near Grand Central Station by Communist organization, Come Together Against Hate.

The rally is supposedly in protest of Donald Trump but let’s be real, anything connected to the Republican Party would fit the bill. Donald Trump is merely a talking point and propaganda tool to justify the actions of brown shirts.

The protest organized via Facebook page, Protest Donald Trump at the NY State Republican Gala is expected to eclipse that of last month’s anti-Trump protest rally in Chicago.

Organizers planning an anti-Donald Trump protest in New York City next week expect thousands of people to show up when the GOP presidential frontrunner speaks at the New York State GOP Gala on Trump’s home turf of Manhattan, Breitbart News has learned.

The protesters have set up a Facebook Event page “Protest Donald Trump at the NY State Republican Gala.” According to the page, organizers anticipate thousands will attend the protest of Donald Trump’s appearance at the Republican Gala at the Grand Hyatt in New York City on April 14th. Ohio Gov. John Kasich and Sen. Ted Cruz (R-TX) are also attending…

As posted on their FB page:

We have listened for long enough. Now it is time to come together against hate. It is time to stand on the shoulders of those who built our city, and come together as New Yorkers and say, “Mr. Trump – you do not speak for us; you do not represent us and we will not let your bigotry, xenophobia, misogyny, racism and hatred go unanswered anymore.”

Since June, we have listened to Donald Trump attack women, Mexicans, Muslims, the disabled, and anyone who didnt support Making America Hate Again. We have listened to Mr. Trump encourage his supporters to “knock the hell” out of protestors offering to pay their legal fees and suggest that he’d like to “punch (a protestor) in the face.” We have listened to him disparage his fellow republican candidates, denigrate the democratic candidates, belittle the press and deprecate all who disagree with him.

On this day we will come together, and say no to his thirst for hatred, and violence.

Funny how an organization would call itself, Come Together Against Hate , espouse Marxist propaganda/talking points and accuse others of that which they themselves are guilty only to converge upon the streets of America like a swarm of wildebeests or plague of wild boar.

Progressives are not about to risk losing eight years of gains under Barack Obama. Besides, George Soros must be paying really well this year.

Moveon.org (which should be designated as a terrorists organization) is bragging on Twitter about how they supported the organized ‘non-violent’ violent protests in Chicago that led to the Trump Rally being cancelled. Moveon.org is responsible for images such as this:

As staged by Barack Obama’s brownshirts and funded by George Soros and fellow Progressive goons. The agenda take Trump down. Gee, where else are we hearing that cry?