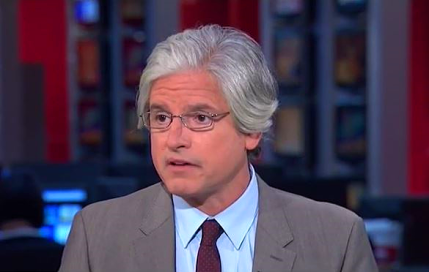 If you have a blog and have noticed over the past year that your stats have taken a nose-dive and that your posts to social media mysteriously goes MIA, there’s a reason for that.

The war that is waged against President Donald Trump is a war waged against all of America.  The primary targets are Conservatives, Trump supporters on the left and the right, Libertarians, Independents, i.e., anyone who speaks out against Communism, reports positively on the President, and not fazed by the propaganda, smoke and mirrors.

In case you haven’t noticed, brainwashing, fake news, hysteria and lies is the path, i.e., the result of decades of Jerry Springer and fake-reality television programs, viewers are conditioned to accept and not to question that which is obvious propaganda and tainted realities.

The memo/manifesto, “Democracy Matters: Strategic Plan for Action,” outlines Brock’s four-year agenda to attack Trump and Republicans using Media Matters, American Bridge, Citizens for Responsibility and Ethics in Washington (CREW), and Shareblue, each with their own strategy and attack plan.

Created by Brock, the document was given out at a private meeting with deep-pocketed liberals/leftists in January. The meeting was led by David Brock, founder of Media Matters and a close ally of George Soros who also provides much of his funding.

On the surface, it’s a plan to influence the media and the public over the next four years but, at its core, it is a plan to manipulate and control the populace.

The nuanced document claims the moral high-ground and insists they have the “moral responsibility” to fight the right-wing.

The talk of impeachment is Media Matters idea; controlling Google and Facebook is their idea; delegitimizing Trump’s presidency and Republicans – their idea; partnering with Facebook and Google to fight so-called “fake news” – theirs.

Everything they outlined is taking place.

Media Matters will expand to do the following

For the next four years, Media Matters will, according to the document, fight right-wing “misinformation” and “propaganda”; “Google and Facebook” will not “enrich fake news sites and propagandists” [they will punish the sites if they don’t cooperate]; “alt-right social media harassment campaigns…will be punished and halted.

They are in fact going after everything right-wing.