A few days ago, Hillary Clinton responded to the release of the Benghazi Report by saying that t’s time to move on.” Translation: GET OVER IT!

The smugness and nastiness of Clinton’s statement was not lost on Dr. Dorothy Woods, widow of Tyrone Woods, one of the four Americans killed in the Benghazi Islamic terrorist attack in Libya, September1 1, 2012.

BURNETT: Dorothy, Hillary Clinton, was there a report obviously out this week that both Democrats and Republicans, this has become so politicized and there was a report that came out and here’s what she had to say about it.

HILLARY CLINTON (D), PRESUMPTIVE PRESIDENTIAL NOMINEE: I’ll leave it to others to characterize this report, but I think it’s pretty clear it’s time to move on.

BURNETT: How do you feel, Dorothy, when you hear that response?

WOODS: Well, it — it goes back to what I just said. I think that nobody in government can tell me how I feel, what I should feel about it. She has night nor does anyone in government have the right to tell me it’s time to move on. They’re not in my shoes.

I agree in a way with her it’s for the public to decide, some people have made their decision, others haven’t, but the facts are there, and it’s up to the Americans, the American people to really figure out where they fall in this. 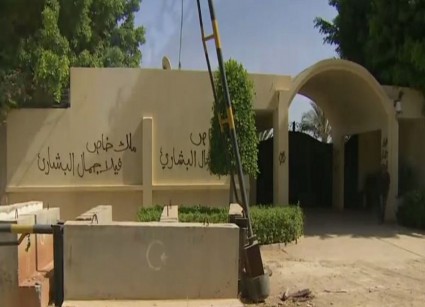 ‘The attack was an organized operation with specific information the US Ambassador was present.’ – Defense Intelligence Agency cable, September 12, 2012

(Washington, DC) – Judicial Watch announced today that it uncovered a September 12, 2012, cable from the Defense Intelligence Agency (DIA) to the Department of State Command Center (DSCC) revealing that the Obama administration was informed within 24 hours that the attack on the U.S. Special Mission Compound in Benghazi was “an organized operation” carried out by a “Salafi terrorism group” in retaliation for the killing of al-Qaeda’s second in command, Libyan national Abu Yahya al-Libi. The documents, from the DSCC, were provided to Judicial Watch in response to a court order in a Freedom of Information Act (FOIA) lawsuit filed in the U.S. District Court for the District of Columbia on October 16, 2014, (Judicial Watch v. U.S. Department of State (No. 1:14-cv-01733)).

The lawsuit seeks “any and all logs, reports, or other records” the Washington-based Diplomatic Security Command Center produced between September 10, 2012, and September 13, 2012, relating to the terrorist attack on the U.S. compound in Benghazi, Libya. The DIA cable obtained by Judicial Watch states:  “The attack was an organized operation with specific information that the US Ambassador was present.”

The DIA cable was emailed to numerous State Department recipients by the DSCC at the request of the National Counter Terrorism Center (NCTC), further confirming that the Obama administration knew the assault was a well-organized terrorist attack before President Obama, Secretary of State Hillary Clinton and National Security Advisor Susan Rice claimed the assault was the result of an “unpremeditated… spontaneous protest” over an obscure Internet video….

Below is the communication between Defense Intelligence Agency (DIA) to the Department of State Command Center (DSCC) stating that the September 11. 2012 Islamic terrorist attack on the US Consulate in Benghazi, Libya “was in retaliation for the killing of an Al Qaeda operative.” 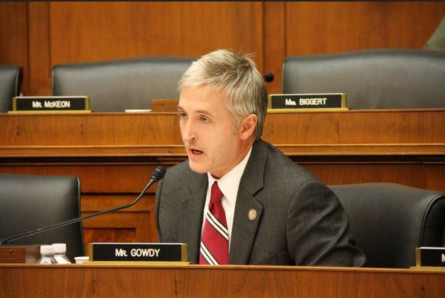 Rep. Elijah Cummings has called Benghazi Committee Chair Rep. Trey Gowdy a liar and he has demanded he apologize to Hillary Clinton for saying she violated national security. This is typical Cummings. He is the wolf in the House. His viciousness is only outdone by the leftist attack blogs.

Cummings put his accusations in a letter that he sent to Gowdy who responded in kind.

Media Matters and Daily Kos are falsely claiming that Rep. Gowdy confessed to altering documents in order to make false allegations against Hillary. It’s only meant to discredit Gowdy and the work of the committee before Hillary’s testimony on Thursday. They are capitalizing on statements by Reps. McCarthy and Hanna suggesting the Benghazi committee was politically motivated and attempting to damage Mrs. Clinton […]

Click Here To Read The Rest of: Vicious Attacks on Trey Gowdy Expose the Dark Underbelly of Leftist Politics

While many are losing patience with Trey Gowdy, the Progressive Republican Party establishment is colluding with comrades in the DSA to smear Congressman Gowdy, destroy the integrity of any further investigations and its findings thereby permitting Hillary thug Clinton to escape justice…and Barack Obama, for that matter.

Just the tip of the iceberg as to why Benghazi STILL MATTERS:

The September 12, 2012 Islamic terrorist attacks on the U. S. Consulate and CIA Safe House in Benghazi, Libya was the second Islamic terrorist attack on U. S. soil which resulted in the death of four Americans, U. S. Ambassador, Christopher Stevens, Ambassador, Information Officer Sean Smith, Navy SEAL Tyrone Woods and Tyron Woods (Navy Seal), the injuries of at least three dozen others and the biggest cover up in American history. 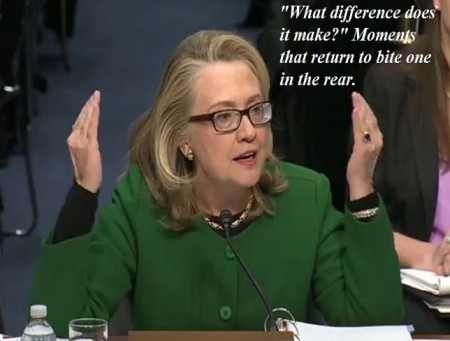 Before the attack, there was ample warning that the U.S. consulate in Benghazi wasn’t secure, with terrorist threats in the area multiplying. Even the International Red Cross had pulled out of Benghazi. After a string of requests from the U.S. Embassy in Tripoli for more security, in mid-August came a joint Embassy-CIA recommendation to move the State Department’s people into the CIA’s Benghazi compound. The State Department in Washington was invariably unresponsive, even though, as Joint Chiefs Chairman Gen. Martin Dempsey later testified, the rising terrorist threat in Libya was well known.

Given her self-proclaimed central role in deposing dictator Moammar Gadhafi, why was Mrs. Clinton so detached from the deteriorating situation in Libya? She has so far dodged the issue, pawning off such “technical” matters on her subordinates…

River unleashed on colleague Watters during an episode of “The Five” when Watters argued that then-secretary of state Hillary Clinton “left her ambassador behind” in Libya.

“That’s such a lie!” an incensed Rivera said. “Such a lie! Where do you get [inaudible]?”

Ah yes, Geraldo. Just like there was gold and other treasures hidden in Al Capone’s vault. 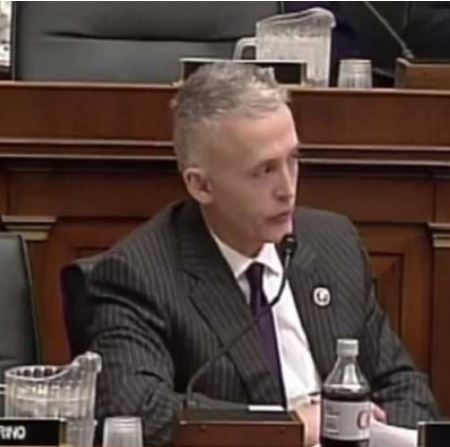 The Benghazi committee was instantly transformed into a “political” committee” meant to weaken Hillary Clinton after Kevin McCarthy suggested to Sean Hannity that the committee was responsible for her lower poll numbers, which he later said was not his intention. Trey Gowdy, who chairs the Benghazi committee, was a no-show at the interview of Hillary’s closest and most trusted aide, Huma Abedin, an interview the AP described as a “grilling” though no one in the closed hearing did[…]

My gut feeling is that “the fix is in;” and for that I blame, John Boehner, Mitch McConnell and Kevin McCarthy.  They are doing the bidding of Barack Obama.