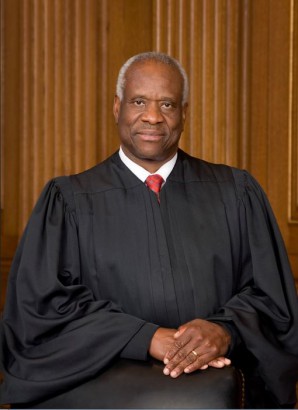 The purpose of the document might suggest Clinton, or at least those closest to her and in her circle, are interested in impeaching Justice Thomas.

The document contains information from Brock about his book, The Real Anita Hill, and other similar points on Justice Thomas’s personal life.

The document contains details of Brock himself potentially intimidating women close to Justice Thomas. These details were from a 2001 New York Times article, in which the author reached out to a colleague of Thomas, Kaye Savage…’

What are the odds that if elected, Hillary Clinton will going after Clarence Thomas?????

Impeaching Thomas would mean one less Conservative judge in the Supreme Court. Say that they are clearing Hill’s name in the name of justice and besides, it is for the greater good. Greater good being tilting the balance of power that is already questionable in the Supreme Court even further left for decades to come.