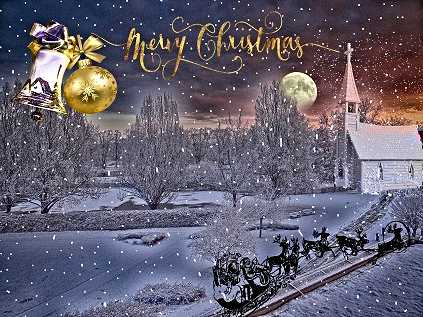 Here we are again, America, at the most joyous time of the year, i.e.,

As expected, there are those who are triggered by all things,

They are working hard this Christmas season in their endless war against Christians/Christmas  from how the many ways that Christmas is celebrated, including the events, sights and sounds of the holiday.  For some reason, the sound of Christmas to anti-Christian ideologues is the equivalent of nails raking  across a chalkboard. My response:

To that I say, joyful noise. Turn it up, turn it up!

Speaking of which anti-Christian/anti-Christmas ideologues have zeroed in this year on the all-time favorite and Christmas classic, “Baby, It’s Cold Outside” written in 1944 by songwriter, Frank Loesser.

Politically correct radio stations who have no objection playing Robin Thicke’s “Blurred Lines” is on the warpath against a song written almost seven decades ago thanks to the useful idiots aka the Me Too movement.

According to the Me Too movement, i.e., the same people who brought us the Kavanaugh fiasco, “Baby, It’s Cold Outside” is a date rape song.  Really.

Radio listeners are having none of it and radio stations are not towing the line to please these Marxist ideologues. The flag has been planted and it is no retreat, no return. Again, the MeToo movement has chosen the wrong hill to die on but then they have been doing that a lot lately.

The song gained its claim to fame in the 1949 comedy film, “Neptune’s Daughter” and  went on in 1950 to won an Academy Award for the Best Original Song as performed by Ricardo Montalban and Esther Williams.

Loesser wrote Baby, It’s Cold Outside,” a call and response duet in which the male character attempts to convince the female character to spend the night due to outside weather conditions (cold and snow) for his wife to sing at Lynn Garland, at “their housewarming party in New York City at the Navarro Hotel. They sang the song to indicate to guests that it was time to leave.”

Red Skelton and Betty Garrett who also appeared in “Neptune’s Daughter” delivers a very funny performance of Baby, It’s Cold Outside” as well, only the roles are reversed.  It is definitely a must see.

Although you may have seen it at least a dozen times over the past two weeks, below is the  performance from the movie “Neptune’s Daughter” starring Ricardo Montalban and Esther Williams.  The videographer also included Red Skelton and Betty Garrett’s performance of “Baby, It’s Cold outside.”

Another great version is “Baby, It’s Cold Outside” as sung by none other than Dean Martin and Martina McBride.

Irony bites the MeToo Movement in the Rear —

I have no doubt that Dean Martin’s estate is laughing all the way to the bank.  Martin’s version of “Baby, It’s Cold Outside” made Top Ten Digital Songs Sales Chart last week.  I kid you not.  (Screenshot below)

How about that? Meek Mill and Drake are number 17 and the late, great Dean Martin is number 10.  Adding to that, this is a first for the song, “Baby, It’s Cold Outside.”

For a second consecutive week, Martin’s cover is the second-best-selling holiday song, below Mariah Carey‘s “All I Want for Christmas Is You” (14,000, down 6 percent)[…]

Talk about the wrong hill to die on?  Other versions of “Baby, It’s Cold Outside” is showing up on the charts as well.

One of the latest versions of “Baby, It’s Cold Outside” to my knowledge is a short Barnes & Noble ad featuring Lady Gaga and Tony Bennett.

Bound to trigger the politically correct, is the 2013 performance of “Baby, It’s Cold Outside” by Gaga and Joseph Gordon-Levittthat in the Thanksgiving/Christmas holiday special, “Lady Gaga & The Muppets’ Holiday Spectacular“ that aired on ABC in 2013.

I suspect that ideologues would blame these performances on the immorality of white privilege or some crap.

If that is the case, then version of “Baby, It’s Cold Outside” performed by Idina Menzel and Michael Bublé is really going to send snowflakes and those begging to be oppressed over the top.  A well choreographed version, the performance brings home the point that it’s about innocent banter and not a “rape song” as labeled by Me Too fanatics.  The singing and performance is a real classic and the child performers are marvelous. See the video below.

What more proof do we need to show that the war on Caucasians, especially Cacucasian men is pure b.s.!

The song “Baby, It’s Cold Outside” is extremely popular and crosses the line of color.  There are countless versions as well of the song performed by African American duets.

and the duet of Ella Fitzgerald and Louis Jordan —

Note that Ray Charles sang the song with several artists, among them were Dionne Warwick years ago at the Grammy’s.

William Shatner nailed it and while anti-Christmas ideologues and MeToo snowflakes attempted to pillory Captain Kirk for calling out the obvious, they failed.

Okay, so now that I have inundated you with so many versions of “Baby, It’s Cold Outside” that I lost count, you might ask, what is my point?

Is ‘Baby It’s Cold Outside’ Too Offensive? Students React

You have to see it to believe it.

These kids are miserable.

Moving on…I promise.  This is the last version of “Baby, It’s Cold Outside” as performed by Dolly Parton and Rod Stewart.

5 thoughts on “As the War on Christmas Fails, “Baby, It’s Cold Outside.” (Videos)”