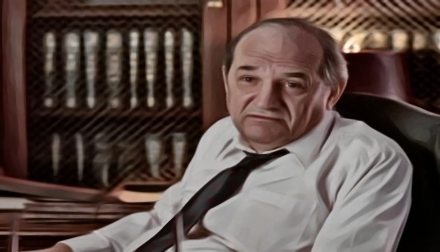 I’m not here to talk about the facts inferred in the title, but our incessant impatience that it all hasn’t been laid bare for us so far.

There are several reasons, some fact-based, matching hard evidence to hard law to hard rules of criminal procedure, this latter only a few insiders such as Andy McCarthy know well. I’ve tried cases in federal and criminal jurisdictions, but would never claim to be knowledgeable about current criminal procedure in any jurisdiction. I just know it’s there.

But you don’t have to be any kind of legal expert to have watched a few “Law and Order” episodes and to know that every DA’s worst nightmare is to run across a 20-year cop who suddenly shows up in a case as being dirty; for having planted evidence or taken bribes. On-the-take lawyers in the DA’s office are far fewer, and judges on the trial bench even more rare, but each calls down a thunderstorm of troubles for the institution and the people on the top floor who have to deal with it.

Using the dirty cop as an example, the front office of the DA’s office must first, before proceeding with any public charges, or plea offers, review every previous case or bust the cop was involved in and consider whether those previous convictions might not also be compromised. Once the cop’s name goes public, defense lawyers and the usual gaggle of sometimes politically-oriented NGO’s will come out of the woodwork, asking for everything from judiclal review, an appeal or out-and-out dismissal.

You don’t have to be especially legal-savvy to understand this, Just recall some old “Law and Order” episodes, because they covered the full array of the title; dirty cop, dirty lawyer and dirty judge.

Say the police detectives, Lenny Brisco and Mike Noth, find that a 20-year veteran had planted evidence. These good cops takes this to the Lieutenant, who then takes it to the chief prosecuting DA, Ben Stone, who then must take it to the city District Attorney, my favorite, the good Adam Schiff, not to be confused with the bad Adam Schiff from California,

The Good Adam sees the problem right away; political, legal, and institutional. He has to determine whether the 20 -years’ worth of busts and convictions can be overturned because of this recent revelation, so, if possible only has his two-person team scour the past cases to see if they may have been compromised. many hours. There would have been dozens in which the bad cop testified and his report was a part of evidence[…]