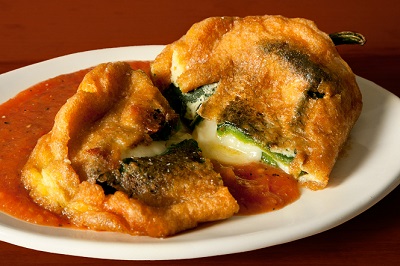 You all know by now about the assault on a swank DC Mexican Restaurant by a group of American political terrorists. The story and video are available from several sources, some sympathetic, others outraged.

This one runs over 10 minutes, providing the full scope of the “battle area”.

Rather than get your panties in a bunch about the insolence or language, which has become so common and predictable as to be ordinary anymore, from a large part of our educated youth these days, notice the rest of restaurant, and the general absence of restaurant management. Again, for over 10 minutes.

Now, WHAT IF, what if just one of those patrons had stood up, picked up his or her plate of chili rellenos, and calmly walked over to where one of the loud-mouths were standing, and face planted those chili rellenos.

In Hollywood, this is called a “show stopper”, for there is usually a pregnant pause of several seconds once some new twist of action comes from out of nowhere, and no one, no one is sure what comes next.

In the famous Peckinpah western, “Wild Bunch”, this is the perfect example, and under the circumstances, the prefect setting:

For a few second no one knows what comes next. Then all hell breaks lose.

(Spoiler alert, if you haven’t seen it, the four gringos are killed, but not before taking out all of management, and about 200 of their front line employees.)

So, back at the restaurant, here we are with a soiled would be Antifa hero, a plateful of cheese and chili stuff running down his best tee-shirt, trying to decide whether to look cool or revert to his/her 11-year old foot stomping teat fit at FAO Schwarz’s[…]

7 thoughts on “What If? Are Chili Rellenos the Answer?”