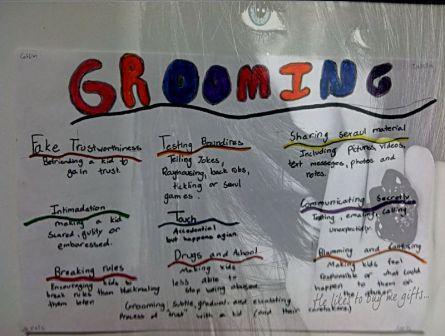 The cover up of the century, more than one million white children are suspected of having been violently or raped by gangs of Muslim savages across the United Kingdom.

For almost four decades’ teenage Muslim boys known as “Romeos” have preyed upon and lured white girls as young as nine years old and mostly from broken homes with gifts and drugs grooming them for that moment when their lives would suddenly be turned upside down by their “Romeos” and their lives threatened should they tell anyone.

While it’s an outrage and the world ought to be up in arms, there is a cover up in play, a media blackout.

As a matter of fact, one would be hard put to find a news report in the mainstream media because political correctness dictates that the savage acts of Muslim rape gangs preying on non-Muslim children must be buried and anyone who dares to report on these Muslim rape gangs are labeled Islamophobic.

Policy analyst George Igler says, “When you encounter an issue that is just so unbelievable, just so outside your frame of reference and understanding, the immediate human reaction is just one to not believe it at all….”

This is when some shout ‘racism,’ but here are the facts: calculations based on convictions show that a British Muslim male is 170 times more likely to be a part of sex grooming gang than a non-Muslim. And there are no recorded instances of non-Muslims doing this to Muslim girls as part of a criminal enterprise. In one local jurisdiction, it was estimated that six out of seven Muslim males either knew about, or were part of, a grooming gang.

Igler says, “What you do not have is any example of non-Muslim men targeting Muslim girls for this organized form of abuse[…]

The truth speaks for itself.