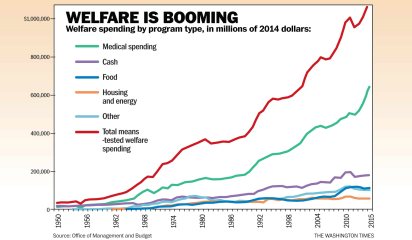 The first was an announcement by the feds that food stamps can be used to have groceries delivered right to a recipient’s door. Service with a smile. The Obama administration says it is too much of a hardship for those on welfare to actually travel to the grocery store. What’s next? Cooking the meal for them? If only the DMV would do home deliveries for drivers licenses….

The welfare/entitlement state of mind has spiraled out of control in America. No one is lifting a finger of opposition. The cost of welfare is now well over $1 trillion a year. Food stamps are so ubiquitous that they have replaced dollars as the new standard currency in many inner cities in America. Even in affluent areas with upscale grocery stores, food stamp recipients fill their carts with everything from cakes to lobster[…]