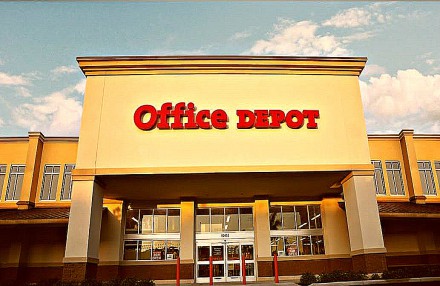 An Office Depot in Schaumburg, Illinois discriminated against Christians and Pro-Lifers when it refused to print 500 copies of “A Prayer for the Conversion of Planned Parenthood” needed for Sunday mass.

Refusal to print the publication is Office Depot policy according to employee Karen Denning who defending the corporation’s policy stated that “the copying of any type of material that advocates any form of racial or religious discrimination or the persecution of certain groups of people….It also prohibits copying any type of copyrighted material…The flier contained material that advocates the persecution of people who support abortion rights.”

Maria Goldstein, 42, ordered 500 copies of “A Prayer for the Conversion of Planned Parenthood” at Office Depot in Schaumburg, Illinois, for distribution at her Roman Catholic parish’s Masses Sunday. The prayer was composed by national director of Priests for Life Father Frank Pavone, a Breitbart News contributor.

The handout, according to the Chicago Tribune, also included statistics about abortion in the United States and at Planned Parenthood, the nation’s largest abortion provider, which is currently under investigation by Congress after being exposed for its practices of harvesting the body parts of aborted babies and selling them on the open market….

A line in the prayer reads, “the evil that has been exposed in Planned Parenthood and in the entire abortion industry.”

For Office Depot, the truth is obviously a bitter pill to swallow.

Diane Demma, Office of the Chairman, after receiving a copy of the flyer by fax contacted Goldstein and informed her “if it makes employees feel uncomfortable they don’t have to print something.’ She also stated that they are ‘working on a policy’ for situations like this….”

In actuality then, if an employee refuses to print specific material under these circumstances, then said employee’s denial of service is not based on his or her own volition.

The language used by Demma, “working on a policy’ for situations like this” suggests that Office Depot who is in the business of “public accommodation,” is attempting to cover itself because of its unlawful discrimination and denial of service to Goldstein based on “religion and perceived status.”

Office Depot is in violation of ordinance laws (see page 2 of letter, which can be viewed below, or here in pdf format).

What is going on in America when a bakery is put out of business for refusing to violate their faith by baking wedding cakes for homosexuals then Office Depot in support of Planned Parenthood who murders innocent babies then harvests and sells their body parts refuses to print prayer publications for Christians and pro-lifers.