It’s time once again for the Watcher’s Council’s ‘Weasel Of The Week’ nominations, where we pick our choices to compete for the award of the famed Golden Weasel to a public figure who particularly deserves to be slimed and mocked for his or her dastardly deeds during the week. Every Tuesday morning, tune in for the Weasel of the Week nominations!

Here are this weeks’ nominees….

The Noisy Room : I nominate Debbie Wasserman Schultz this week for backing the horrendous Iranian nuclear deal and weeping while she did it. Those that vote for the Iran deal are not only traitors to the American people, they are traitors to Israel. Shame on them. They will go down in history as enabling those who would slaughter other Jews. These liberal Jews vote for anything and everything that undermines America and for the literal destruction of Israel. How dare Wasserman Schultz call herself Jewish. She announced today that she would become the 16th Jewish Democrat to support Obama’s Iranian nuclear deal, which gives the Islamic terrorist nation every thing they could dream of and arms them to the teeth. She says she did this for national security. Whose, Debbie? Certainly not America’s and definitely not Israel’s. I think someone made her an offer she couldn’t refuse… one that was worth selling out her brothers and sisters. I hate to break it to her, but selling your soul damns you.

I’m not surprised over this. Disgusted and sickened, but not surprised. That ‘imperfect deal’ she keeps referring to guarantees war and death, possibly for millions. What’s worse is she knows it. No wonder Debbie couldn’t tell the difference between a Democrat and a socialist. There is none. In this case, think National Socialist. That’s right… Nazis. Even while she says this murderous pact is for national security, out of the other side of her mouth she says Democrats put politics before that same national security. Talk about a self-loathing Jew. Israel should turn their back on her. I would wager not even 27% support this monstrosity. Only the elitist Marxists do. 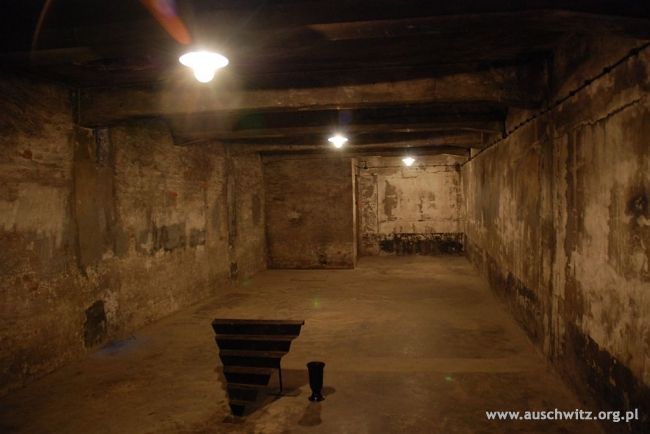 The Officials at Poland’s Auschwitz Memorial

Puma By Design : I nominate the officials at the Auschwitz Memorial as Weasel of the Week.

Because of the extreme heat this summer in Poland, officials at the Auschwitz Memorial installed misting showers at the museum’s entrance but failed to recognize the fact that “The Nazis used gas chambers disguised as showers to kill millions of prisoners during WWII.”

As a result, Jewish visitors, many old enough to remember the horrors of the holocaust were distressed by the presence of the misting showers and the insensitivity of the museum’s caretakers.

How on earth did museum officials not see this coming? Did they care?

Compounding the offense is what I consider a not so sympathetic statement from a representative of the Auschwitz Memorial (excerpt below):

…Among visitors there are many people who come from countries where such high temperatures as we have this summer in Poland do not occur. Something had to be done, as we have noticed cases of faints among people and other dangerous situations. Therefore we had to do everything we could to minimise the risks connected with the heat and high temperatures. The safety and health of visitors are our priority during the period of extreme heat. Cooling air have been really helpful to visitors in this difficult situation.

And one more thing. It is really hard for us to comment on some suggested historical references since the mist sprinkles do not look like showers and the fake showers installed by Germans inside some of the gas chambers were not used to deliver gas into them. Zyklon B was dropped inside the gas chambers in a completely different way – through holes in the ceiling or airtight drops in walls….

Translation: It is all about profits and those offended (Jews) will have to deal with it. Besides when the weather gets cooler, the museum will remove the showers but in the meantime, again, deal with it.

Shame on those running the Auschwitz Memorial. How could they?

JoshuaPundit : The 34 Democrat senators who decided pleasing Barack Obama by supporting his Iran appeasement is more important than America’s national security are all despicable in their own way. Ironically, most of them, like Delaware’s Chris Coons were on record as saying they would oppose a bad deal – and then announcing their support by saying that Obama and Kerry’s Iran deal is flawed and imperfect, but they support it anyway…even though every condition they said would constitute a good deal has been tossed aside.

Such men and women are unworthy of being called Americans, let alone holding office. Their allegiance is to something else.

And now we get to Minority Leader Harry Reid, who having whipped  the votes not only to block the Senate from opposing the Iran atrocity in the face of a certain Obama veto but possibly to filibuster it and keep it from  being voted on at all takes a moment to shove the Senate Republicans’ collective noses in it, with a cynical offer of a deal of his own.

Reid’s offer? He’ll allow the Iran deal to come to a vote in the Senate – provided GOP Majority Leader Mitch McConnell agrees to increase the number of votes needed to pass the measure! Sixty votes instead of a majority, just to stop this president from having to use a veto to shove this through. The Senate voted 98-1 to pass the Corker-Menendez bill outlining how the Senate will proceed on this matter…and now, Reid wants to change them and up the ante.Rest assured, if Harry Reid wasn’t fairly sure he could collect enough votes to block passage at the higher threshold, he wouldn’t be making this offer.

This, from the same man you used the nuclear option to quash senate rules on filibusters and get Barack Obama’s radical appointees confirmed.

This is Weaselness ne plus ultra, from a man whose corrupt nature is a byword for perfidy.

UPDATE: Yes, Reid knew he had the 41 votes all along.

Well, there it is. What a despicable group of  Weasels…ANY OF THEM COULD WIN! Check back Thursday to see which Weasel walks off with the statuette of shame!

Make sure to tune in every Monday for the Watcher’s Forum.

And remember, every Wednesday, the Council has its weekly contest with the members nominating two posts each, one written by themselves and one written by someone from outside the group for consideration by the whole Council. The votes are cast by the Council, and the results are posted on Friday morning.

It’s a weekly magazine of some of the best stuff written in the blogosphere, and you won’t want to miss it...or any of the other fantabulous Watcher’s Council content.

1 thought on “Our Weasel Of The Week Nominees!”