Warning:  It is no just the title of this post but the view from my window sill that will inflame useful idiots.  So be it.

Front Page magazine reported a few days ago that Black Lives Matter protesters hired by Missourians Organizing for Reform and Empowerment (MORE), formerly ACORN, have not been paid by the community organization for civil unrest and chaos they were hired to unleash (and did) on the town of Ferguson, St. Louis, Missouri among other places.

Black activists staged a sit-in last week in front of the offices of MORE to protest not receiving their $5000 per month salary and started the hashtag #CutTheCheck. There was also that agreement that MORE would cover the bail of anyone detained.

MORE has been active in the Ferguson protests and in efforts to free jailed demonstrators so they can continue vandalizing businesses, intimidating perceived adversaries, setting fires, throwing projectiles and human waste at cops, and engaging in the Left’s usual modes of so-called nonviolent protest. MORE believes that protesters should be given a blank check to inflict whatever harm they wish on the community in pursuit of social justice….

The Black activist organization, Millennial Activists United who staged the sit-in posted a letter on Tumblr and on their Facebook page. Screenshot below.

That’s the sound of violins tugging at my heart strings. NOT!

Note that some protesters were paid, I suspect incumbent upon their value to fellow Communist ideologues pulling the purse strings.

Some folks had apparently been paid like Deray McKesson, and others hadn’t, causing further discord.

…This protester indicates those who protested for more money were paid $2700 to stop making a fuss, but it would then impact the ability to protest over the summer in #Ferguson:

ABOUT WHO GOT PAID AND WHY

Those closest to the community organizers pulling the strings get paid, not really because they walked into the ACORN offices and screamed the loudest as many assume.  They were paid to shut up, and like Al Sharpton keep the insanity going, as proven by their Twitter and Facebook feeds.

by any means necessary.

As for the others, they will fall in lockstep or leave.  Their community organizing slave masters could care less.  After all, useful idiots come a dime a dozen….money talks.

Case in point, Brittany Ferrell and Ashley Yates both of whom receive thousands on behalf of MAU, Millenial Activists United. As pointed out by Weasel Zippers, “Ferrell, tries to justify her position in this Facebook post where she blames Ordower for screwing everything up.”

Yeah, MORE doing what community organizers do, distributed amongst the protesters a list naming those who were paid and the amount.   That tactic, of course, did not go over well.  I rest my case. 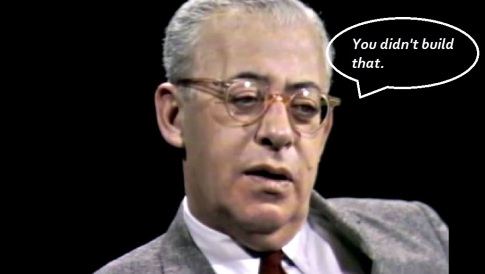 Elitist Black activists drunk on their Communist master’s kool-aid and the promise of $$$$ are under the common misconception that they are in control. 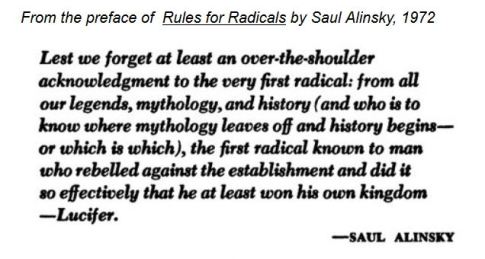 Community organizations, descendants of Saul Alinsky honed the skills of getting sock puppets to roll over more than a half century ago.

Long before the 60’s movement, white Marxists have used Blacks (dead and alive) as props to further their ideology. In so doing, many of these useful idiots were stiffed and betrayed.

Moreover, it takes a hell of a lot of nerve for one to assume that one deserves compensation for peddling the phony Black Lives Matter meme while demanding that others drink from the same pitcher of kool-aid.

MORE and other groups supporting the Black Lives Matter movement have received millions of dollars from radical America-hating financier George Soros (net worth: $24 billion). In the fall MORE even created an Amazon wedding registry so supporters could donate rioting supplies. And yesterday it was reported that hip hop performer Jay-Z and his wife Beyoncé (combined net worth: over $1 billion) wired tens of thousands of dollars to help bail out protesters jailed in the Black Lives Matter riots in Ferguson and Baltimore. Perhaps that money went to MORE.

These activists protesting on the blood and bodies of dead Black people, destroying the livelihoods of middle class America and the poor at the behest of their Communist slave masters whose agenda has nothing to do with dead Black men exposes this so-called  grassroots movement as anything but.  One has only to step back from the smoke and mirrors to see it.

4 thoughts on “Prostesters Hired to Burn Ferguson Down, Stiffed by Missouri ACORN Branch”