Nation in Distress, U S Flag 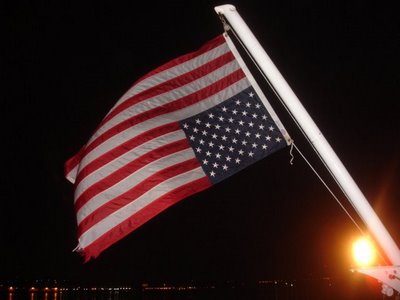 While, I am not taking a side here or will try not to, yes, post-election 2012 and four more years of Barack Obama in the White House, our nation is in dire straits or as some might prefer to say, DISTRESS.

That being said, how many of those who are standing in opposition to one man and woman expressing their freedom of speech (or not) spoke up against Progressives last year when they replaced the stars on the U. S. flag with the picture of Barack Obama?

Where were the hell were they then?

Speaking for myself, if I felt the need to fly the flag in such a manner, I would have righted the flag in honor of the 237th birthday of the U. S. Marine Corps and Veterans Day out of respect for our heroes.  Regardless of what we feel, we must never get so caught up that we lose respect for those who serve(d).

If I am missing something, please feel free to share.