“…Subsequent reviews of Wasserman Schultz’ congressional financial disclosures revealed a not widely known fact that she owns a second home in New Hampshire and is also not required to disclose her husband’s salary, which could very easily put her family among the top 1% of income earners in the country.  In addition, the Shark Tank recently reported that the Congresswoman splurged on a one-week luxury cruise ship vacation that cost tens of thousands of dollars- hardly an expenditure that ‘middle-class’ Americans can avail themselves of.  (Source –N.H Home/Cruise Ship)

According those these financial disclosure forms, Mr. and Mrs. Schultz of Weston, Florida have seen their assets almost  double since she was elected to the U.S. Congress in 2005.  When comparing Congresswoman Wasserman Schultz’s 2005 disclosure form with her 2011 form, the only other salary she drew besides her congressional salary was $26,320 she received from the Democrat National Committee).

The forms also state that Mr. Schultz’s salary is “$1,000 or more,” or “N/A” but don’t disclose his salary at Community Bank of Broward, where he is a bank vice president.

Again, Congresswoman Wasserman Schultz is not obligated to disclose her husband’s salary, but it is curious that the amount of Community Bank of Broward stock the Schultz’s had first acquired in 2005 does appear to have doubled according to her 2011 financial disclosures…”

So what is the problem?

The problem is that while Debbie Wasserman Schultz attacks Mitt Romney for his accounts and investments outside of the United States, wealth and for refusing to present his tax returns, DWS is a prime example of the pot calling the kettle black.

Wasserman herself has been living large, amassing quite a bit of wealth, invested in overseas entities and until earlier this year, failed to disclose a second home and land parcel.

“…Wasserman Schultz has been relentless in her mocking of Romney’s offshore holdings and tax records even after it was disclosed that she had her own offshore investments including a Swiss Bank Account and holdings in foreign drug companies and the State Bank of India. In a desperate attempt to distract from the president’s record of failure, Wasserman Schultz has tried to paint Romney as a “one percenter” who outsources American jobs overseas and is disconnected from the American people. Wasserman Schultz has even boldly claimed that “I’m a Middle Class American...

…Speaking of “offshore” interests, on 6/9/12 Congresswoman Wasserman Schultz took a one-week cruise aboard the Royal Caribbean ‘Oasis of the Seas’ luxury liner to the Western Caribbean, embarking from Port Everglades, Florida….

…The two-story, spiral-staircase ‘Loft Suite’ that Bruce’s son was invited up to was on the 17th deck that overlooked the rear of the ship. According to Royal Caribbean, a 7-Day Cruise for 4 guests ranges from $15,264.08 in the Crown Loft Suite, to $19,364.08 in the Sky Loft Suite. These two types of suites are only found on the 17th Deck….

…Also take into consideration that Wasserman Schultz’ family was a party of five on board the cruise ship, meaning that they would have been charged an additional $1615 for the fifth guest, bringing the cost of the cruise somewhere between $16,879.08 and $20,979.08….”

As mentioned above, Wasserman Schultz, One Percenter and hypocrite, owns a second home and land parcel in Merrimack County, New Hampshire for which she has had a mortgage since 2005 and failed to disclose until this year. 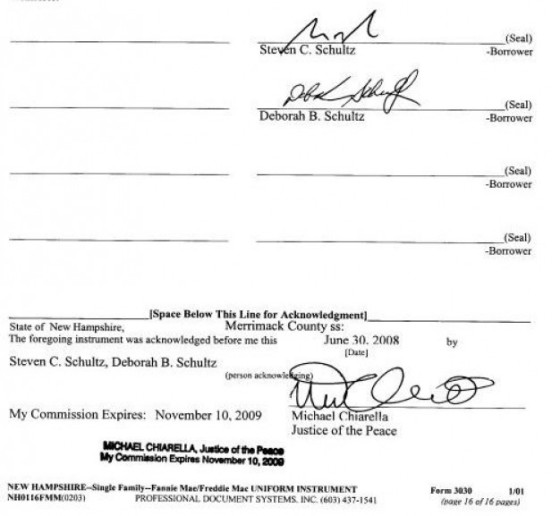 1 thought on “Debbie Wasserman Schultz, hypocrite AND one per center?”